MIDDLETOWN- The urgent search for a missing Middletown man is still underway. Peter Recchia has been missing for three days and now his daughter is pleading for... 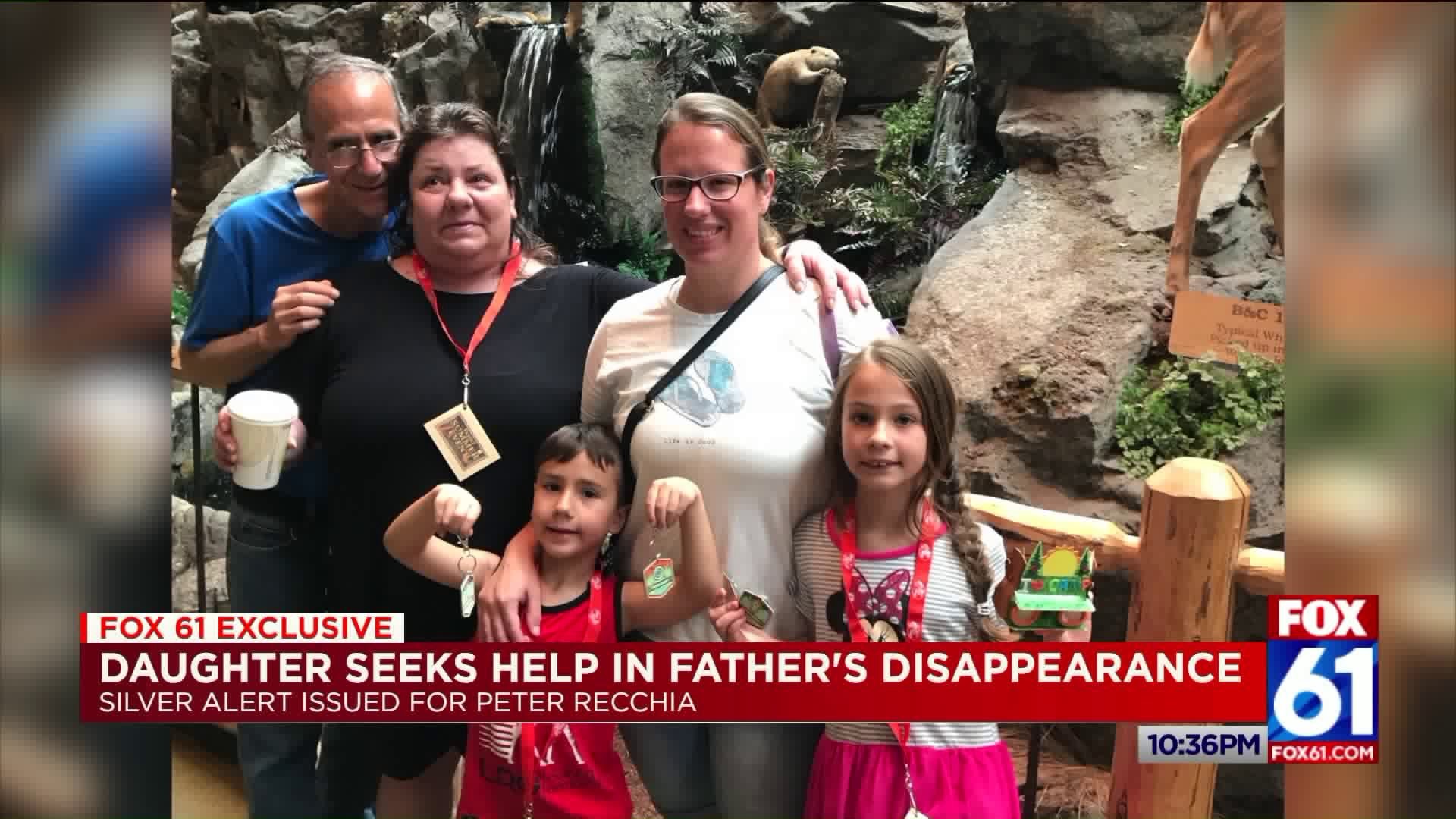 MIDDLETOWN- The urgent search for a missing Middletown man is still underway.

Peter Recchia has been missing for three days and now his daughter is pleading for any information that may lead to his discovery.

“The children love him so much, all I think about is how he would tell me ‘Bunny you’re such a good mom just take care of the children, don’t worry about me’’ Rodriguez said.

Middletown Police issued a silver alert for the 59-year-old on Tuesday.

FOX61 was the only station on the scene when Middletown and State Police searched Millers Pond State Park in Haddam, Wednesday morning.

Police said Recchia was last seen at the park on Sunday wearing a royal blue t-shirt, jeans, and black sneakers.

Detectives said they also pinged his cell phone near the area of Middlefield.

Rodriguez said her dad is known to take long walks but usually returns home by nightfall.

Police report Recchia has a history of mental illness. Rodriguez said her father was checked into Middlesex Hospital a few days before his disappearance, but was cleared by a psychiatrist and released.

“I just feel like my dad is somewhere between Middletown and Durham and we need help finding him,” Rodriguez said.

Residents with any information about Recchia’s disappearance are urged to contact Middletown Police.