EXCLUSIVE: Family reacts after a suspect in New Haven murder case is arraigned in court

NEW HAVEN — The suspect accused of killing a man in New Haven last week appeared in court Wednesday for the first time, fox61 was the only one in the cour... 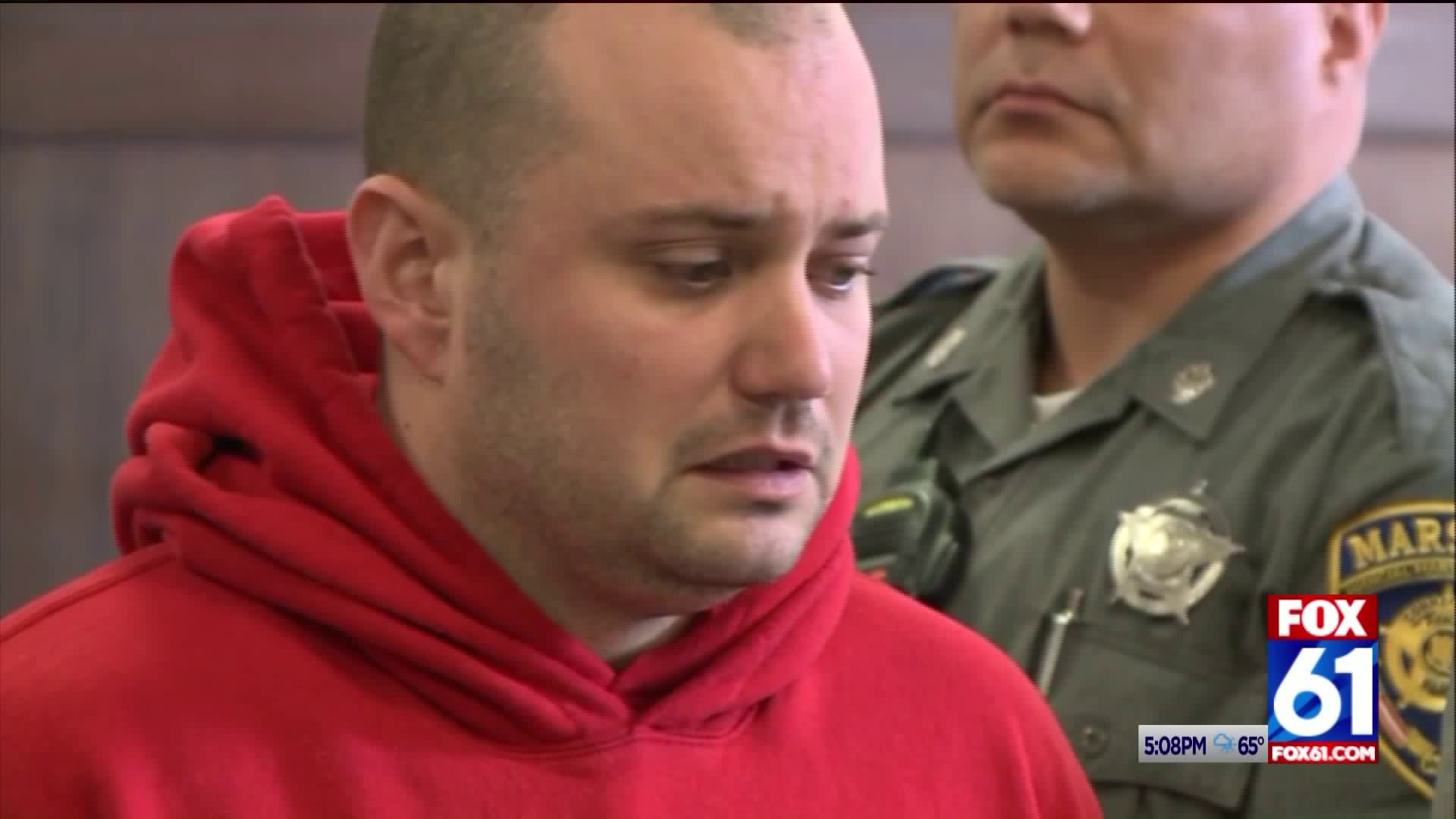 NEW HAVEN -- The suspect accused of killing a man in New Haven last week appeared in court Wednesday for the first time, fox61 was the only one in the courtroom as James Tobin was arraigned.

Prosecutors said they have a very strong case against 34-year-old James Tobin, but attorney’s representing Tobin say it’s more than one side to the story.

Frank Cirillo, who is an attorney representing Tobin said, “You know this case is going to go down to whether you believe his version of events or the state’s version of events… this was a drug deal that went wrong and unfortunately someone died.”

The prosecutor said, “It’s a cold-blooded murder your honor, he’s engaged in an illegal drug marijuana transaction where allegedly he is robbed.”

The state went on to say it was a drug deal gone wrong, where Tobin says Hart tried to rob him.

Then the report says during Tobin’s confession, he stated he was surrounded and robbed by Hart and three other males who have not been identified.

That’s when Tobin said he “saw red” and pursued the victim.

The prosecuter said, “He shoots at the robbers as they are fleeing, they get away. That’s not enough, he then goes the wrong way down a one-way street searching for the males who he believed robbed him and then when he found them… he shot.”

Prosecutors say Tobin then hid the weapon he used to shoot.

In the court documents, we learn that it was the surveillance video obtained from Congress Deli that helped link Tobin to the incident identifying his truck.

The same truck police say had a “For Sale” sign days after the shooting.

Attorney’s in Tobin’s defense say only time will tell what really happened the night Thomas Hart was killed.

When asking Cirillo if Tobin’s had a strong case for self-defense, he said, “I haven’t had the time to review all of the evidence. I have his story and I have the state’s version of story… probably the truth is somewhere in between.”

Hart’s family couldn’t make it to the arraignment, but sent a statement only to Fox61 that says the following:

"Our lives have been changed forever but my mind is at peace knowing the person responsible for the death of my brother has been found. I want to thank Detective Paul D’Andrea and the team of detectives at the New have Police department for working so hard to make sure my brother was brought the justice he deserves. My brother wasn’t perfect but he was ours. We loved him unconditionally and he did not deserve to die. Our family and his friends have suffered a tremendous loss and for that, we will not be the same. We will never hear that laugh, see that smile, or feel the warmth of his hug ever again. My son will never know his Uncle Tommy. James Tobin took that from us. We will move forward together to hold his memory close and try to begin to heal. We will never forget the impact you’ve made to our family and the lives of others, we are lucky to have had you in our lives. Rest easy Tommy, we love you so very much."

We are all glad that justice has been served and thankful to all the hard work and effort the new haven police put in that led to the arrest that has been made. This shooter took away someone’s favorite uncle, a brother, cousin, nephew, friend, a human being who didn’t deserve this fatal ending. There is nothing that could justify a death so horrible, LT didn’t deserve this. There is no happy ending involved in any of this but hurt, pain, grief, regret and tragedy. It’s always tragic seeing all the gun violence in the news and then it happens to someone in your immediate family and the pain is unimaginable, feeling never-ending. Even with justice served it still hurts tremendously. It doesn’t make anything go away or stop hurting, it just cools down the anger. My kids won’t understand any of this and now they’re forced to grow older without their most cherished uncle, someone who was their absolute favorite. Where is the justice in that? Not to mention us who grew up in the same house as LT, our brother and cousin. All that is left is memories and that’s not fair! Please stop the gun violence. Stop using weapons and taking lives. It has affected so many people, in a ripple effect, not just your victim. RIP Thomas Hart, you’re never forgotten buddy. I wish you knew how loved you were.

Tobin is being held on 2-million-dollar bond and he is set to appear again in court on June 18th.

The family reached out to Fox61 to ask for help as they look for the funds to bury Hart.

If you wish to help you can do say by going to the following link: https://www.gofundme.com/zc5xef-justice-for-el-tee