EXCLUSIVE: Family speaks out after dog was killed at Windsor Locks doggy daycare

WINDSOR LOCKS  — A couple is grieving the loss of their beloved pet. But the circumstances surrounding his death at a Windsor Locks doggie daycare are the... 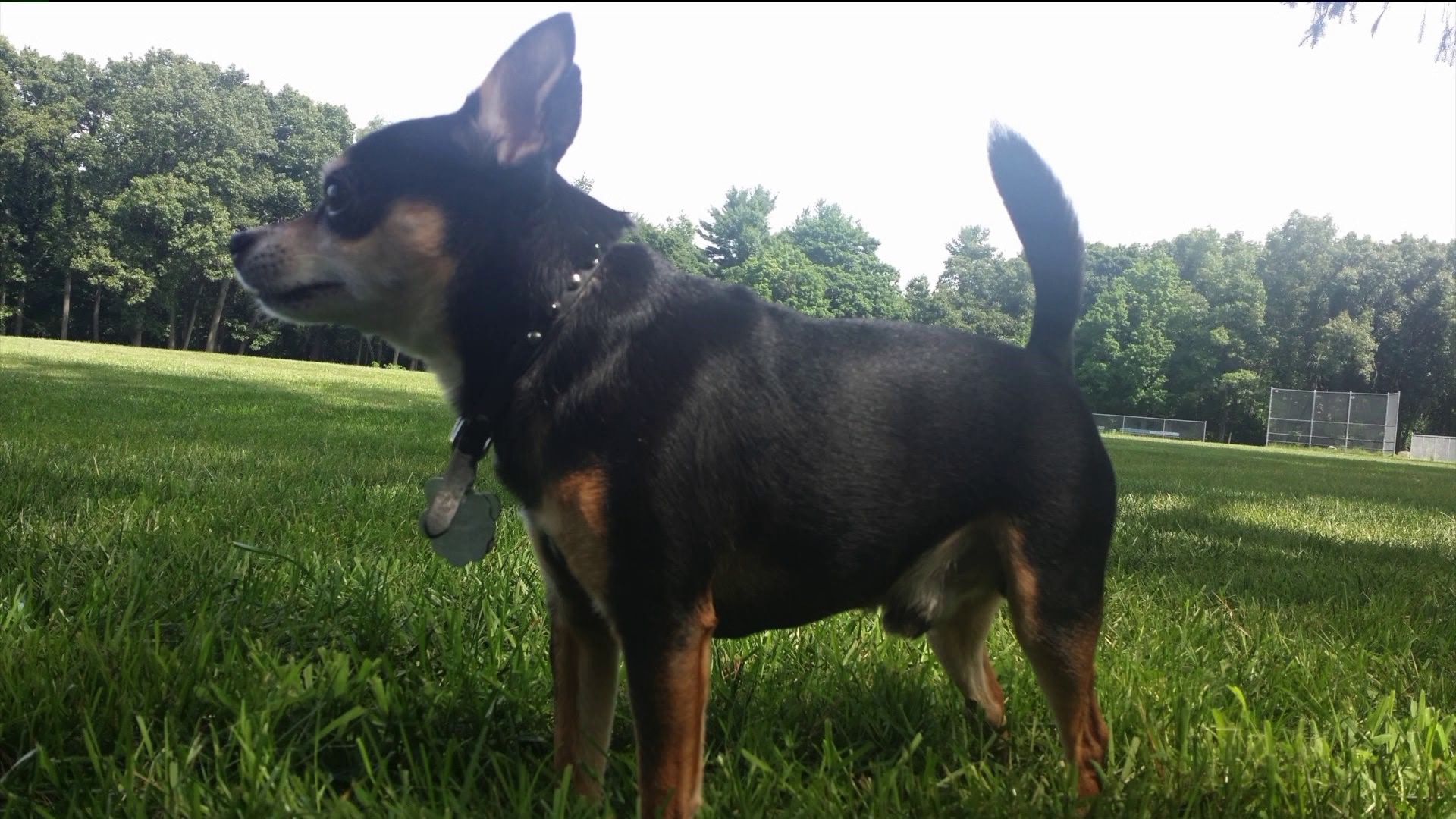 WINDSOR LOCKS  -- A couple is grieving the loss of their beloved pet.

But the circumstances surrounding his death at a Windsor Locks doggie daycare are the subject of a police investigation.

It’s a dilemma many pet owners face. What do you do with your pet when you travel?

If you don’t have someone to watch the dog, you may decide to board them, assuming your dog will be there to greet you when you return. For the Rodriguez family, that wasn’t the case.

Ana and Arturo Rodriguez are the owners of furry family member, Peanut.

"He was our child," said Ana Rodriguez. "I don’t have any children of my own so I’ve invested 9 years of emotions on Peanut. He was my world," said Ana's husband, Arturo Rodriguez. The couple was heading out of state to take care of a sick loved one and decided to board Peanut at the Flying Fur doggy day care near Bradley Airport in Windsor Locks.

They called to check on Peanut during their trip and were told he was fine and getting along with the other dogs. But when they arrived home July 20th, they were told Peanut was dead.

Peanut was attacked by another dog who according to a statement by Flying Fur owner Sandy Brengi, "had previously been playing nicely together.”

The Flying Fur declined an on camera interview.

"Now that he’s gone, it’s devastating," said Arturo. They posted their story on Facebook where it’s been shared nearly 800 times. They never saw Peanuts body, only handed an urn with his ashes.

"I just want some closure," said Arturo. "I want to make sure this is actually my dog."

FOX61 obtained a hand-written letter from the attending veterinarian. But the date says Peanut was cremated July 17th, so does the cremation certificate. That’s three days before the Rodriguez family arrived home with no word of any incident.

Flying Fur owner Sandy Brengi sent FOX61 a statement where she explained that due to stress the family was going through on their trip, she thought the news of Peanuts death would, “add stress to an already very emotional situation."

"It was offensive that they cremated him and did not tell us about the incident. It leads us to believe that there were underlying reasons why they weren’t telling u about it," remarked Ana. The letter from the vet also described Peanut, a male Chihuahua, as female Jack Russel Terrier.

“In no way was this done to cover up any evidence of wrongdoing," said Sandra Brengi.

The Flying Fur told FOX61 the attack happened in the outside play area. They admit the dogs were left unattended for a short time while their indoor space was being cleaned.

FOX61 asked Arturo what he would say to the owner of the Flying Fur if they were sitting down at the same table.

"I would leave. I would walk out," remarked Arturo.

Helpless and heartbroken with only Peanut’s collar, the urn of ashes and his dog tags, the Rodriguez family is turning to their anger into action. They are advocating to change Connecticut statute which says, “all dogs are deemed to be personal property.”

The statute prevents them from being compensated for pain and suffering.

"The laws need to change so no one ever has to go through this again and if it does happen, that they have proper legal recourse," said Ana.

The Flying Fur said they’ve adjusted their existing procedures, but didn’t elaborate specially how. The Flying Fur has been in business since 2012 caring for nearly 60,000 pets.

On behalf of the entire Flying Fur family, I would like to address the recent accident that occurred at our facility.

The accident that occurred was not the result of gross negligence, but an isolated accident between 2 boarding/daycare guests, that had previously been playing nicely together. I would also like to clarify the confusion regarding the breed of the other dog involved.

This dog was not a pit bull, as has been reported, but rather a mixed breed dog, that weighs between 25 – 30 lbs. We group our daycare guests together by size and temperament and at no time was there a dog larger than 30lbs in this play group. Additionally, there were no more than 8-10 dogs in that weight group the day this accident occurred.

At my direction, my daughter Alexa took the injured pet to the hospital immediately. He was not presented to the attending veterinarian as a stray dog or as property of The Flying Fur. In fact, his cremation certificate listed his full name. He sustained one fatal bite to the back of his neck and was in no way mauled by the other animal.

As principal owner, it was my decision not to contact his family as it was my understanding they were traveling out of town for personal matters. I thought the news would add stress to what was already a very emotional situation for them. It was also my decision to have him privately cremated and placed in a decorative urn.

That decision was based on my own choice of privately cremating some of my personal beloved pets. In no way was this done to cover-up any evidence of wrongdoing.

We would like to assure our community and our customers, that we are not taking this situation lightly, and we are truly sorry the accident occurred. Since the accident we have adjusted our existing procedures. We believe these steps will further insure the safety of the pets entrusted to us.

The Flying Fur has been in business since 2012. Since our opening, approximately 55,800 pets have passed through our business, and we have never experienced an accident such as this.

We are a proud and active member of the Windsor Locks community. We have deep ties to the town and the area. Windsor Locks has been my home for 30 years & my husband is a lifelong resident. We would like to thank all our loyal customers, family, and friends for their years of continued support of our family-owned business.