WATERBURY — The Governor of Puerto Rico, Ricardo Rossello, is taking a serious interest in the voters of Connecticut which has a large Puerto Rican popula... 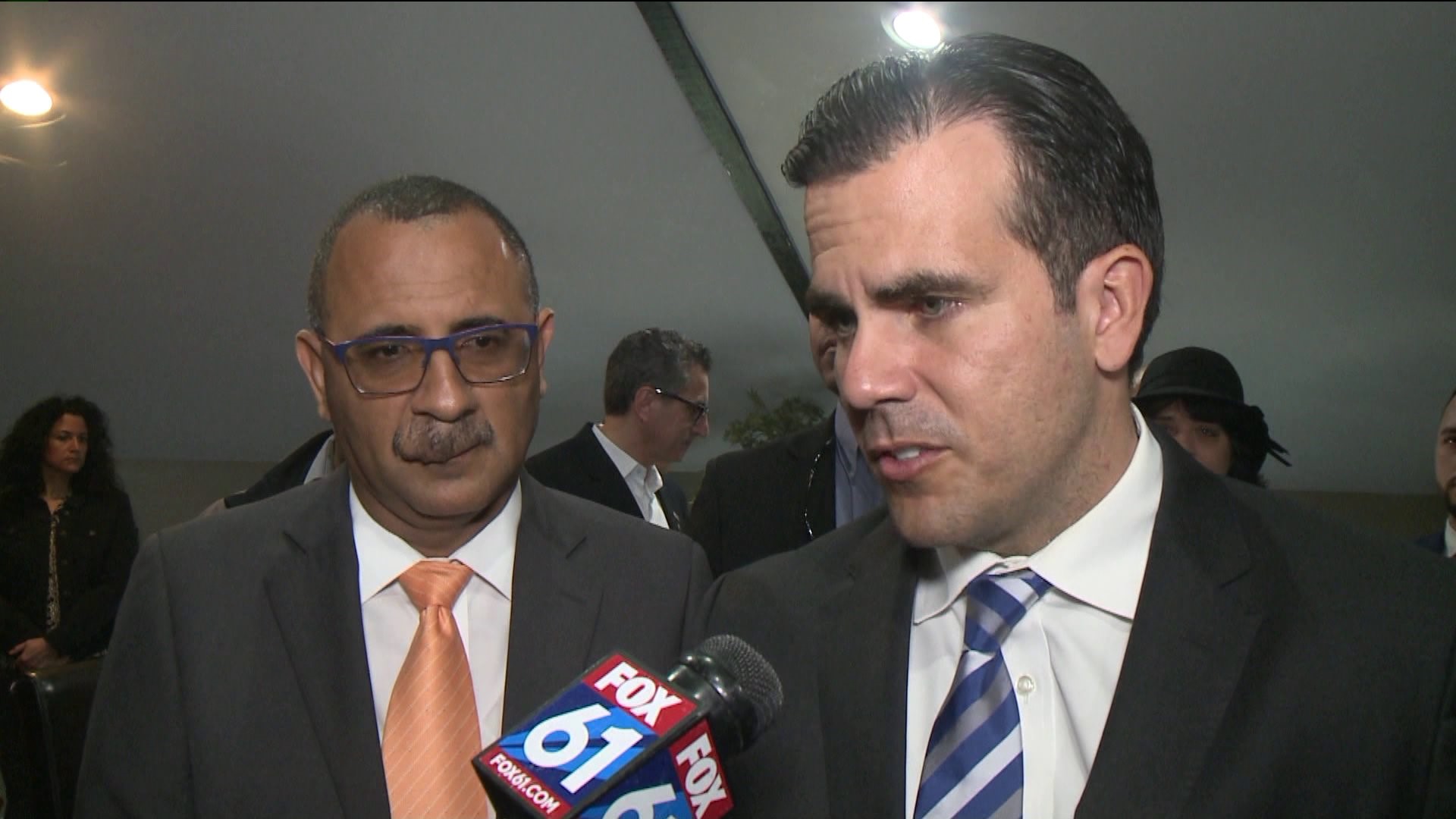 WATERBURY -- The Governor of Puerto Rico, Ricardo Rossello, is taking a serious interest in the voters of Connecticut which has a large Puerto Rican population.

He spoke in Waterbury about the need for more of a presence at the polls, and FOX61 was the only station to capture his remarks.

"Lets demonstrate that we have the power to change outcomes in elections in the United States," he told a crowd at Bread From Heaven Bakery, trying to mobilize the state's Puerto Rican residents to vote, and leverage their power in the midterm elections.

"What we want to do is get them organized get them registered and then get them out to vote so that we can demonstrate we have the political wherewithal to influence and change elections," Rossello told FOX61.

"Why are U.S. citizens that live in Puerto Rico treated differently than U.S. citizens who live on the mainland?" he asked.  Without any representation in Washington for the island's over 3 million citizens, Rossello is turning to those on the mainland -- and especially here in Connecticut -- for power at the polls to change policy towards Puerto Rico.

The message was welcomed by the crowd. Arleen Ruiz of Plainville said "It really made you think about what we need to do here in Connecticut for Puerto Ricans."

Orlando Ruiz, also of Plainville, said "We have power -- if we unite and organize for this November (with) the upcoming election. "

Later in the day, Rossello took part in a special dedication in New Britain. honoring the 65th Infantry Regiment of the U.S. Army.  The regiment, also known as the Borinqueneers, were comprised almost entirely of soldiers from Puerto Rico who served in both World Wars and the Korean War.

A new monument across the street from the New Britain Fire Department headquarters honors those who served.  Many in attendance said it was a long time coming.

The regiment was the largest, longest-standing and only active-duty segregated Latino military unit in U.S. history.