HARTFORD — The mother of a teenager who lost two fingers after picking up some kind of home made explosive, speaks out. She said she feels helpless becaus... 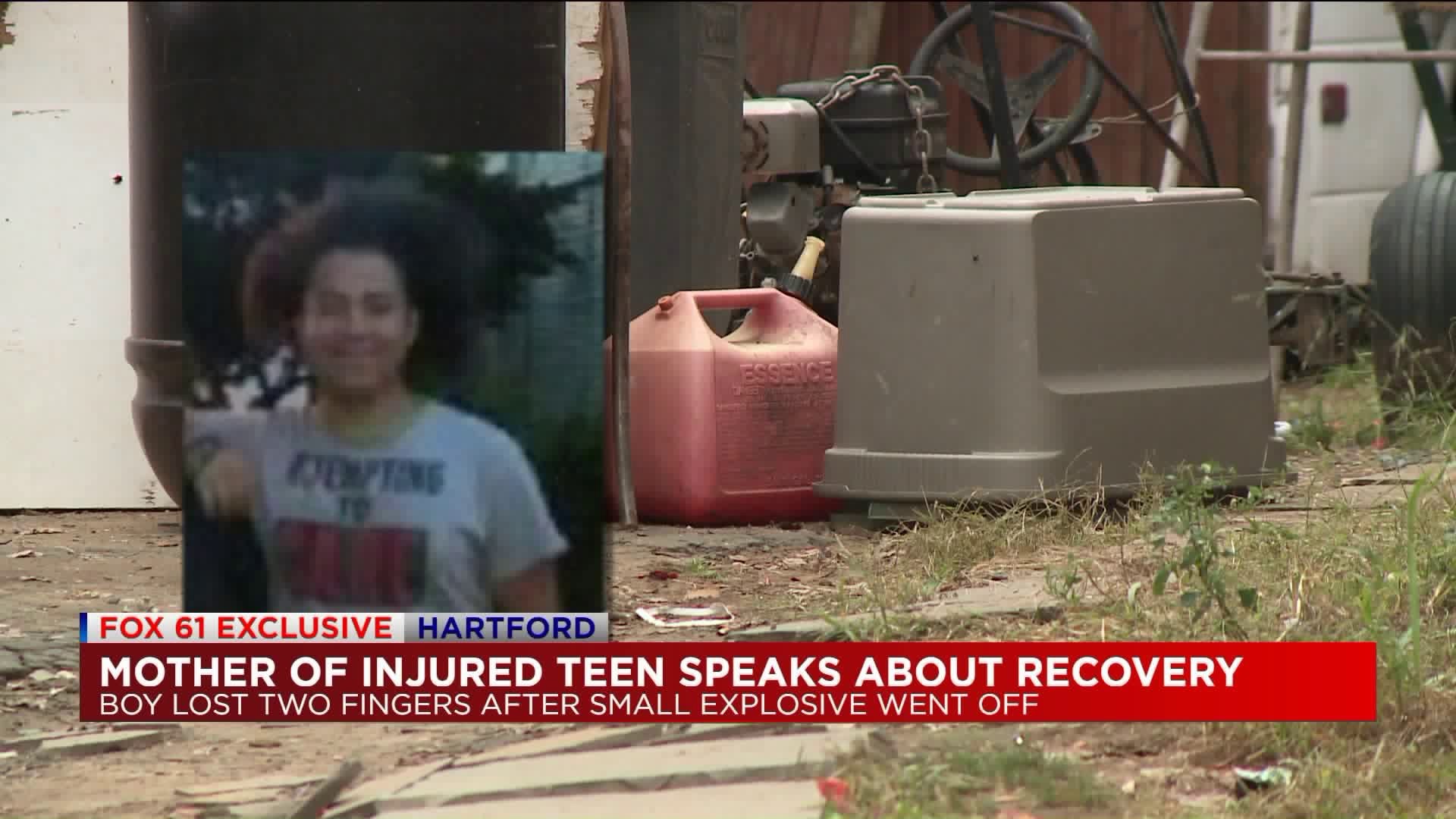 HARTFORD -- The mother of a teenager who lost two fingers after picking up some kind of home made explosive, speaks out.

She said she feels helpless because there was no way she could have helped her son because it looked like a piece of trash in a friend's backyard that he was picking up, not an explosive.

"It’s scary but he’s strong, and he’s gonna make it through it, no matter what, he’s a tough kid and he’s keeping me strong," said Tanisha Gabriele, the mother of the teenager who picked up the explosive.

On Sunday evening, Gabriele's 16-year-old son, Carlos, was in the backyard of a friend's house on Gray Street in Hartford with three other children when he saw what he thought was aluminum foil on the ground.

Picking up what he thought was a piece of trash has now changed his life.

"He thought it was just a piece of trash, and you know aluminum foil, you squeeze it just to ball it up or whatever, and it was just a little piece and it just exploded like a real big explosion," Gabriele said.

He picked up a home made explosive, no bigger than a golf ball, and lost his pointer and middle finger on his left hand. His mother said doctors at Connecticut Children's Medical Center where Carlos is currently staying, aren't sure if his other three fingers will stay.

"He has a lot of burns on his chest, and stomach," Gabriele said.

His mother has started a GoFundMe page to raise money for medical bills and physical therapy.

"To me he's a hero," Gabriele said, "He’s just the best you know, I can’t express it enough that I’m grateful to have him as my son, and he’s just an excellent kid."

Hartford Police Bomb Squad is currently investigating however, currently they do not have reason to believe Carlos made the explosive.