EXCLUSIVE: ‘He wanted to rape her’ – Bloomfield father saves daughter from neighbor

BLOOMFIELD — FOX61’s Chief Investigator Brian Foley spoke to a father who said he fended off an intruder who attacked his daughter. On Thursday afte... 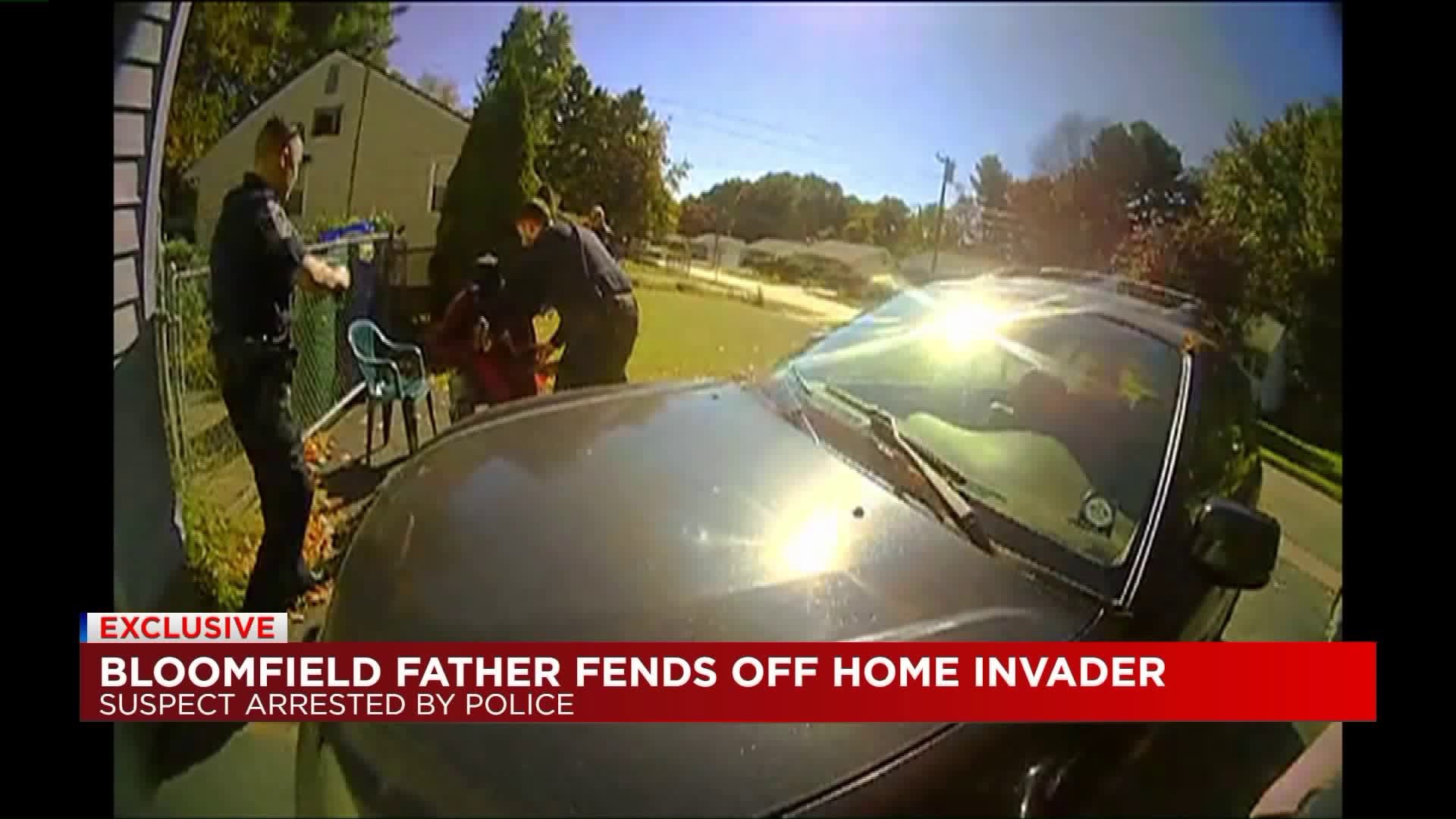 BLOOMFIELD -- FOX61's Chief Investigator Brian Foley spoke to a father who said he fended off an intruder who attacked his daughter.

Police said that Michael Farrigon, 43, attacked his 30-year-old neighbor as she was sitting in a car in her parents’ driveway.

The woman’s father, Maurice Gordon, said while being attacked, his daughter honked her horn and screamed.

EXCLUSIVE: ‘He wanted to rape her’ – Bloomfield father saves daughter from neighbor

“He opened the door and went from the passenger side and was holding onto her saying that he wanted to rape her,” Gordon said Friday.

His daughter managed to escape and run to the house, but the neighbor followed.

Gordon, with gun in hand, urged his neighbor to leave.

“I hold the gun in my right [hand] and I said, ‘Mike I don’t want to hurt you please get off my property.’  Even with the gun in my hand I could see that he had no fear.”

“I had no choice than to fire,” Gordon said while pointing to the sky, “because I didn’t want to hurt him, so I fired a shot.”

Gordon said Farrigon walked away but returned so he fired a second shot.

FOX61 has obtained Bloomfield Police Department body camera video showing an officer telling the suspect to get on the ground. Farrigon is heard saying the words “rape” and “woman.”

Several officers are then seen taking subduing Farrigon and taking him into custody.

Bloomfield Police detectives “conferred with the CT State’s Attorney Office while at the scene and were advised that criminal charges for the father would not be applicable for firing the weapon in this incident,” according to the department.