HARTFORD — After a whirlwind inauguration day filled with fanfare, Thursday was the first full day in office for the Lamont – Bysiewicz administration. Li... 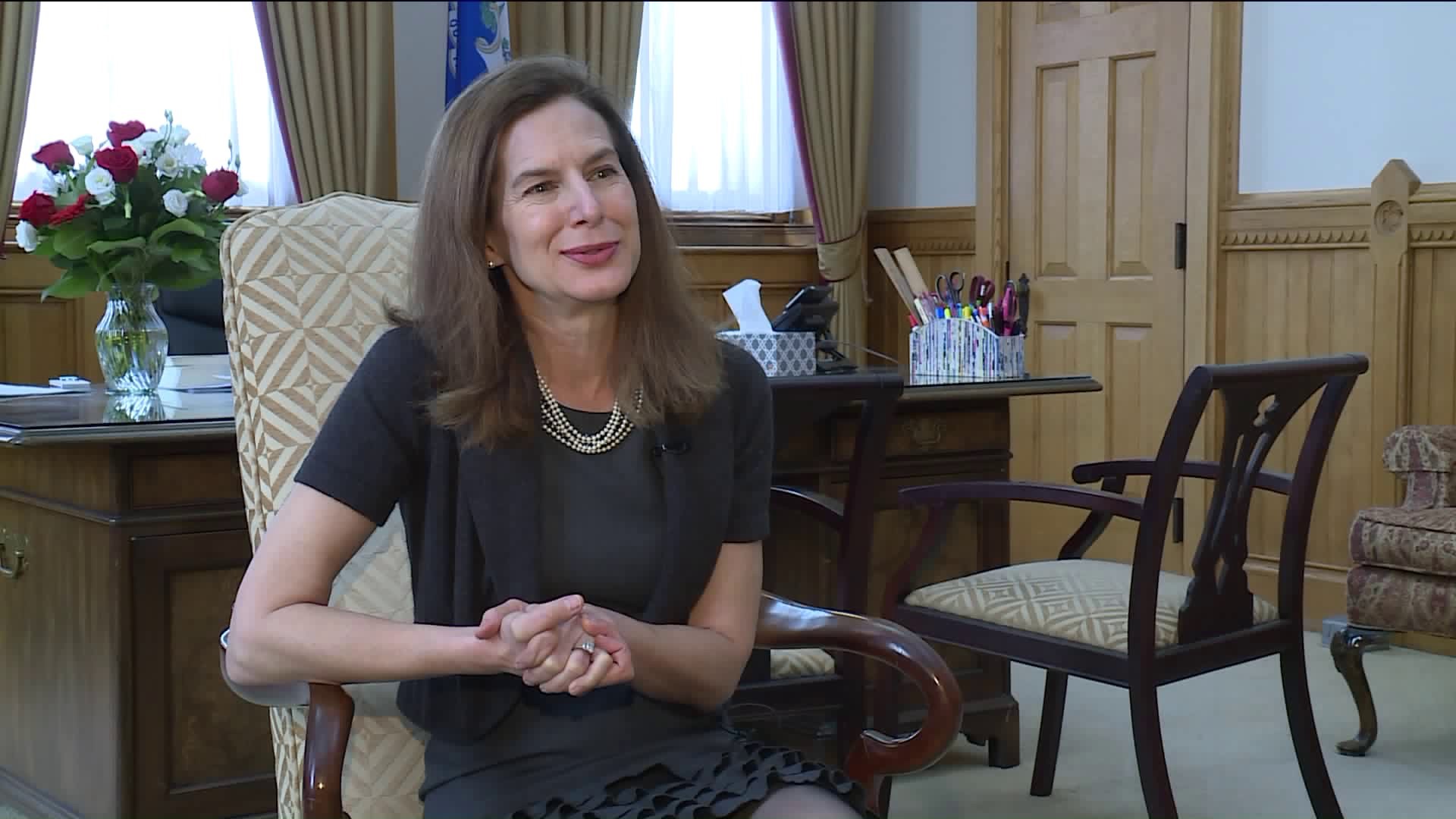 HARTFORD — After a whirlwind inauguration day filled with fanfare, Thursday was the first full day in office for the Lamont - Bysiewicz administration.

Lieutenant Governor Susan Bysiewicz didn’t waste any time getting to work. Despite a late night at the inaugural ball, she was in her office bright and early. It’s her first full day in office. An office she’s still setting up with boxes  being unpacked, a new nameplate was on the door, but not on the parking space.

The work is about to begin. “So I’ve been meeting with constituents and later this afternoon I’ll be meeting with our staff people and we are so excited for this fresh start,” said Bysiewicz.

After the events of Inauguration Day, Bysiewicz had some time to reflect. “It was an opportunity for us to sort of let the people of Connecticut know what our top priorities are,” said the Lieutenant Governor.

Her first priority is having  a budget in six weeks. On this day, the marble walls of the Capitol rung hollow. It was devoid of lawmakers. The Lamont-Bysiewicz administration is setting a bipartisan tone. “The Governor and I both stressed our desire to reach across the aisle. One thing we heard on the campaign trail loud and clear, people are tired of partisan wrangling that they see in Washington. That they have seen in Hartford,” said the Bysiewicz.

The Lieutenant Governor has big heels to fill. “[Nancy Wyman] was so kind, she actually left flowers for me and a very nice note and I will tell you that the Governor and I have been so grateful to Governor Malloy and Nancy Wyman for making this transition so smooth.”

But now it’s time to govern — and lay out the vision. “We want to encourage entrepreneurship, that’s what made our state great. And we want to get our economy growing and that’s why fixing our transportation system. Streamlining things and making them easier so when people have to interact with a government agency it’s a much more positive experience,” said Bysiewicz.

Governor Ned Lamont didn’t have any public appearances Thursday. His Director of Communications said the Governor had brunch with his family, and internal policy briefings and meetings with staff.