HARTFORD — When Governor Ned Lamont took office, there was a national search for the new commissioner of Connecticut’s Department of Correction. The... 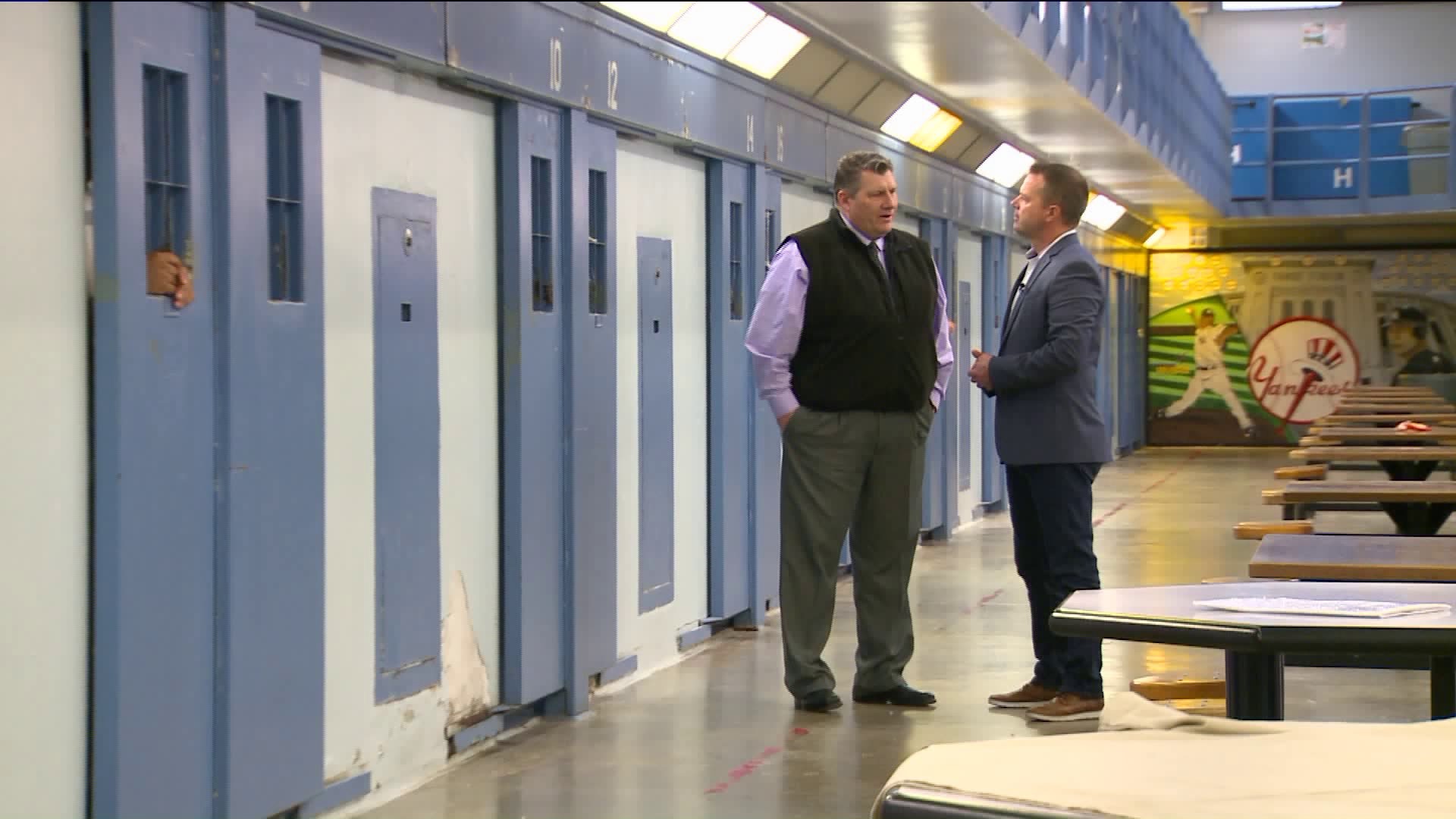 HARTFORD -- When Governor Ned Lamont took office, there was a national search for the new commissioner of Connecticut's Department of Correction. The search led to Rollin Cook. Cook started on the ground floor as a corrections officer 30 years ago in Utah; experience he hopes won’t just benefit the system behind prison walls, but help inmates reintegrate into society.

FOLEY: Commissioner you come from Utah to Connecticut, that’s the other side of the country, what about Connecticut is different, better or worse, compared to corrections in Utah?

Commissioner Cook: Well I think one of the biggest differences is just the amount of reform and the different opportunities that we have for inmates to be better once they get to our community. Everyone across the country is trying to do what Connecticut is doing. But to have programs, for example, programs like the True Unit, where we actually have mentors that are preparing these folks to be better people, and to get out to the community prepared to deal with all kinds of things. That’s different. Each state is doing small things, Connecticut is way ahead of the curve.

FOLEY: So reentry is a problem, all around the country. And so many times people come out and don’t succeed. How can corrections help people succeed coming out into society, reentering.?

COOK: Well I think one of the next steps that we got to take is to take a look at improving homelessness. One of the big challenges is that, that we can provide them all of the programming, the rehabilitation and things once we have them in here. But having a home that’s the foundation for everything.

FOLEY: Commissioner, heroin is such a problem here in Connecticut. And so many people are in here, in the population, because of the opioid addiction problem. They come here, how can you help them succeed when they come out.

Commissioner Cook: Well, here’s the secret. And I think everyone knows that there’s no magic bullet. It’s a problem all across the country. I think the key is that that, one, is that we don’t try to find one model that answers just the problem, we need to have multiple options for people. Because not one size fits all for each person that’s in treatment or has some sort of addiction.

FOLEY: How are treatment services here in the facilities?

COOK: So far from what I’ve seen, they are incredible. In fact, to the point where I’m excited about what sort of progress can be made not only inside, but on the outside as well.

FOLEY: Recently in Connecticut, healthcare for the population of prisoners has been a big issue. Tell me your thoughts on that.

COOK: It has to be my highest priority and it has to be the highest priority for our organization. What a lot of people don’t understand is that the people that we take care of every single day are guaranteed by the Constitution healthcare. And when we are failing in that way, we’re not doing our jobs right. It’s our job to make sure they get the proper healthcare.

FOLEY: You used to be a corrections officer yourself?

COOK: So I consider myself still a corrections officer. I started in jail in Salt Lake County Utah 30 years ago., And I worked my way up through the ranks. To have this opportunity is in many ways overwhelming, I could’ve never imagined it.