NEW HAVEN – Two flashes of light could be seen from a light-colored car parked north on Ferry Street in New Haven. The shooting occurred around 10:14 whil... 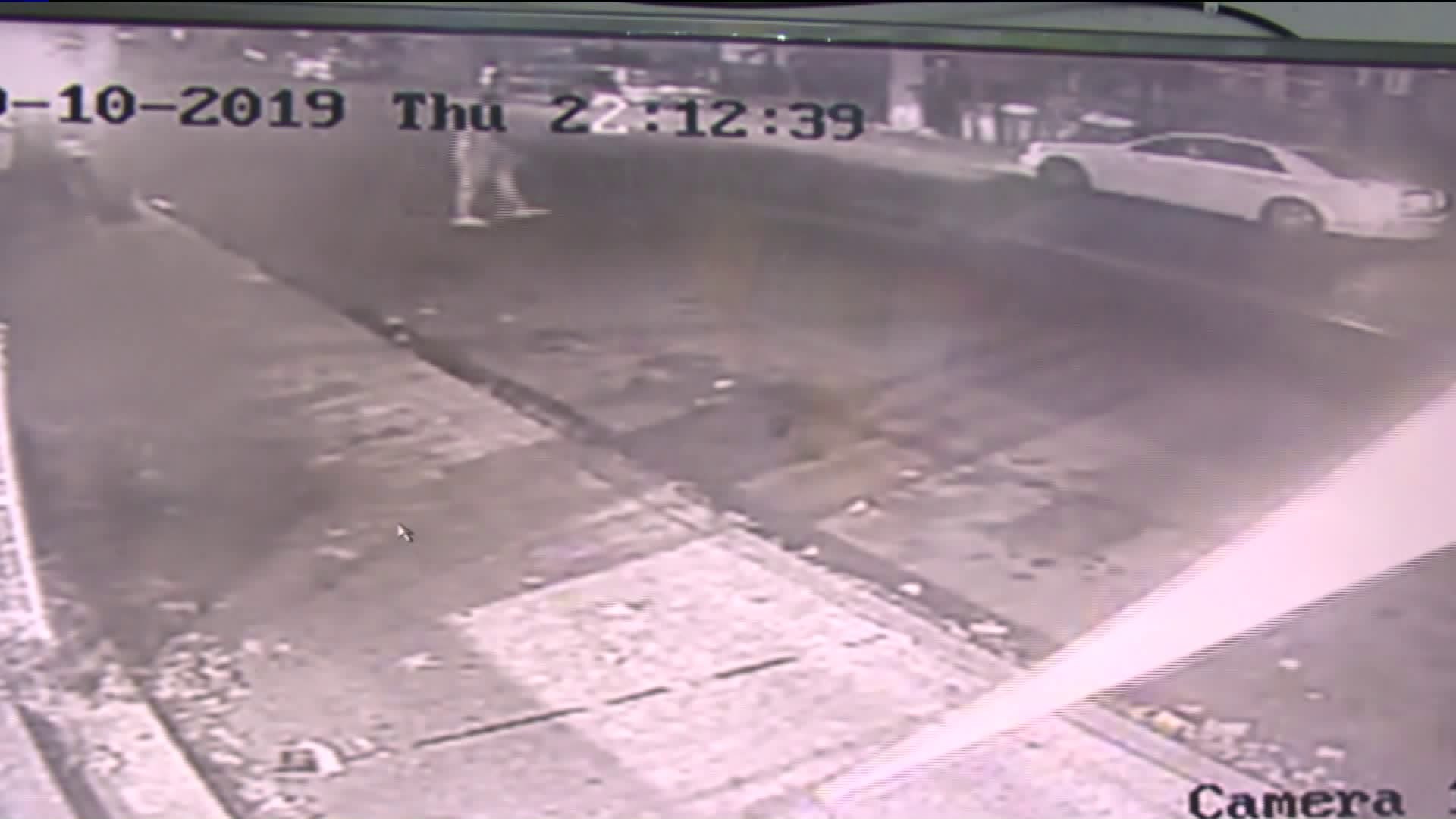 NEW HAVEN - Two flashes of light could be seen from a light-colored car parked north on Ferry Street in New Haven. The shooting occurred around 10:14 while a neighbor was lying in bed.

"We heard about five to six gunshots. I then drop to the floor," said Maria.

Startled, her next thought went to her children in the other room.

"I don’t know where they are aiming. I’m curling up on the floor. I’m going to check on my kids just to make sure they’re good," said Maria.

The surveillance video shows a male walking up to the car and talking to the driver for a couple of minutes. The driver opens the door causing the male to run. Shots are fired and the driver takes off towards Grand Street.

Store owners of La Dona heard multiple shots as well. They said about 10 minutes after they heard shots, a woman came into the store with a bullet wound to the chest.

New Haven Police say a 31-year-old woman was transferred to Yale-New Haven hospital and is in stable condition.

"We mind our business. We don’t care what other people are doing, but, when it’s bringing gunshots and people’s lives and our kids were trying to raise, it’s just very concerning," said Maria.

Three minutes later a dangerous accident occurred at the intersection of Grand Street and Quinnipiac Avenue between a car and a truck.

A neighbor told us her father-in-law went out to try and help. She says the driver of the car pulled a gun on him so he backed off while police reported to the scene.

A shop owner tells us the car involved in the accident was a light-colored car.

Accidents at this intersection are not uncommon. A car went right through the same apartment at the corner of Quinnipiac Ave. and Grand St. about a year ago.

"The gentleman was watching TV when the car came through his living room," said Ben Tortora.

Tortora fears for his customers who live in the area.

"I just feel bad for anyone who has to worry about traveling through this intersection. It’s not fair," said Tortora.

An occupant involved in the accident was taken to the hospital with significant injuries. An investigation into both incidents is still ongoing.