WINDSOR — A Windsor mother is hoping the community might be able to help her find the woman who saved her daughter’s life Tuesday in the parking lot of th... 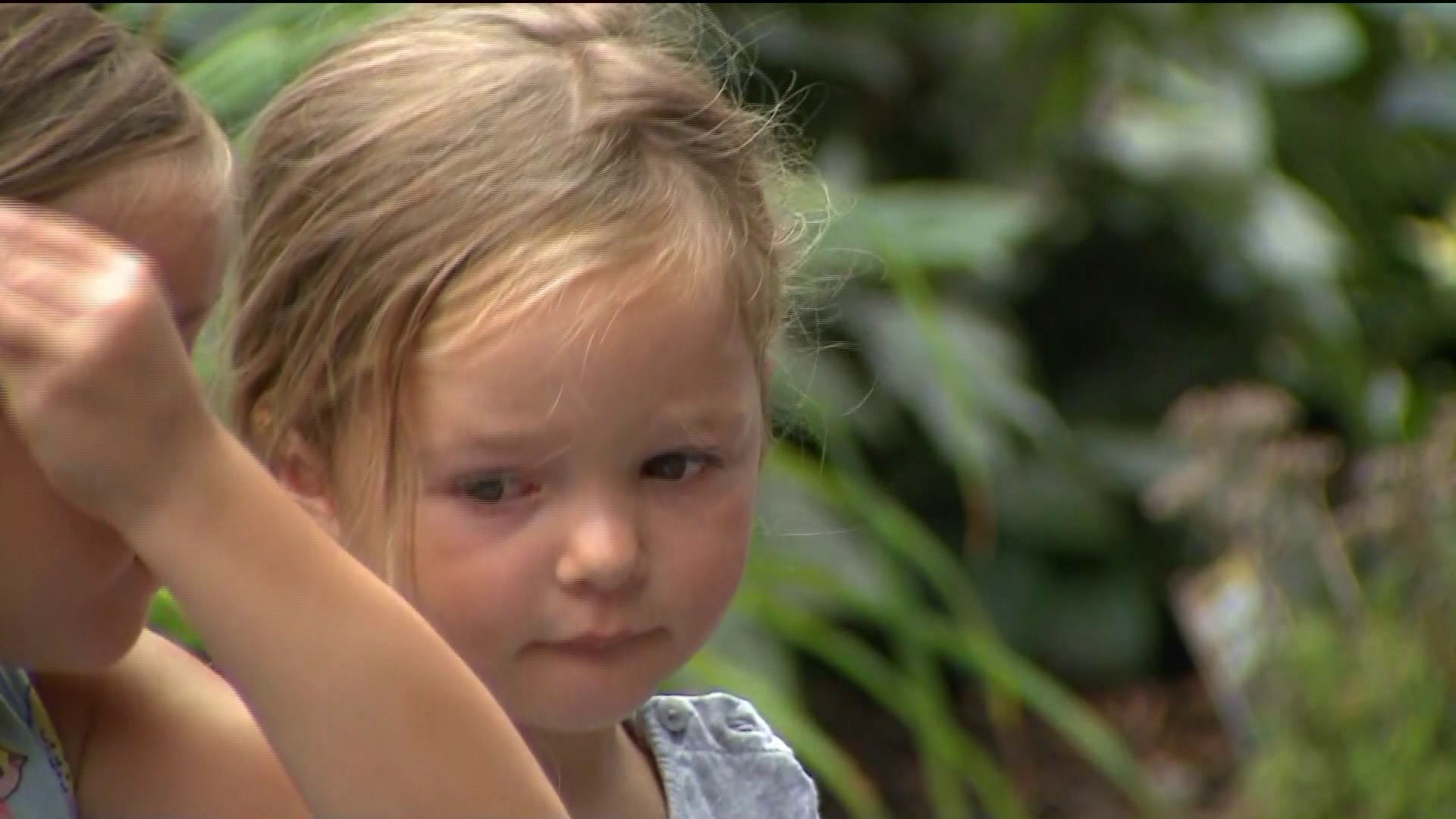 WINDSOR -- A Windsor mother is hoping the community might be able to help her find the woman who saved her daughter’s life Tuesday in the parking lot of the Windsor Target.

Julie Frayseir said it happened in a matter of seconds.

“I noticed my daughter looked like she was gagging or trying to throw up,” Julie said.

She is talking about her three-year-old daughter Erin, who was in the car with her sisters, including Lauren.

“We were playing in the car,” said Lauren.

Lauren said just before that, the two were playing with quarters.  It turns out the mother of four girls - ages one through seven - was right. Her daughter was choking.

“So, I started hitting her in the back,” Julie said.

That didn’t work. So, Julie started shouting for someone to call 911.

“It was very frightening,” Julie said. “I knew I needed help.”

“Someone came over and said she was a nurse and just hit her on the back really hard and a coin came out,” Julie said.

That coin was a quarter. And just like that, the nurse left the parking lot.

“Seemed like she had a child with her, so she had to go,” Julie said.

Julie said it all happened so fast that she never even got the woman’s name once it was over. She is hoping the mystery nurse reaches out to her because Julie has something she wants to tell the mystery nurse.

“That would be awesome to just say thank you and she potentially saved my daughter’s life,” Julie said.

Julie is also hoping Target might reward the nurse who saved her daughter with a shopping spree or at least a nice gift card.