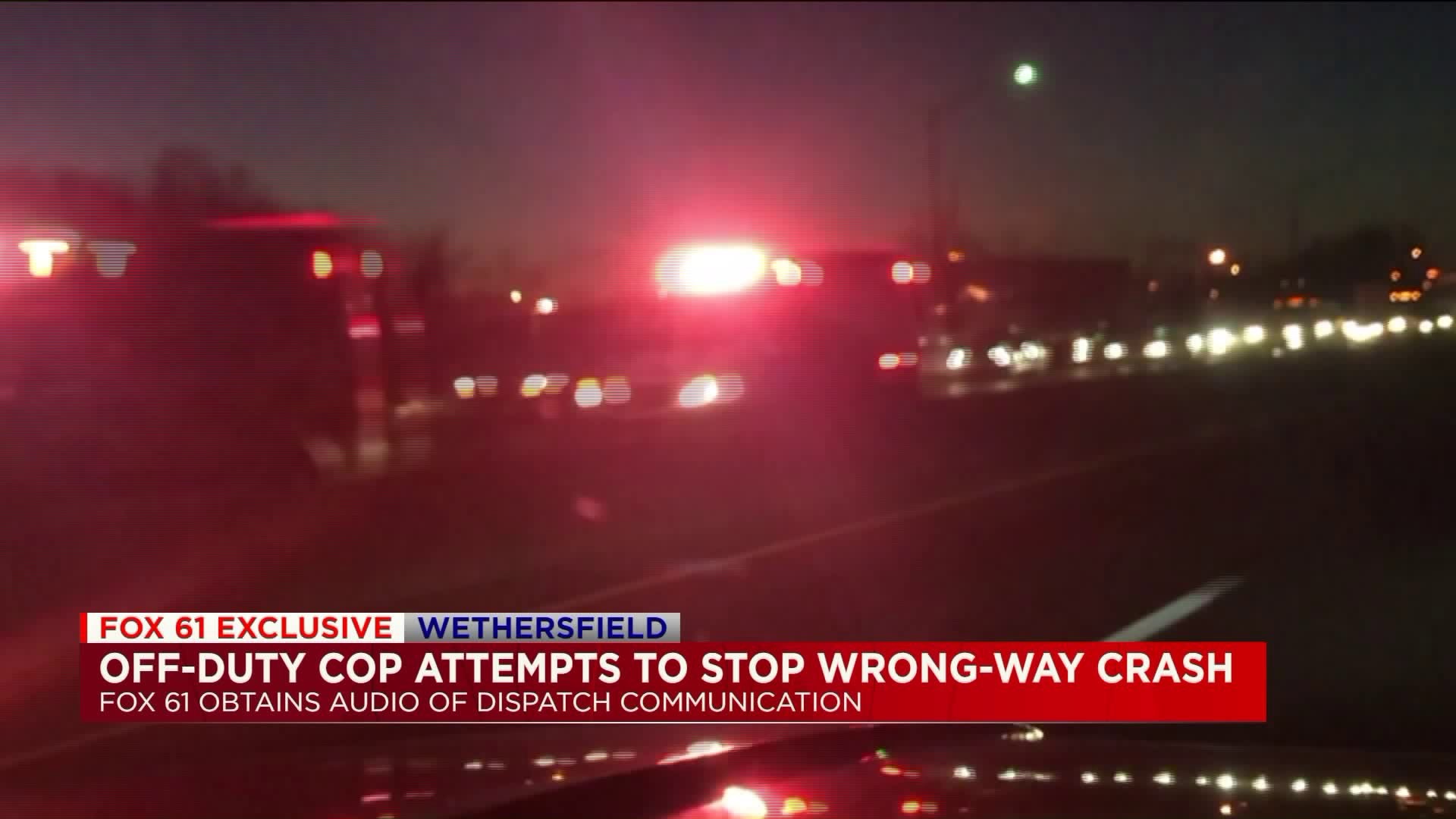 Two people died in the wrong way crash early Sunday morning on I-91 Northbound in Wethersfield near exit 26.

In the audio, Lt. Cicero  said he was traveling in the southbound lane, keeping pace with the car driving south in the northbound lane.

Connecticut State Police and the Wethersfield Police Department were also involved as Cicero flashed his lights to warn oncoming traffic.

When the crash happened, the Cicero called for ambulances and relayed information about the victims.

34-year-old Jonathan Villalobos from Springfield, Massachusetts, was driving Northbound when he was struck by the wrong way driver police identify as Albert Correa, 22, of Hartford.

Correa was pronounced dead at the scene and Villalobos, later succumbed to his injuries at Hartford Hospital.

Preventing wrong way drivers is difficult and so is pulling them over. FOX61 talked with TFC Tanya Compagnone of the Connecticut State Police, who said, "Troopers can't drive the wrong way to catch a wrong way driver,” she said.

"They have three options. Shut down the highway, slow down traffic, deploy stop sticks

A tip from police: Stay to the right.

“Wrong way drivers are often driving in the left lane the wrong way because they actually believe it’s the right lane,” said Compagnone.

Across the country, upwards of 400 people die each year in wrong-way crashes. Here in Connecticut, with about 700 off ramps, wrong way crash deaths make up about 9 percent of total highway deaths. That’s well above the national average.