The parents of an Enfield teen who was part of a police-involved shooting last year that left a man dead, are disputing police accounts of the incident. Caleb T... 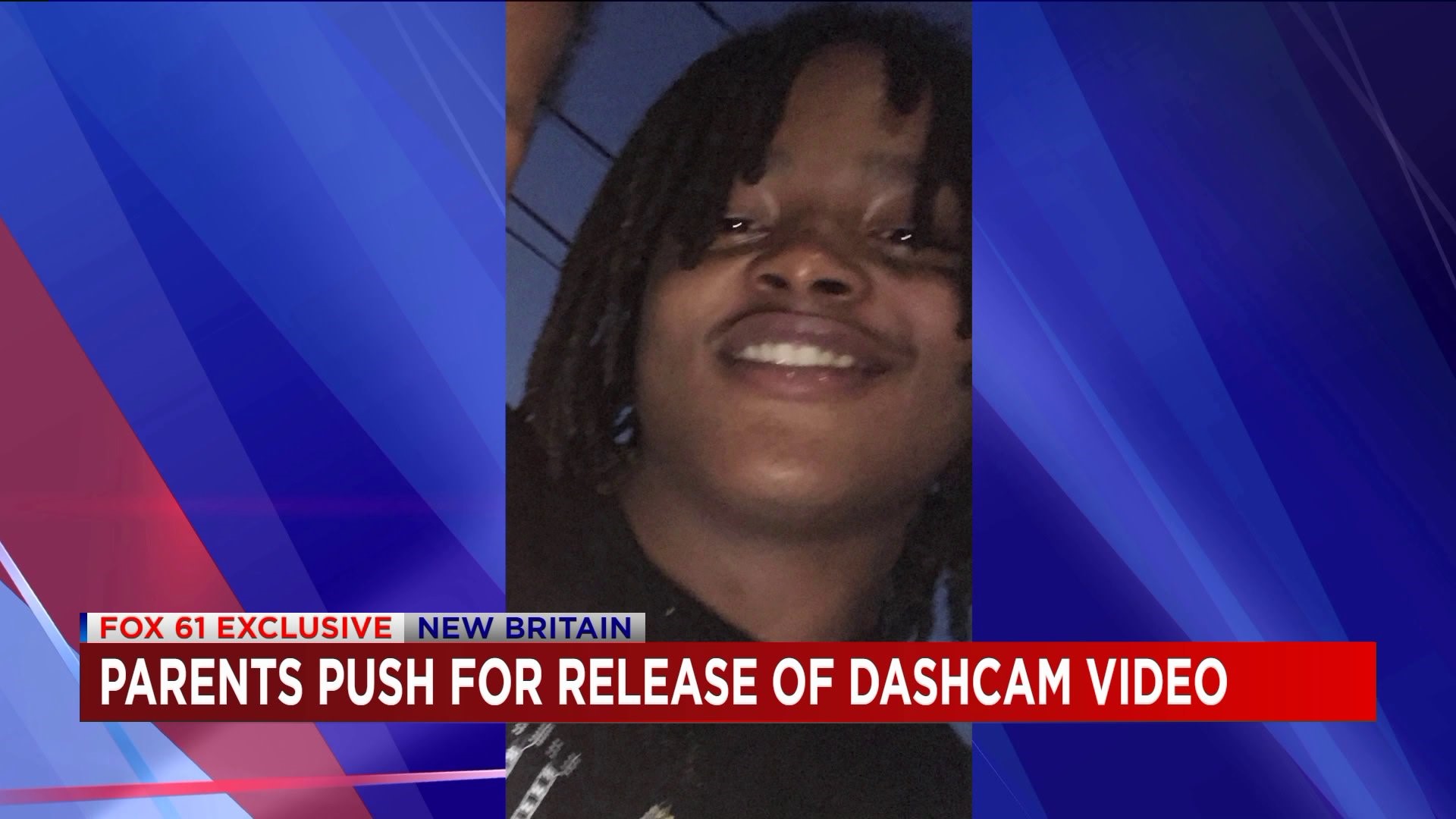 The parents of an Enfield teen who was part of a police-involved shooting last year that left a man dead, are disputing police accounts of the incident.

Caleb Tisdol has been incarcerated since last December after the shooting occurred. However, his parents believe he is being wrongfully charged.

“They tried to kill my son,” William Tisdol said. “And I firmly stand on that. That’s how I feel after seeing the video.”

Tisdol said that video does not match up with what police said happened.

“They said a whole bunch of things that I learned through the video tape that aren’t true,” Tisdol said.

Police said they tried to stop a teal Toyota Paseo suspected in a string of recent carjackings and armed robberies that tried to flee the scene, hitting several police vehicles in the process.

Caleb, who was 15-years-old at the time, was in the car along with 18-year-old Noah Young and 20-year-old Zoe Dowdell - the driver.

“When he arrives on the scene you can clearly see directly in front of his dash cam, the car is sitting still,” Tisdol said.

“We live in a society with checks and balances and there’s no way to check the police unless the public is able to see this dash came footage or body camera footage,” McGuire said.

Police said they fired on the car because they feared for their safety.

The driver was killed in the shooting.

“When the first volley of shots stopped my son yelled out of the car he said 'you guys can stop shooting he’s dead',” said Tisdol. “When they heard my son's voice they opened fire on the car again.”

Caleb was shot in the leg and initially issued a summons for weapons offense and possession of narcotics but was later charged as an adult. He’s currently behind bars pending the outcome of his case.

His father believes his son is being wrongfully charged and insists the dash cam video proves that.

“They said we dealing with equality, equal rights and all that but it’s not.”

Caleb also faces a slew of charges, including robbery and assault charges, from the weeks prior to the shooting.

Caleb’s parents said they do not believe their son is guilty of the charges, which they plan to fight in court.