SOUTHINGTON – Back in October, FOX 61 told the story of Billy Perry, 14, of Southington who got his “Make America Great Again” hat stolen at the Apple Harvest F... 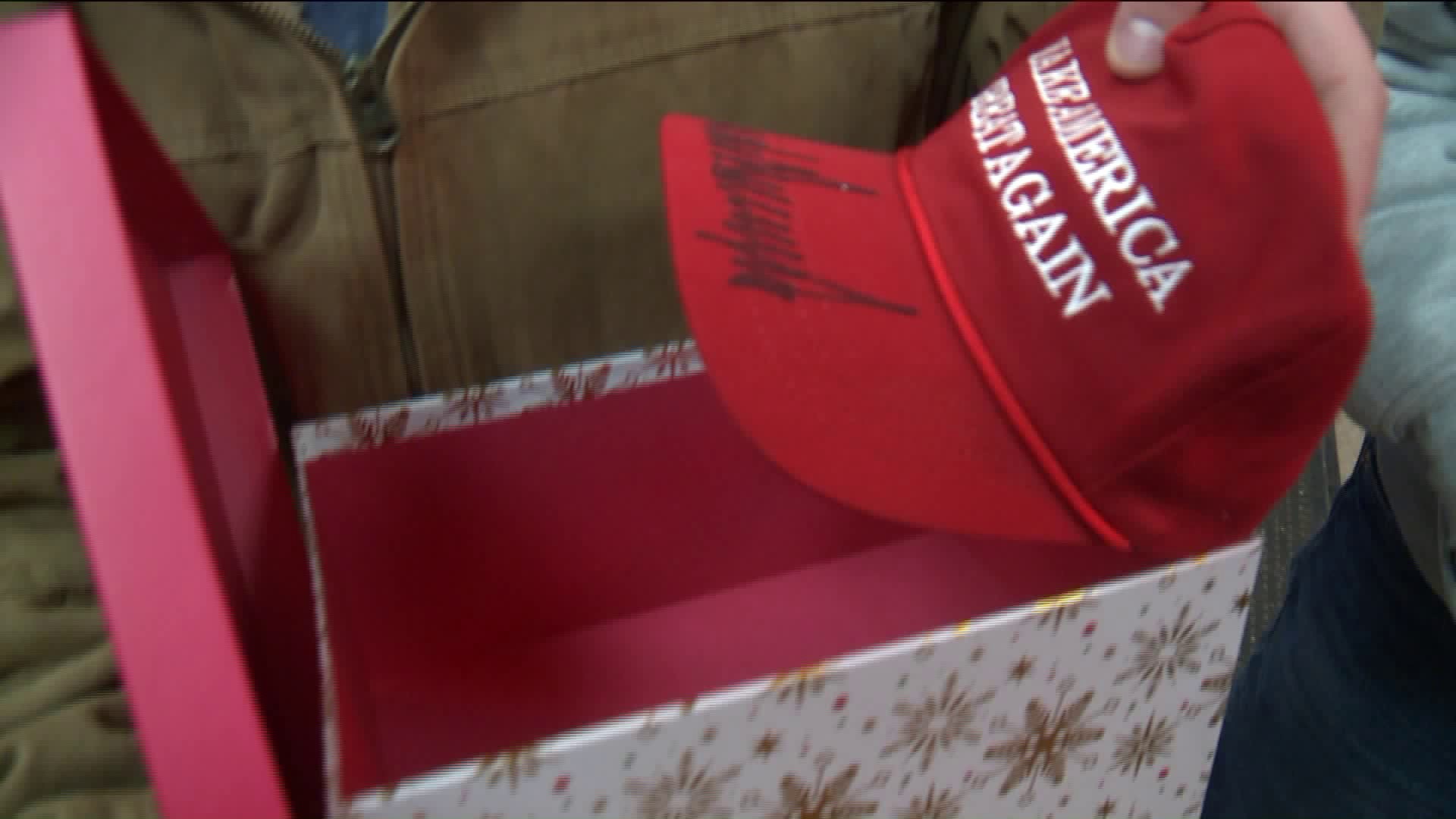 SOUTHINGTON – Back in October, FOX 61 told the story of Billy Perry, 14, of Southington who got his “Make America Great Again” hat stolen at the Apple Harvest Festival.

Perry believed it was the message on the hat the thieves did not like.

“I definitely got a lot of dirty looks,” said Perry.

Months later, the hat ended up slightly damaged at the Lost and Found at the Southington Police Department. However, he received an unexpected surprise Saturday night at Renaldo’s on Queen Street.

“This is pretty cool. Not a lot of people have it, so I guess I’m special now,” added Perry.

Hyde said he met the President during the campaign and after hearing Perry’s story on FOX 61, he asked a staffer of Trump International if the President can sign the hat.

“I mean, it’s horrible. Who does that? Take somebody else’s property and calls him a racist and judges a kid,” said Hyde of Avon.

When FOX 61 asked Perry how he became a fan of Trump, he said his courageness to speak out on sensitive issues inspired him.

“Just his ability to say what he wants and what he can do and honestly, the main reason I like him is because he was a lot better than the other candidates,” added Perry.

In addition, Perry was also given a gift certificate to Renaldo’s and while he wishes to become a pilot as a possible future career, he said he is not going to rule out being a politician.