NEW HAVEN- Nelson Pinos, a New Haven father of three, has been living inside First and Summerfield Church for 500 days after seeking sanctuary in November 2017.... 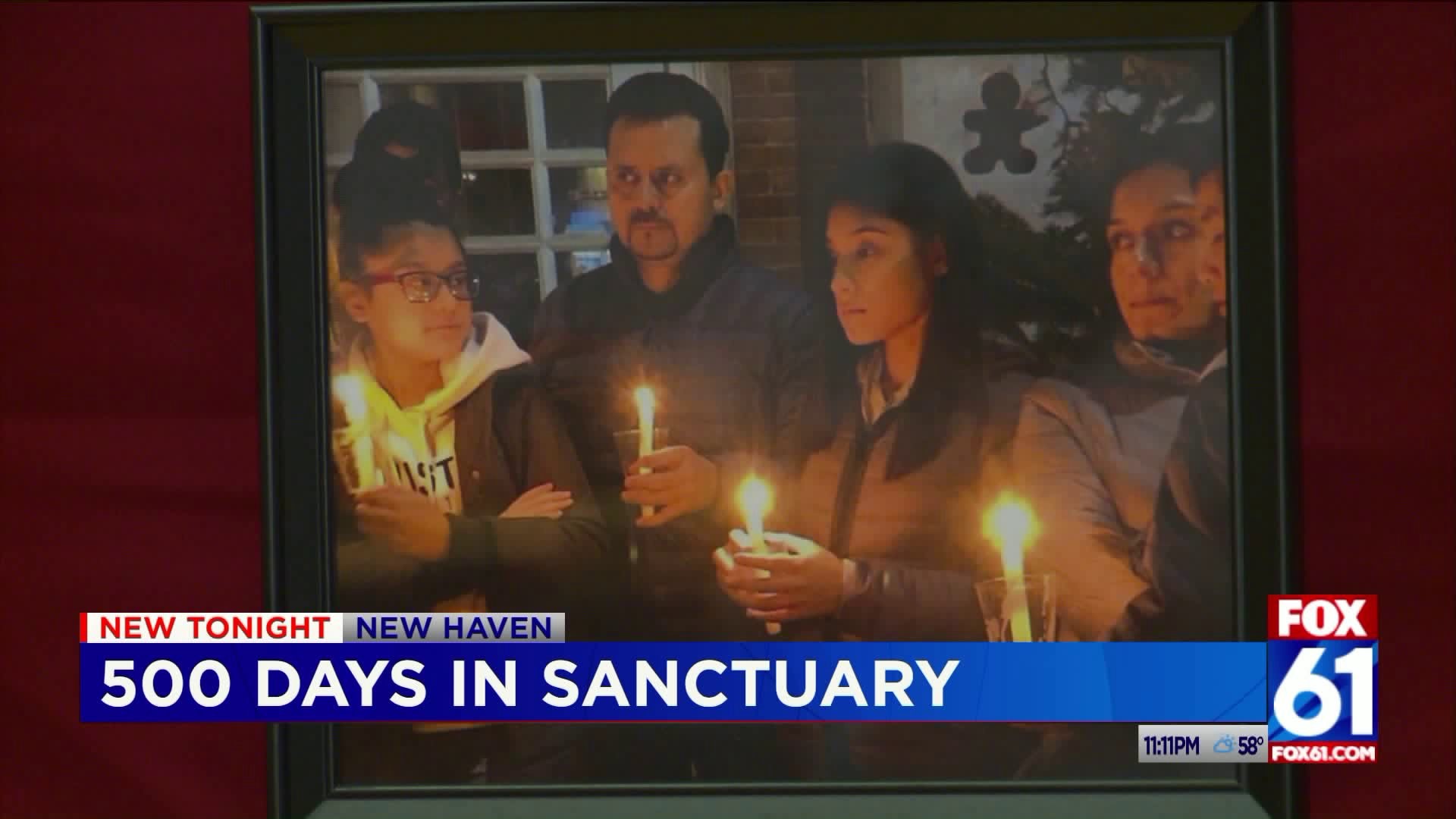 NEW HAVEN- Nelson Pinos, a New Haven father of three, has been living inside First and Summerfield Church for 500 days after seeking sanctuary in November 2017. Pinos, originally from Ecuador, has been living in the United States since 1992.

The church hosted a photo exhibit Saturday to showcase Pinos’ journey living in the church and the endless action the New Haven community has taken to try to unite him with his family.

Pinos said the past year and a half has been hard but the most difficult part is being separated from his family.

“It has been very hard, but fortunately we our family is super strong,” said Pinos. “There has been moments that I was super sad because I couldn’t get my kids schools for special events or even simply walk to the park.” Pinos said.

The room was filled as residents were able to see Pinos’ journey over the past two years through powerful photos.

Pinos is among the 41 immigrants across the country who have moved in to a church for sanctuary to fight a deportation order.

"Due to the fact that democrats are unwilling to change our very dangerous immigration laws, we are indeed, as reported, giving strong considerations to placing illegal immigrants in sanctuary cities only."

An idea that was previously denounced by white house sources.

Meanwhile here in Hartford- Mayor Luke Bronin speaking out against the tweets.

“This is just the latest in a long line of things Donald Trump has done to demonize and dehumanize immigrants,” Mayor Luke Bronin said. “He is literally treating women and children as a pawn or a weapon in his political game.”