BOSTON — A lawyer for the Yale University basketball captain who was recently expelled amid sex assault allegations said he intends to sue the school. Jac... 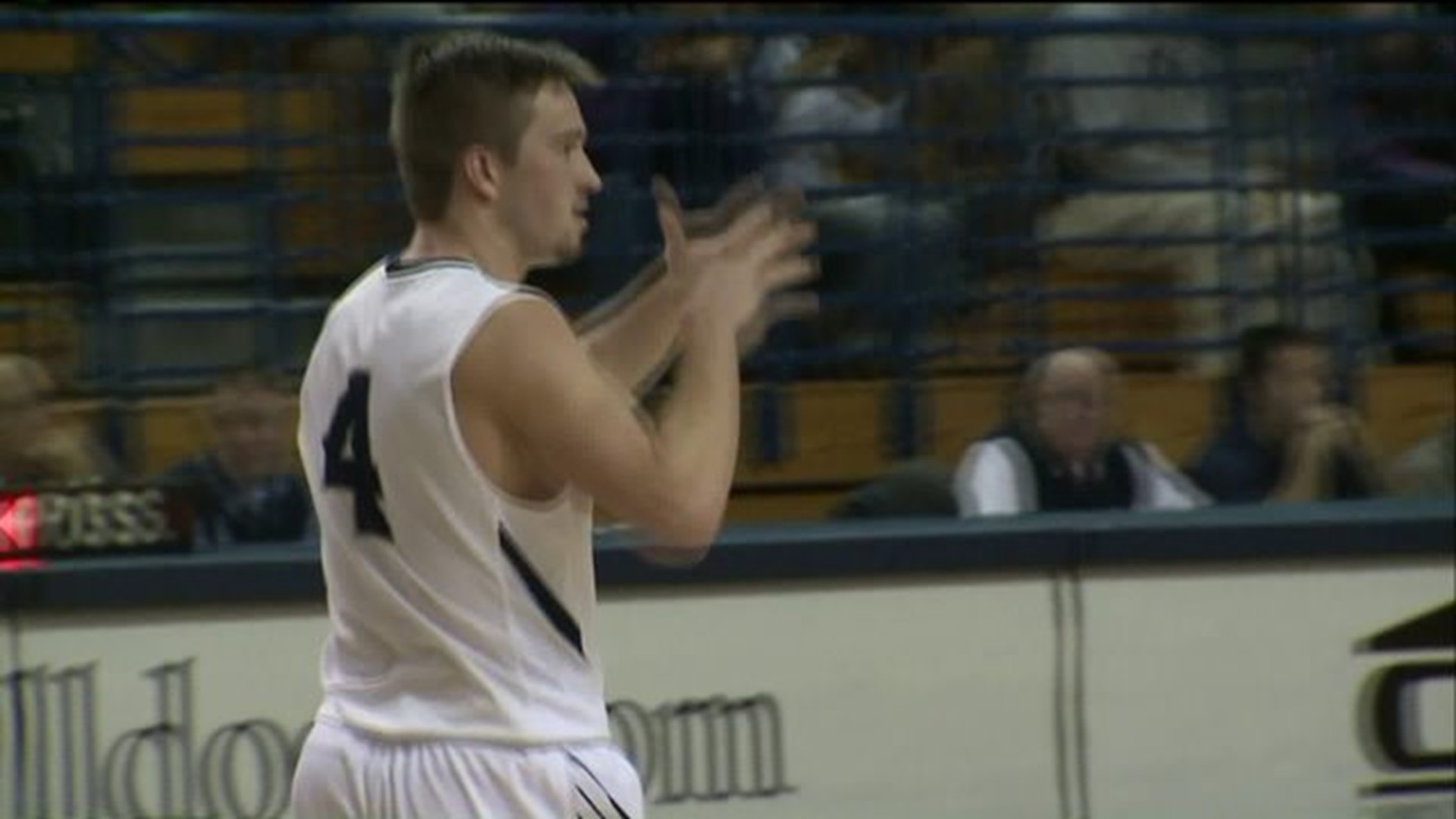 BOSTON -- A lawyer for the Yale University basketball captain who was recently expelled amid sex assault allegations said he intends to sue the school.

Jack Montague's lawyer Max Stern, of the firm Todd & Weld in Boston, said the decision to expel Jack Montague was "wrong, unfairly determined, arbitrary, and excessive by any rational measure."

In a statement, Stern said Montague had a consensual sexual relationship with another student in 2014. A year later, in the fall 2015, Montague was summoned to appear before Yale’s University-Wide Committee on Sexual Misconduct.

Montague was expelled months later. The university has not confirmed these details, citing confidentiality. Montague last played for the basketball team on February 6.

"Yale has been oblivious to the catastrophic and irreparable damage resulting from these allegations and determinations," said Stern.  "The expulsion not only deprives Jack of the degree which he was only three months short of earning, but has simultaneously destroyed both his educational and basketball careers."

Stern said Montague and the female student slept in Montague's room four times in the fall of 2014. The lawyer said the woman consented to staying in the room and/or having sexual relations with Montague three times. The fourth time they were together, they had sexual intercourse, the woman left the room and returned sometime later and stayed the night.

Stern said an independent investigator hired by the university confirmed the account and the only dispute was the two parties disagreed whether the sex on the last occasion was consensual. Montague said it was, and the woman said it wasn't.

The woman reported the incident to the university's Title IX coordinator, who in turn filed it with the University-Wide committee, according to Stern.

Stern said it is "not coincidental" Yale officials decided to expel of the captain of its basketball team after a scathing report on campus sex assaults specifically called out Yale. A report, by the Association of American Universities, said 1 in 4 college women report unwanted sexual contact. After the report was released, the school promised to  address sex assault concerns.

"Jack has been pilloried as a 'whipping boy' for a campus problem that has galvanized national attention," Stern said.

Montague's case has been widely talked about on campus, t-shirts have been made in support of him and posters made against him.