FAIRFIELD —  Two people have been killed by falling tree limbs in Fairfield over the past couple of weeks, as a result of severe thunderstorms rolling thr... 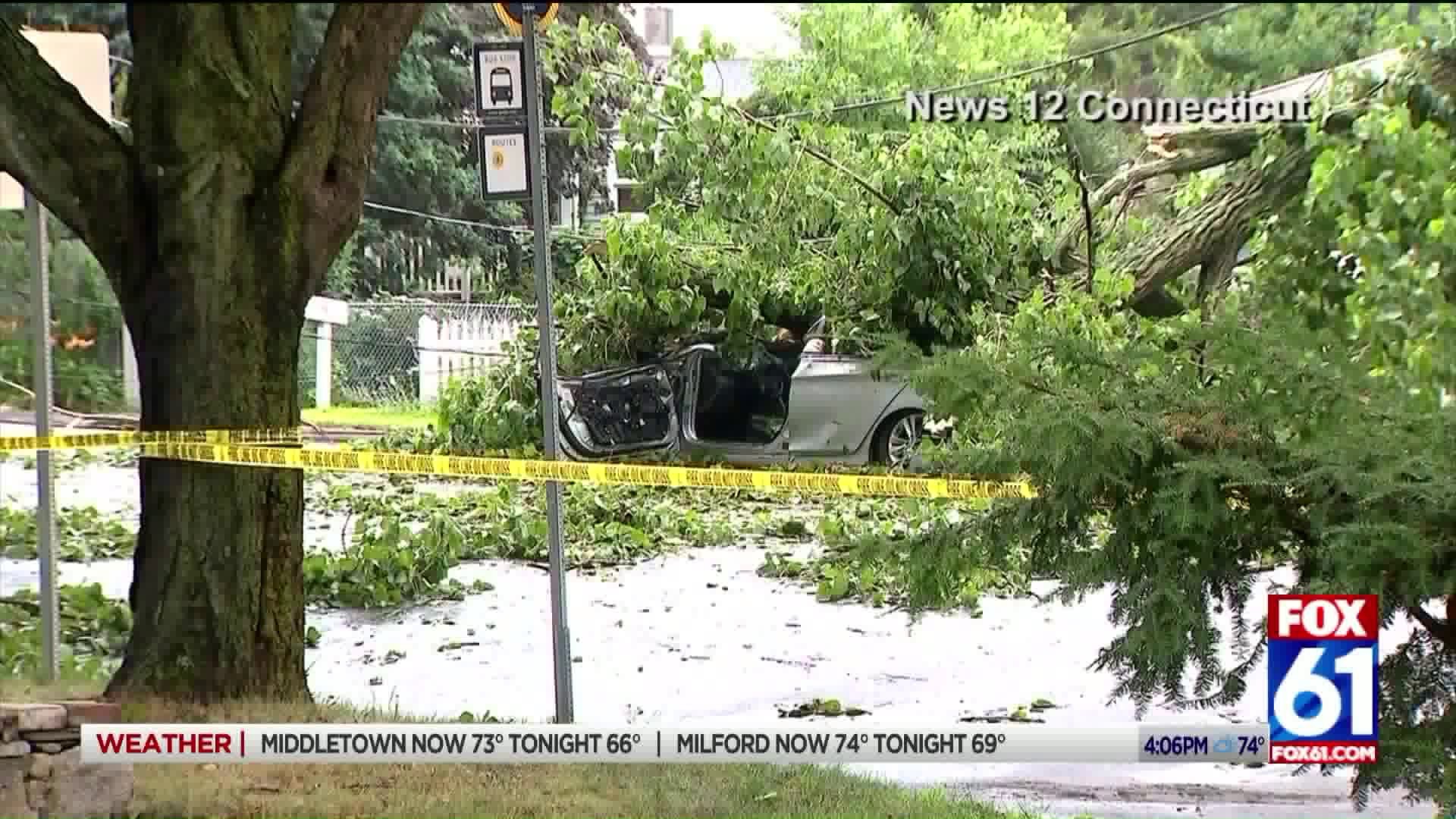 FAIRFIELD --  Two people have been killed by falling tree limbs in Fairfield over the past couple of weeks, as a result of severe thunderstorms rolling through.

But, town officials do not believe the health of trees in that community should be a concern.

Fairfield is unlike many others in Connecticut when it comes to paying close attention to tree care.

“We spend approximately a half million dollars a year on trimming trees and removing trees,” Michelangelo said.

He adds that his team is extremely proactive and in constant contact with residents about tree concerns.

“Fairfield is always been active in maintaining and preserving our trees,” he said.

“We are tree city USA,” First Selectman Michael Tetreau (D - Fairfield) boasted. “We have been for 27 years. We are proud of our trees and what they mean to the scenery.”

A bigger issue for the First Selectman: the response by United Illuminating to yesterday‘s incident, on Park Avenue, which killed a 21-year-old Southington motorist.

“Our crews were there within minutes and for our first responders, our police, our fire, to sit there and watch and not to be able to approach the car to find out if anybody is in and how they’re doing do they need help is brutal,” said Tetreau.

“We are doing our part in terms of getting the first responders there,” he said. “We need UI’s help to make sure that we can do our job.”

In a written statement, UI said, “We are deeply saddened by this tragic event and loss of life. While we can’t comment on an open and active investigation, UI will provide any assistance necessary to the Fairfield Police Crash Reconstruction Unit in their investigation of the incident.”

It is with great sadness that I share with you the passing of Jarrod Marotto in a tragic accident when a tree fell on his car during last night’s storm. Jarrod graduated from Sacred Heart this past May with a bachelor’s degree in psychology and had continued living just down the street. His activities while at Sacred Heart included working in the student union, conducting interviews for Media Matrix and participating in Greek life. He was also a donor to the University having made a senior gift last spring.

Our hearts go out to Jarrod’s family and friends and to everyone in the SHU community who knew him. We will be keeping all of you in our thoughts and prayers. I will share details about services as soon as we receive them.