HARTFORD — In honor of International Overdose Awareness Day, families gathered near the State Capitol in remembrance of losing their loved ones to opioids... 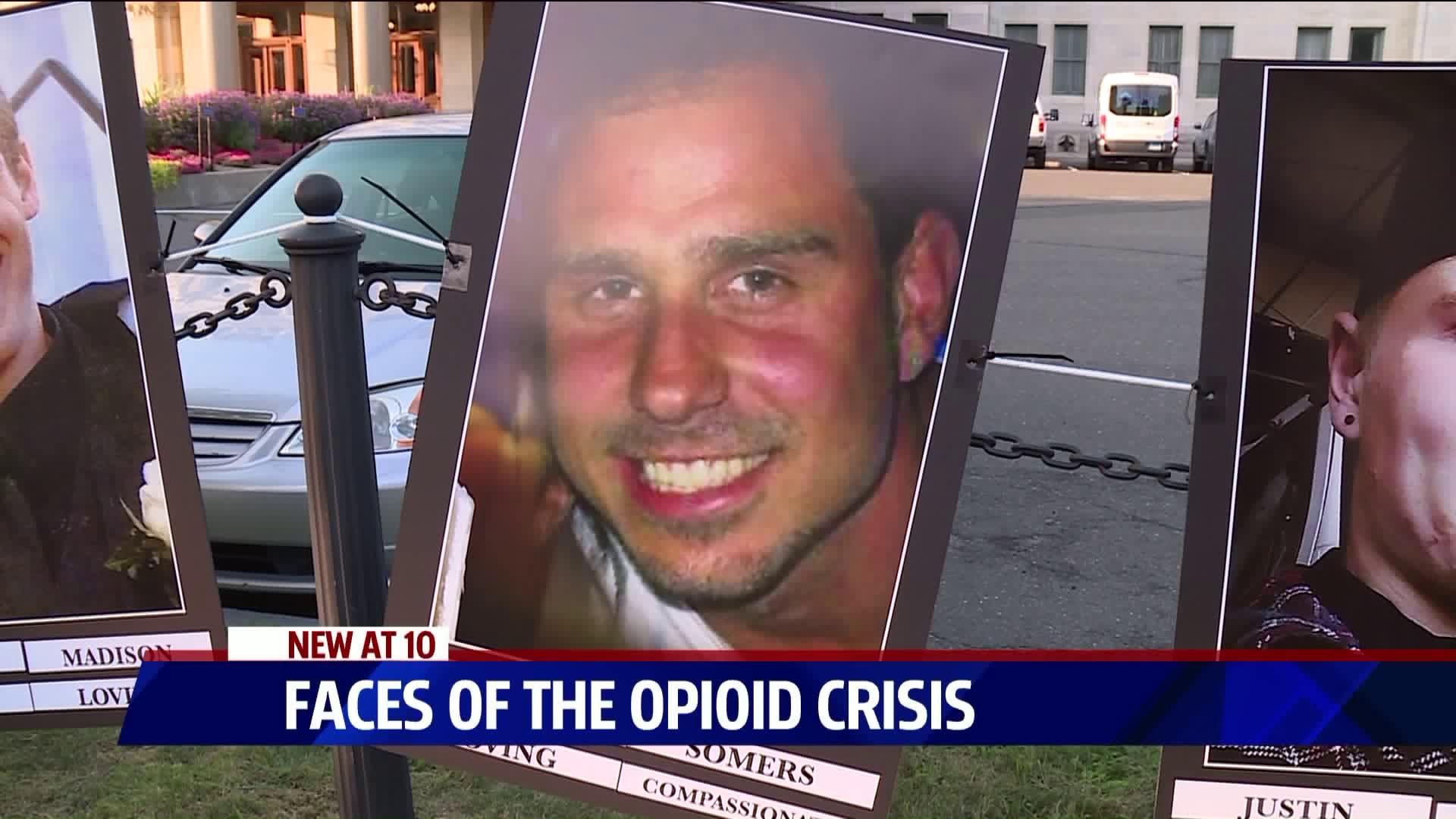 HARTFORD -- In honor of International Overdose Awareness Day, families gathered near the State Capitol in remembrance of losing their loved ones to opioids.

This vigil was a way to show that recovery is possible and help is out there.

Mothers, fathers and siblings were in tears as the names of their loved ones were read one by one. Pictures of those young men and women hung loosely by the lawn. Each picture had their first name, the town they were from, and two words to describe them.

“My heart just broke into a thousand pieces,” said Nanci Lawlor of Ellington.

Lawlor held tightly onto the poster of her son, Michael because she said that is all she has left of him.

“His last words to me basically were ‘Mom, if I ever were to overdose, I am so sorry but I can’t get this demon out of my life’” added Lawlor.

Michael was diagnosed with brain cancer in 2010 with a grade four tumor at only 30-years old. He quickly became addicted to the medications his doctor prescribed him. He desperately looked for help but felt as if help was not there.

Lawlor said the only help Michael felt at the time was to overdose. She added, “If people get addicted, it’s a disease. They don’t get care. That’s why I’m here.”

Across from the pictures were tiny, purple flags that were small in size but of large importance. 917 flags blew in the wind as they each represented a loved one lost to an overdose in Connecticut just in 2016 alone.

Luminary bags also lined the ground and each of them carried a heartfelt, personal message to the person they lost.

“People need to know how serious this is and how many lives are being affected and impacted by this,” said Sarah Howroyd, co-founder of the Manchester CT HOPE Initiative.

Howroyd is person in recovery herself. She said she was addicted to heroin at one point and said it was one of the darkest times of her life until she was able to fight the fight. Since then, she has used her story to help others.

“A lot of people here today didn’t come back and I am keenly aware of the fact that I probably should have been dead,” added Howroyd.

She said she expects more loved ones to be lost this year with that number possibly going over a thousand. If anyone you know is struggling with addiction, click here.