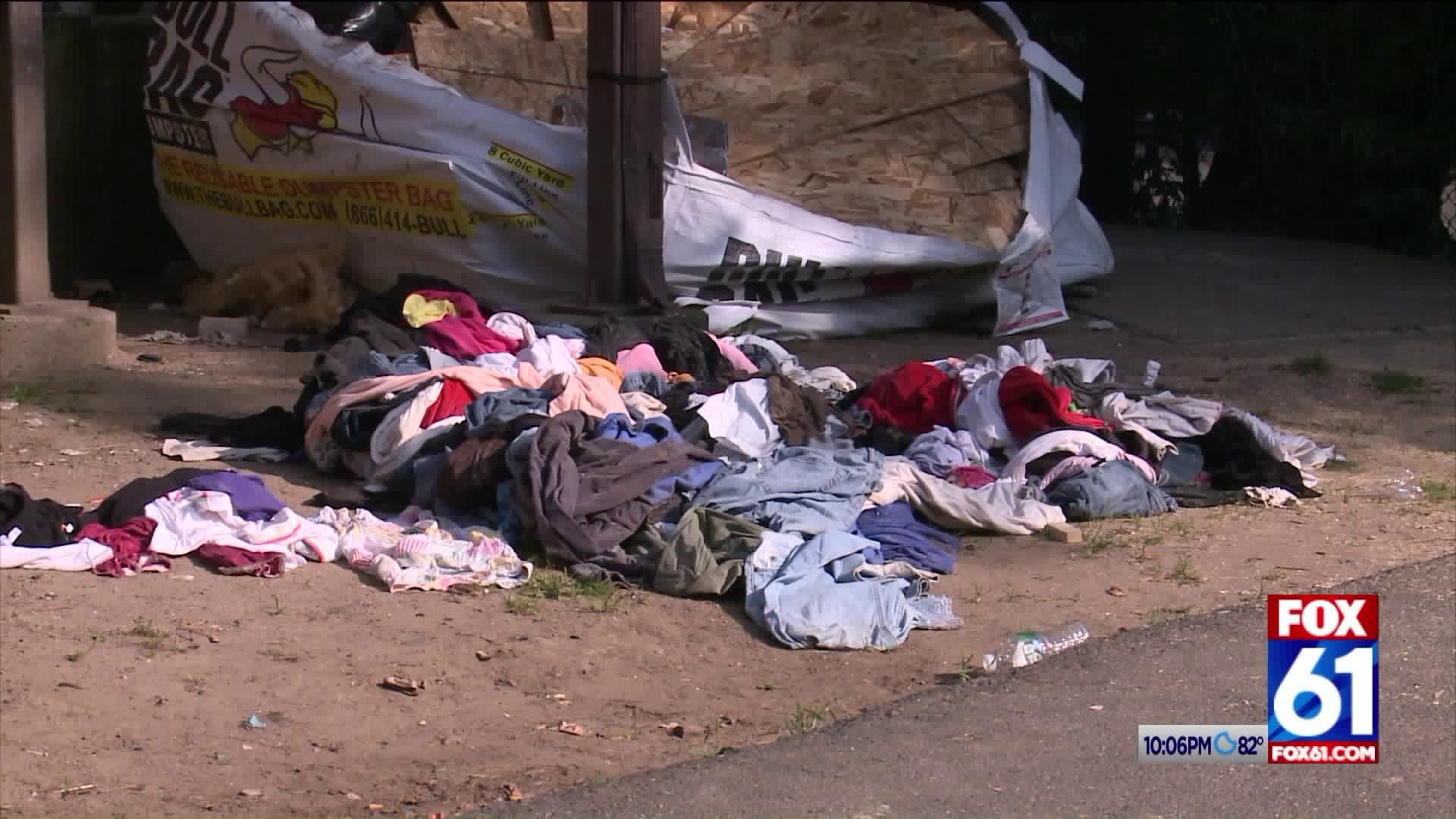 HARTFORD --  A tragic situation for 12 families in Hartford has left many questions unanswered.

Crowe recalled the emotional night when a fire forced her family out of their apartment at 123-125 Martin Street in Hartford. She remembers thick black smoke pouring into her room. She grabbed her youngest child and ran.

"We couldn’t see. We couldn’t breathe," said Crowe. "My kids were throwing up. They were scared. I was scared. It’s something I wouldn’t wish on anyone."

The fire would be just the start. The Hartford Housing Authority told them their home would be secured while they were placed in temporary housing. When the families returned home Sunday to gather their belongings, they found out they were robbed of everything they had left.

"My whole place was trashed," said Tammy Mosley. "Beds lifted, pocketbooks opened, papers everywhere. They took and they went through everything."

"Even her babies clothes," said Fernando Cuevas. "Even the stuff, can you believe this, in the hamper. They took the whole dirty hamper!"

Tenants said only the first floor was boarded up when they returned Sunday. They believe the thieves climbed up to the second floor and let themselves in.

"I get upset because if they tell you something, you’re supposed to do something and they didn’t." said Cuevas.

Now four days later, the second floor has been boarded up. The Hartford Housing Authority has arranged housing for some of the families in Manchester while others will remain in a hotel until permanent housing can be found.

Wherever they go, they won’t have anything to move.

"It’s our stuff. We’re supposed to be reimbursed by something because it wasn’t our fault," said Cuevas.

"Be accountable. Take initiative. Do something," said Crowe. "Don’t just say I don’t know because what am I supposed to tell my kids when they’re hungry I don’t know?"

FOX61 reached out to the Hartford Housing Authority multiple times for comment but have not heard back. The Hartford Police are aware of the situation.