NORWICH  — 12 families in Norwich have to find new housing after their apartment building was condemned last Thursday. Officials with the city said they a... 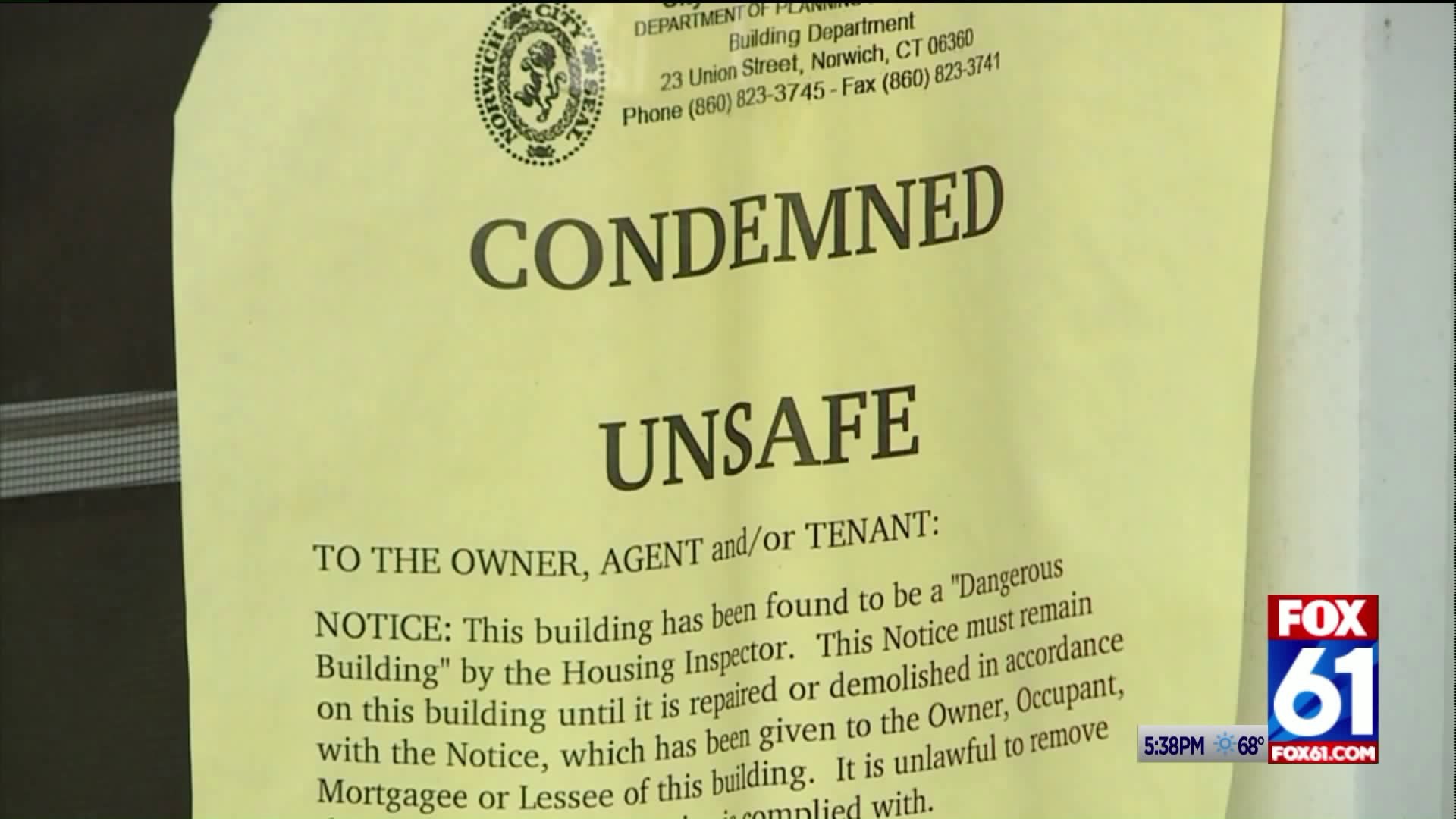 NORWICH  -- 12 families in Norwich have to find new housing after their apartment building was condemned last Thursday.

Officials with the city said they are going to be holding the owner responsible and demand something be done.

Lee-Ann Gomes said works with the city and serves as the Director of Norwich Human Services.

Gomes said, “It is uninhabitable and if we allow people to stay there knowingly then I think the city would be liable.”

The human services department is working with all the families to find a more permanent solution. Gomes said right now multiple families are in hotels.

Arpin said the building management company, Jampaganza Management, received several broad citations that cover an array of things like faulty plumbing and wiring with the more serious situation in the basement.

Arpin said, "when I was there, there was two gas fire furnaces that had a breach in the vent pipe where it dumps into the chimney and they were pouring right into the basement, it wasn’t going outside at all… just during into the basement. And the basement connects all the apartments, so it was just filling up with carbon monoxide.”

FOX61 reached out to the company and was connected with the owner, Estaban Vargas-Marrero, who said the apartment complex only got to this dilapidated state due to the neglect of a previous site-manager Latoya Matthews.

Vargas-Marrero said, “most of them were things that LaToya was responsible for and aware of and would not do them and was just pushing them off to the tenant and would said she would get to it, she would get to it,and she did not. Some of the things we did know about, she was paid for and did not do it.”

Vargas-Marrero went on to said that Matthews stole money from the building during the course of her employment. Matthews is also a tenant that has to move out of her home, but said the accusations against her are false.

Matthews said, "You know most of the contractors that were here were people he retained and I was just the face  I was like the voice people could actually talk to instead of that phone call that don’t go unheard  and I would relay whatever messages or handle whatever, and things started to get bad, checks started bouncing and people weren’t getting paid.”

An investigation has been confirmed by police, but since it is still active not much is being released.

The city said its focus will be finding a place for the displaced families to stay.

FOX61 spoke with a few residents who said they have until next Friday to find a place to stay.

The apartment building management company said they will be doing everything in their power to restore the buildings.

Vargas- Marrero said, “We are rushing and trying to expedite this as quickly as possible, we are not looking into selling because we are not trying to throw away our responsibility.”

Matthews said she is seeking legal council against the property management company for defamation of character.

Expect more from FOX61 as this story develops.