PLAINVILLE – A family in Plainville hoping to be together for the holidays was torn apart days before they got the chance. On December 7, Isaias Iriarte, who ha... 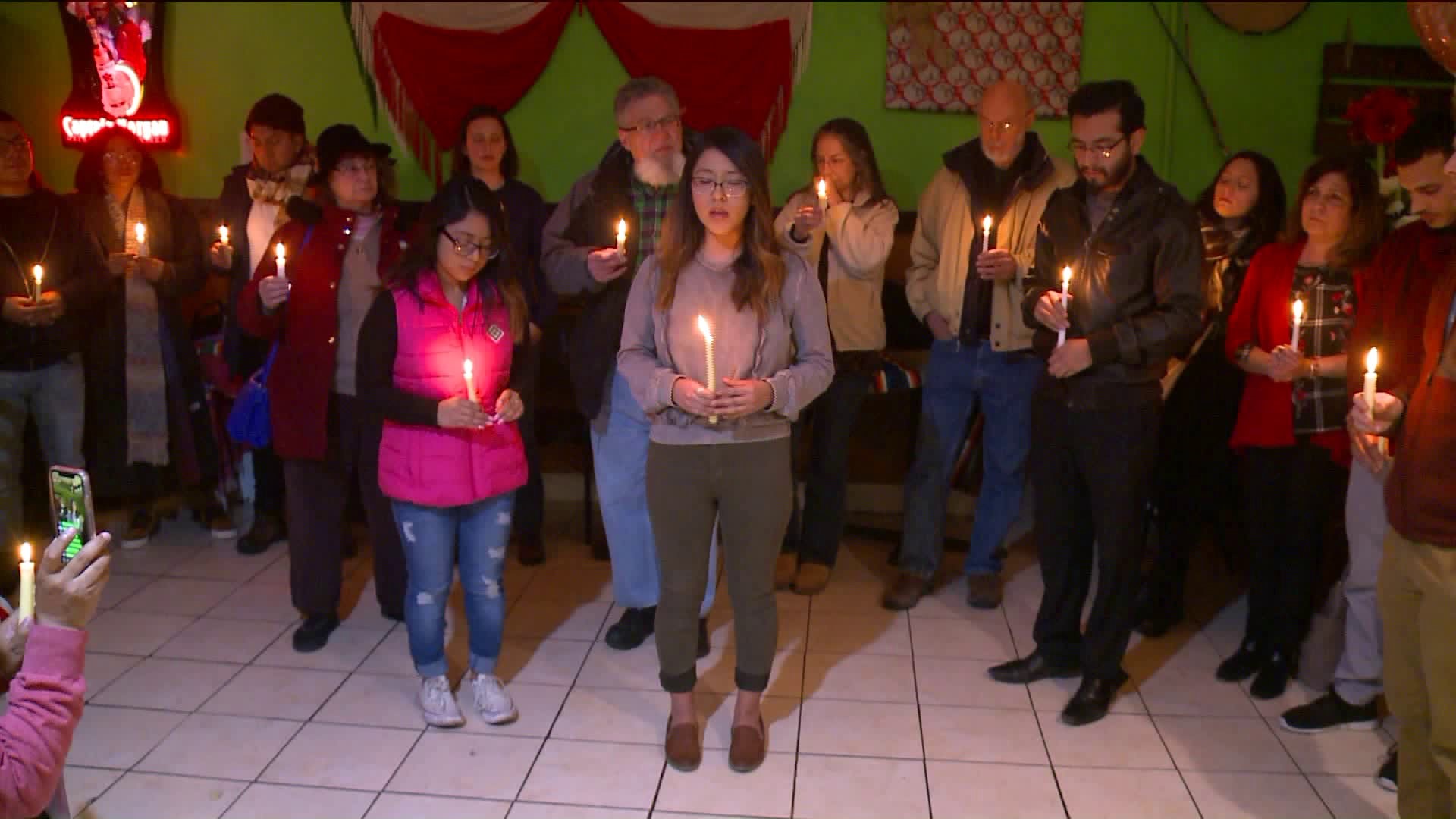 PLAINVILLE – A family in Plainville hoping to be together for the holidays was torn apart days before they got the chance.

On December 7, Isaias Iriarte, who has lived in the United States since 1999, was detained by immigration authorities. He was running errands with his wife when a van pulled them over. Out stepped two immigration officials, who took Iriarte into custody, leaving his wife alone. His immigration status was flagged after he left the country to visit his dying mother. Now, he is spending the holidays behind bars and away from his family.

The Iriartes opened their Plainville restaurant, El Paso Mexican Restaurant, in 2002. On Christmas Day, loved ones gathered for a vigil to show support for Iriarte and his family.

“All he does is care,” said Bitzania Iriarte, the youngest daughter of the family. “He cares about me, he cares about my family. Oh, God, I love him so much.”

“He is so hard-working,” said Jalinne Iriarte, another daughter. “He is the person who showed me if you want something, you have to work hard to get it.”

Jalinne said she was happy to see the crowd in her family restaurant Tuesday afternoon.

“It’s just heartwarming, especially in this time of so much sadness,” she said. “It’s a joy to see people take time out of their life to come and support a family they might not even know.”

The father of these two girls was being held in Massachusetts but a few days ago was transferred to a facility in New Hampshire. Family members are praying they can sort this out before he is deported.

“We just want the opportunity for them to open up the case,” said Jalinne.

“Keep families together,” chanted those in attendance.