NORWICH — Tank, a 21-month-old pup, is being hailed as both a hero and a hazard. The pitbull is locked up at the Norwich Animal Shelter, but it’s no... 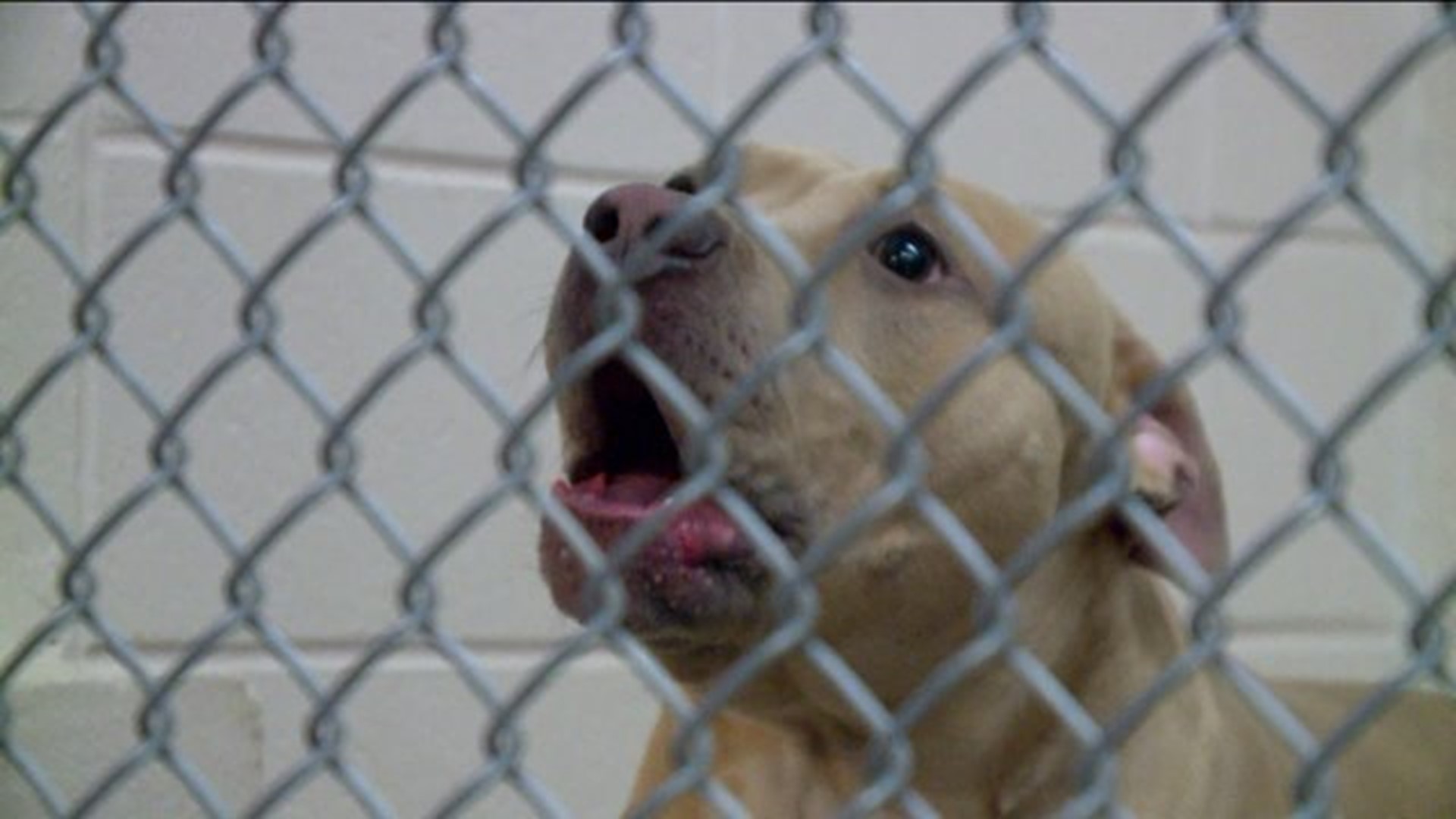 NORWICH -- Tank, a 21-month-old pup, is being hailed as both a hero and a hazard.

The pitbull is locked up at the Norwich Animal Shelter, but it's not a punishment. Tank has actually been a very good boy, according to the girl he saved.

Earlier this month, the 11-year-old Savannah Vanese was tending to her chickens when Tank spotted a stranger in the coop.

"All of a sudden my dog comes barking and sprinting under here and I look under and there's this huge raccoon and I just didn't know what to do. I just stood right here," said Savannah.

In shock, she watched her snuggle buddy morph into super puppy.

"They were just tussling and the raccoon went on his back and scratched him on his face and Tank kept trying to pounce on him," said Savannah.

Within minutes, Tank emerged the victor, killing the raccoon.

"I was really just proud of him because it could have been fatal for me," said Savannah.

Unfortunately, the fight might be fatal for Tank. Experts diagnosed his nemesis with rabies. The lifesaving pitbull needs to be quarantined in case he caught the disease.

"Basically we're waiting to see if he gets any symptoms because the only way to test him is to euthanize him, so we're trying to avoid that step and give him his fair chance. It's the least I could do for saving my daughter," said Chris Vanase, Savannah's dad.

He said he'll have to foot the bill for Tank's six-month quarantine, but he is okay with that. The whole family continues to receives precautionary rabies shots.

Savannah herself can't visit Tank at the pound because she is a minor. While he waits until July to come home, the sixth grader wants her savior to know that she misses and appreciates him.

"If we have to put him down, he'll die as a hero. I'll know that he died for saving me, my family and my chickens," she said.

Tank hasn't exhibited any symptoms of rabies yet. He was only overdue on his booster shot by a few days.  A Norwich animal control officer told Fox CT she has never had a dog in rabies quarantine end up infected.