HARTFORD — The U.S. Women’s National Soccer Team had the support of fans in Hartford. Dozens of fans decked out in their red, white and blue packed ... 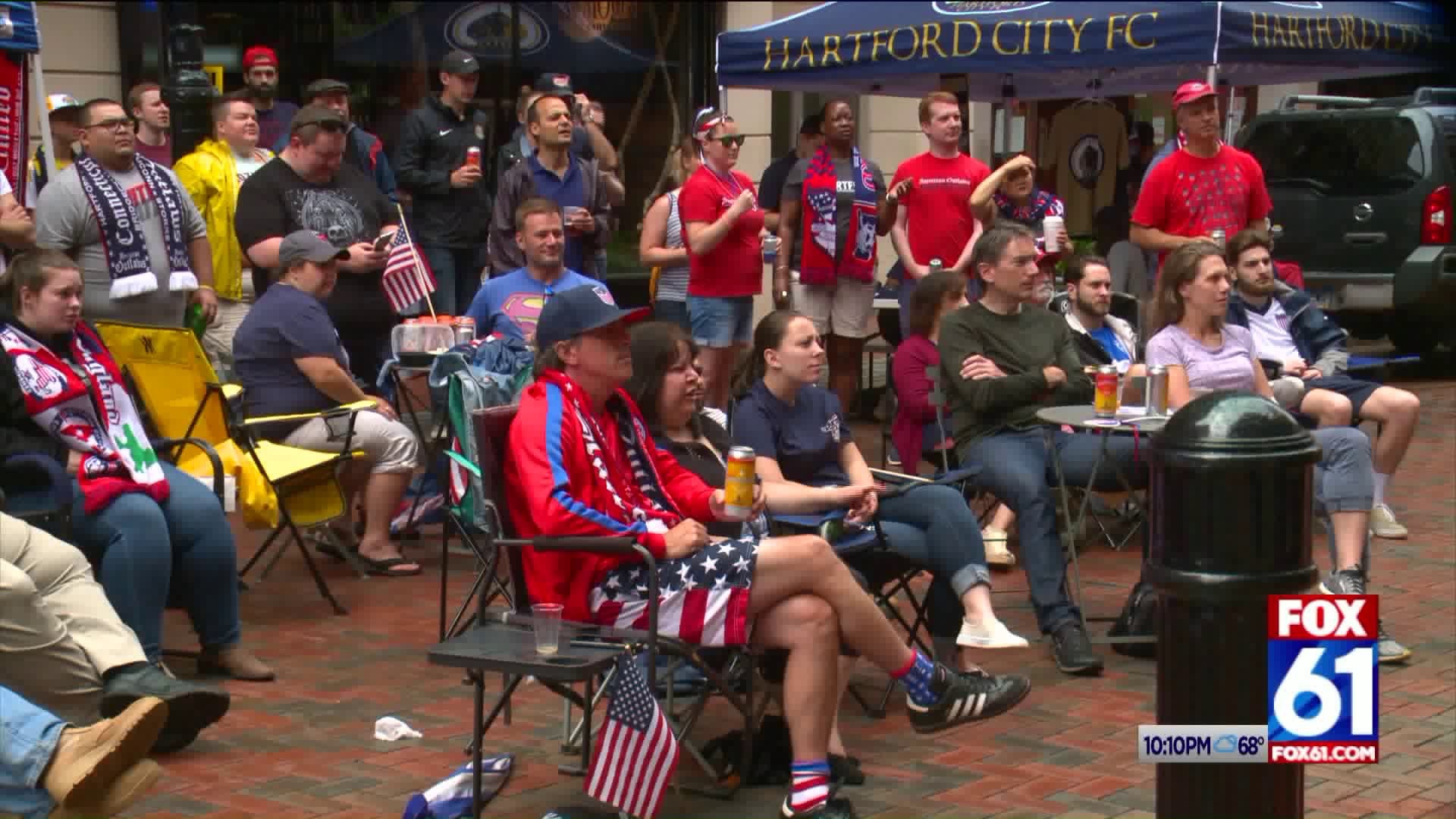 HARTFORD -- The U.S. Women's National Soccer Team had the support of fans in Hartford. Dozens of fans decked out in their red, white and blue packed Pratt Street on Sunday to cheer on the Women's team as they took on Chile in a World Cup match.

“It’s fun, it’s one thing to watch a sporting event by yourself, it’s another thing to watch as a group together and that makes it all the more fun,” said
Andy Leary of Ellington.

Organizers say they’ve been waiting years to have an event like this one in Hartford, and finally this year they were able to pull it together just in time to watch the U.S. Women in the World Cup.”

“ The City came to us, they said hey we want to put this together on Pratt Street. Obviously we were down, we’ve been trying to do this for years. It’s been a little tough permitting with working with the city. we always host an event with tavern downtown and today we had an opportunity to come outside and put on a great event and grow the exposure so we took full advantage and here we are,” said Tom Lovkay, President, American Outlaws Hartford.

The event was organized by The American Outlaws and the Hartford Chamber of Commerce. The fact that it fell on Father’s Day turned out to be the perfect gift for some dads!

“We live for it. It’s Father’s Day, my daughter asked me what I want to do for Father’s Day, where are we gonna go watch it. Of course we’re coming here,” said John Gildersleeve of East Haven.

This viewing party is a tradition organizers hope they can continue in the years to come! They hope that it will only grow from here as the soccer fan base continues to grow.