FARMINGTON —  When Marisa Dolce of Farmington was diagnosed with Stage-2 breast cancer, she said she was ready for the fight. “I didn’t want the cancer to... 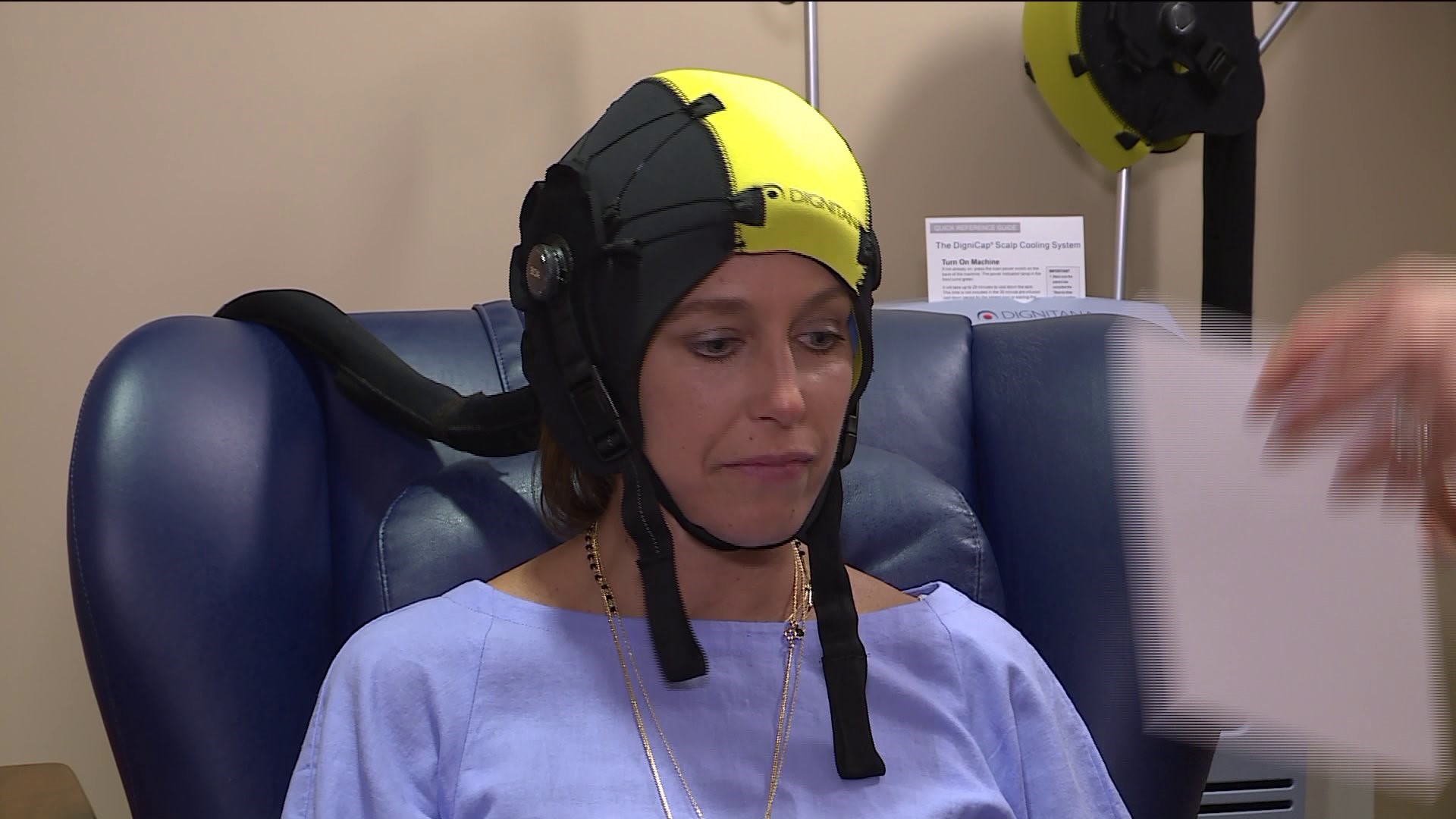 FARMINGTON --  When Marisa Dolce of Farmington was diagnosed with Stage-2 breast cancer, she said she was ready for the fight.

“I didn’t want the cancer to define me. I wanted to beat it, and I was going to do it, and there was no stopping,” she said.

However, she wasn’t looking forward to the side effects of chemotherapy, which include losing her hair.

“Many women come in and that’s their number one fear, is losing their hair, losing their identity,” she said.

Dolce said she was prepared to shave her head, until UConn Health offered her the chance to be the first person at that facility to try the DigniCap, a scalp-cooling system designed to minimize chemo-related hair loss.

“It helps [women] feel more confident,” Tsipouras said, “many times they don’t have to tell co-workers or friends if they don’t want to that they’re getting cancer treatment because their hair is still there.”

The DigniCap is worn during each chemotherapy treatment, and it’s generally put on 30 minutes prior to the start of the treatment and stays on for 90 minutes afterward.

During that time, coolant circulates through a silicone cap gradually, and safely cooling the scalp down to near-freezing temperatures. The cold restricts blood flow, which in turn limits the chemo chemicals ability to reach the hair follicles.

“Many people say it’s cold the first couple times and then they get used to it - it will just become numb after a while,” Tsipouras said.

Dolce said it was uncomfortable, but was well worth it.

“When I would take the cap off there was icicles on my head,” she laughed.

Lab studies have shown the DigniCap preserves at least half of a patient’s hair in about 75 percent of patients. Dolce said she kept 70 percent of her hair, which really helped her to feel more like herself during treatments.

“It made a huge difference,” she added, “physically, I could look in the mirror, I could see that I had hair. I could comb my hair. It was still me.”