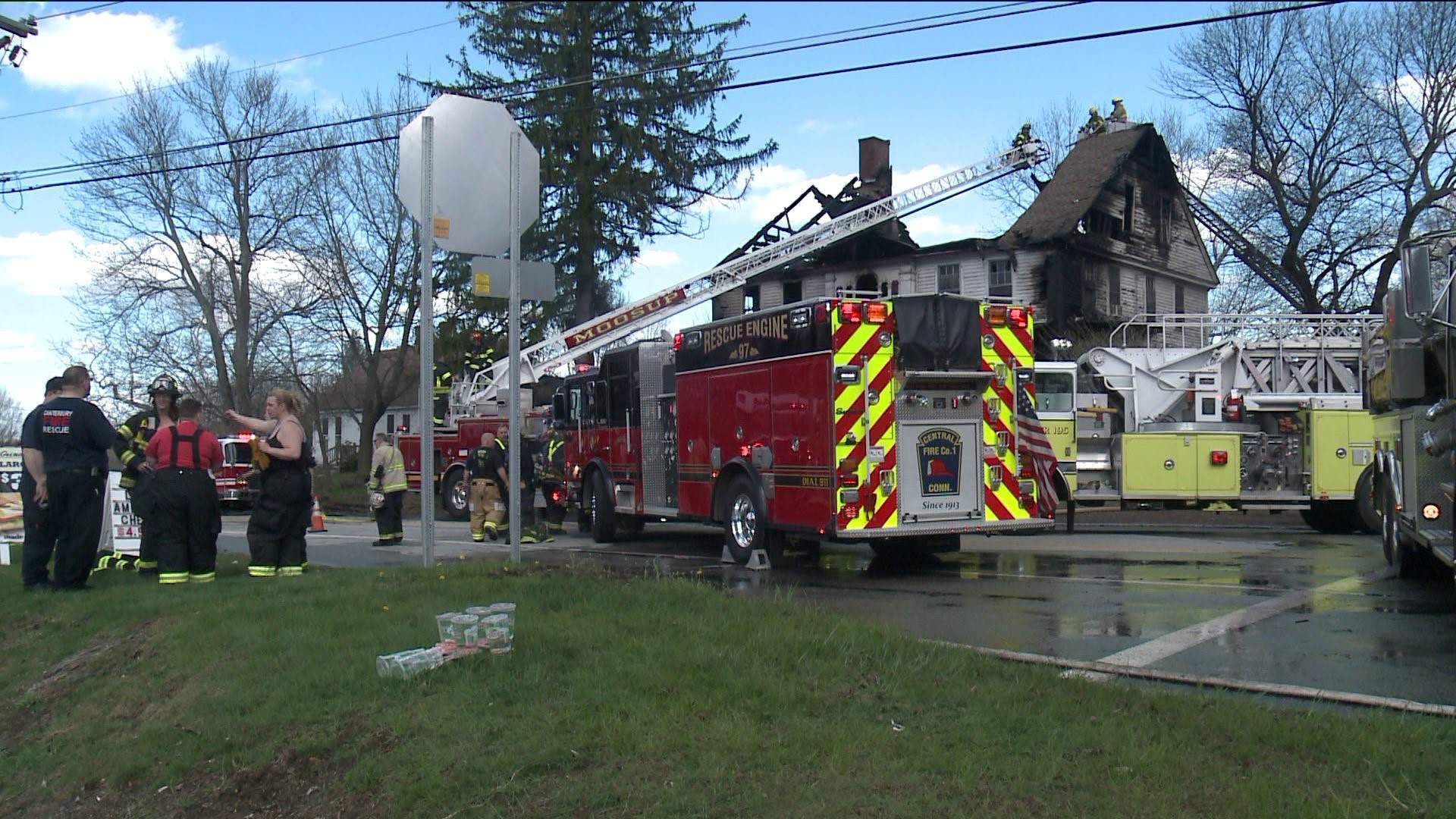 Canterbury Fire Chief Jason Matteau said over 60 firefighters were on scene of the fire, consisting of eight to 10 departments.

“The wind pushed it right in, we knew it would be really bad so right off the cuff we started as many people to the scene as we could,” said Matteau.

No other injuries were reported. The cause of the fire is unknown at this time. FOX61 News will provide updates as soon as they become available.

Person who lives in home with wife and 3 kids says they were not home at time of fire. Home was built in 1700’s. At one time was #Canterbury town hall @FOX61News pic.twitter.com/lpGc5B3vt2

NEW VIDEO: was given this video by person at scene of house fire just as #Canterbury FD was arriving @FOX61News pic.twitter.com/tpyv8BaXeL