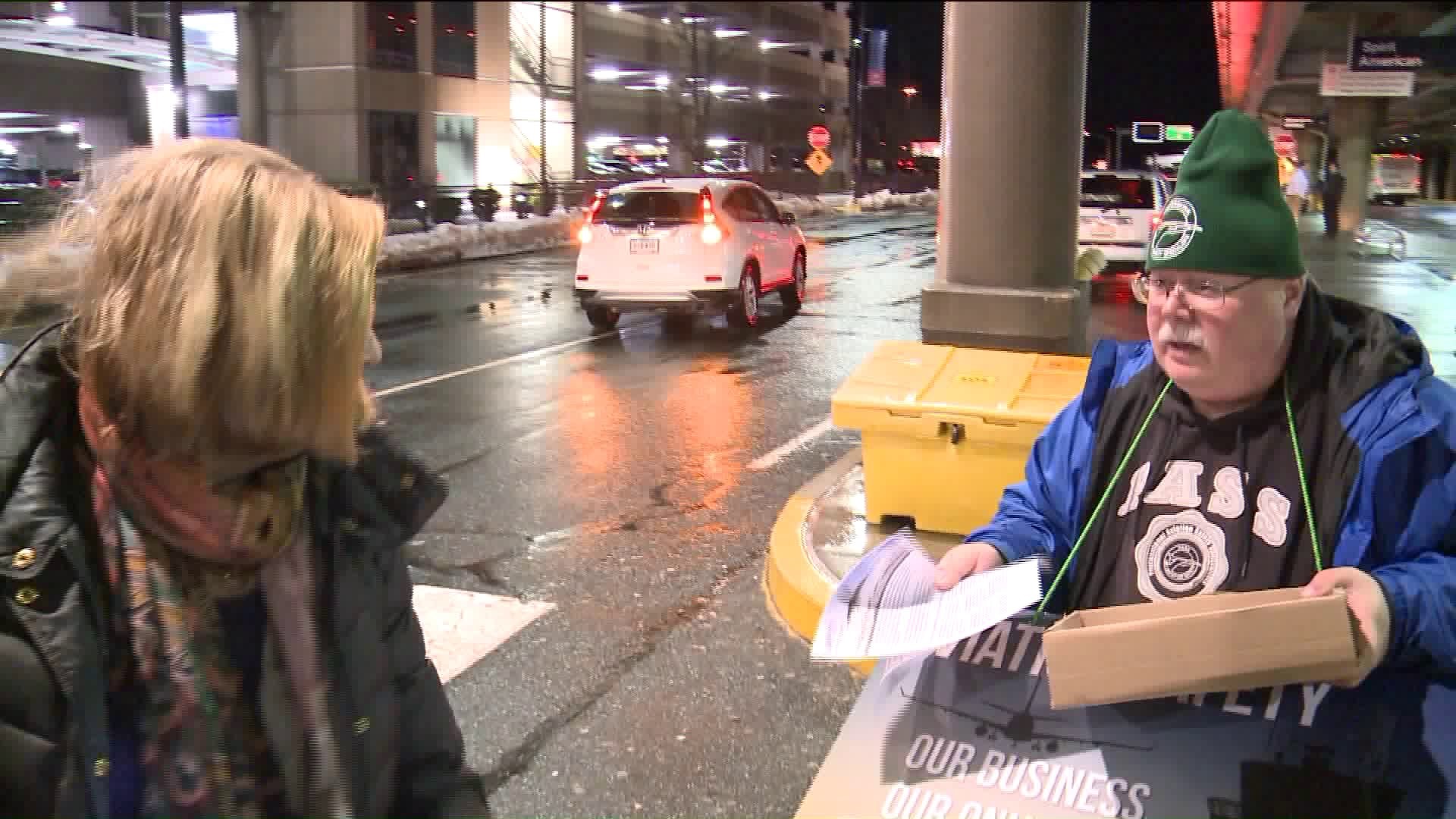 Some federal employees, specifically those deemed “essential,” are required to work without pay; others are furloughed. Aviation Safety Specialists rallied at Bradley as the shutdown concluded its 34th day. Employees say the missed paychecks and stress will lead to employees seeking employment elsewhere. They are set to missed their second paycheck on Friday.

“We don’t really have nothing to do with the southern border,” said Richard Dionne, an electronic technician at Bradley. “We’re here to make sure the airspace is running for air traffic.”

“I’m doing the same job I did before,” said Janine Murphy, an Airways Transportation Specialist. “But the stress is unbelievable.”

Like many federal employees, Murphy said she is living off of credit cards and savings.

“It’s still safe to fly but this can’t go on forever,” she said. “This has to end because otherwise, there are going to be problems.”

“I think the public should be very alarmed about this,” said Congressman John Larson.

Larson said he believes federal employees should get back pay with interest.

“They’re all American citizens,” he added. “A small speck of the population that’s carrying the burden for all of us because they president’s having a Tweeting tantrum.”

Tom Couch, a federal electronic technician, is also a veteran and was planning on retiring this year.

“I’m going through my savings,” said Couch. “I’m gonna have to stay another year.”