Fights break out at malls across the country, including in Connecticut

Note: Language in some of the videos below may not be appropriate for all audiences.  Brawls broke out at various malls across the country on Monday evening, mo...

Note: Language in some of the videos below may not be appropriate for all audiences.

Brawls broke out at various malls across the country on Monday evening, mostly involving teens. It’s not yet known why so many broke out around the same time, or if they are at all connected.

Here in Connecticut, several fights broke out at The Shoppes at Buckland Hills in Manchester. Several hundred teens were involved in the various fights, which led to the mall being evacuated and shut down for the evening. It started near the food court with a fight of eight to 10 people, which left one police officer with minor injuries. 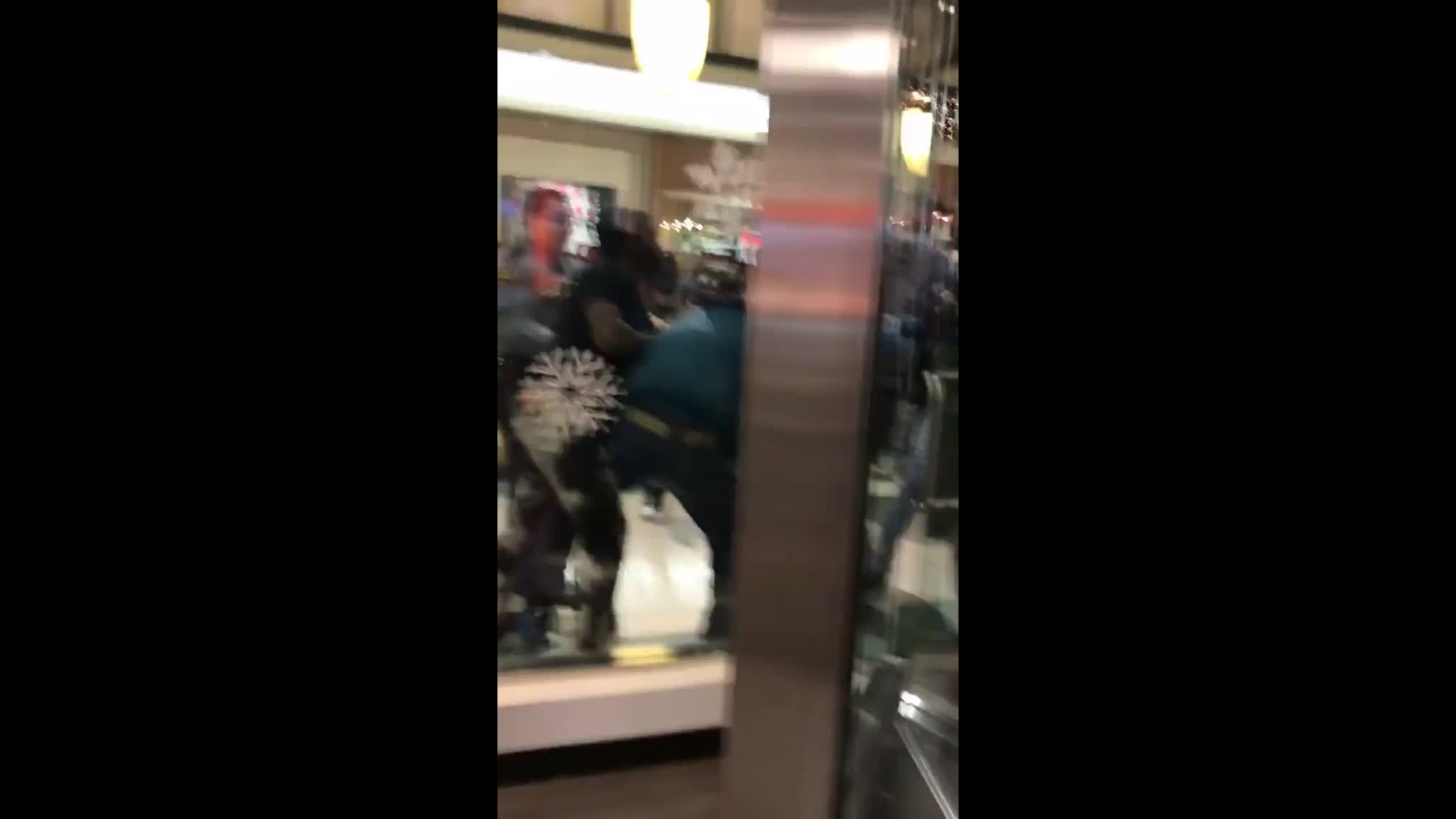 Later in the evening, a verbal altercation involving several teens broke out at Westfarms Mall, which sits on the border of West Hartford, Farmington and New Britain. It was in the lower level center court, but was broken up by security before it escalated into a physical fight, police told FOX 61.

Meanwhile, in Aurora, Colorado, FOX 61 sister station KDVR reported that the Town Center of Aurora mall as evacuated after a "large disturbance" involving "multiple skirmishes inside the mall.

Aurora police tackling and dragging teen age kids, no bigger than 120 pounds and using excessive force on these children. Stop the police pic.twitter.com/edKCur5k7Y

In Elizabeth, New Jersey, a fight broke out at The Mills at Jersey Gardens. A loud noise was made during the melee, leading panicked shoppers to mistakenly think that shots had been fired. Eight people suffered minor injuries, according to FOX 61 sister station PIX 11 News.

Also, FOX 61 sister station FOX 8 Cleveland reports that the Beachwood Mall in Beachwood, Ohio, was placed on lockdown due to a disturbance in the food court.

smh they was shooting in Beachwood Mall (Cleveland) pic.twitter.com/I8TjjsUPZB

And in Fayetteville, North Carolina, police reported on Facebook that there was a "large disturbance" in the food court at Cross Creek Mall. There were reports of shots being fired, but they appeared to be false. Several teenagers were involved in a fight though, and the fight quickly grew, leading to the mall to evacuate and shut down.

Idiots at Cross Creek Mall./RT @BishoptheDon_: bro my first day back to fayetteville and they getting down pic.twitter.com/GaTytfCcgq

It was dumb crazy pic.twitter.com/EB0PEamKez

Also, Hulen Mall in Fort Worth, Texas, was put on lockdown due to an incident at the mall. Videos appear to show some type of brawl.

Police say no one was injured.