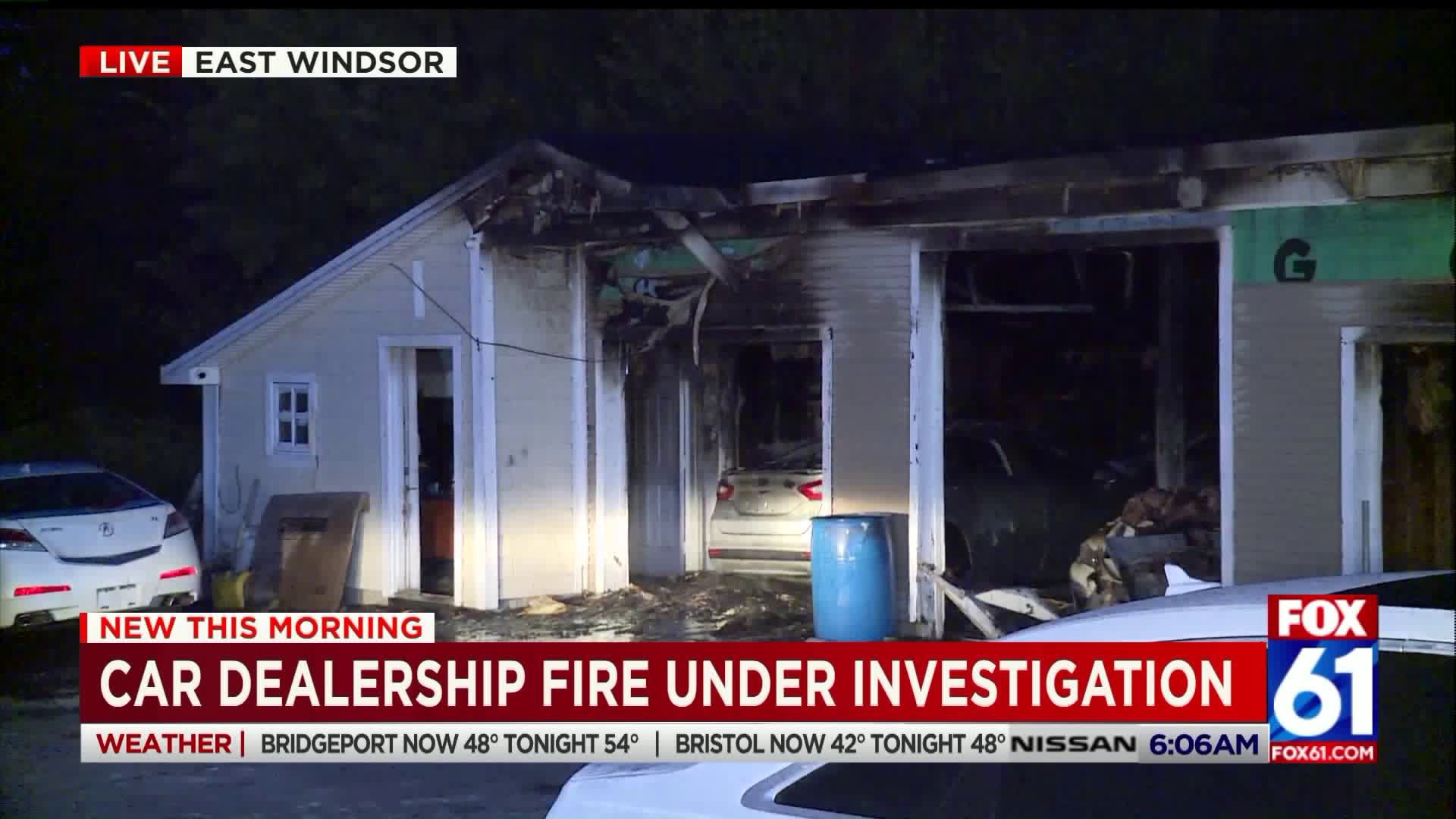 Several fire crews responded to the call at the auto body shop on Route 5 officials say it took nearly 40 minutes to put out the flames.

The fire caused four vehicles inside to be reported as a total loss.

Looking at the damage, emergency responders say they are thankful there were no injuries.

Fire Chief James Barton with the Warehouse Point Fire Department said, “It’s very good that we didn’t have any injuries, this type of fire poses a big hazard because there are a lot of chemicals inside the auto detail/auto body shop.”

The property owner spoke to FOX61 off-camera, he says he was shocked to wake up and find his business destroyed saying he left about two hours prior to when the fire was reported.

Officials say at the time the parking lot was filled with cars and with it being fenced it posed a number of threats to putting out the flames.

“We established a water supply our water supply did become compromised at first because we had a vehicle run over the hose in the street which broke two of our hoses and delayed the extinguishment,” said Chief Barton.

Officials say going further into the investigation they will be looking into the cameras on the side of the building to determine what caused the fire.

Chief Barton said, “We’re looking at all the evidence at this point, we are being assisted by the state fire explosion and investigative unit. They are assisting us at this point.”

The property owner tells us that he doesn't have insurance and will be looking to rebuild as time goes on.