BRIDGEPORT – An off-duty city firefighter has died in a car crash. Just before 3:30 p.m. Saturday, two cars were involved in a serious accident on Bishop ... 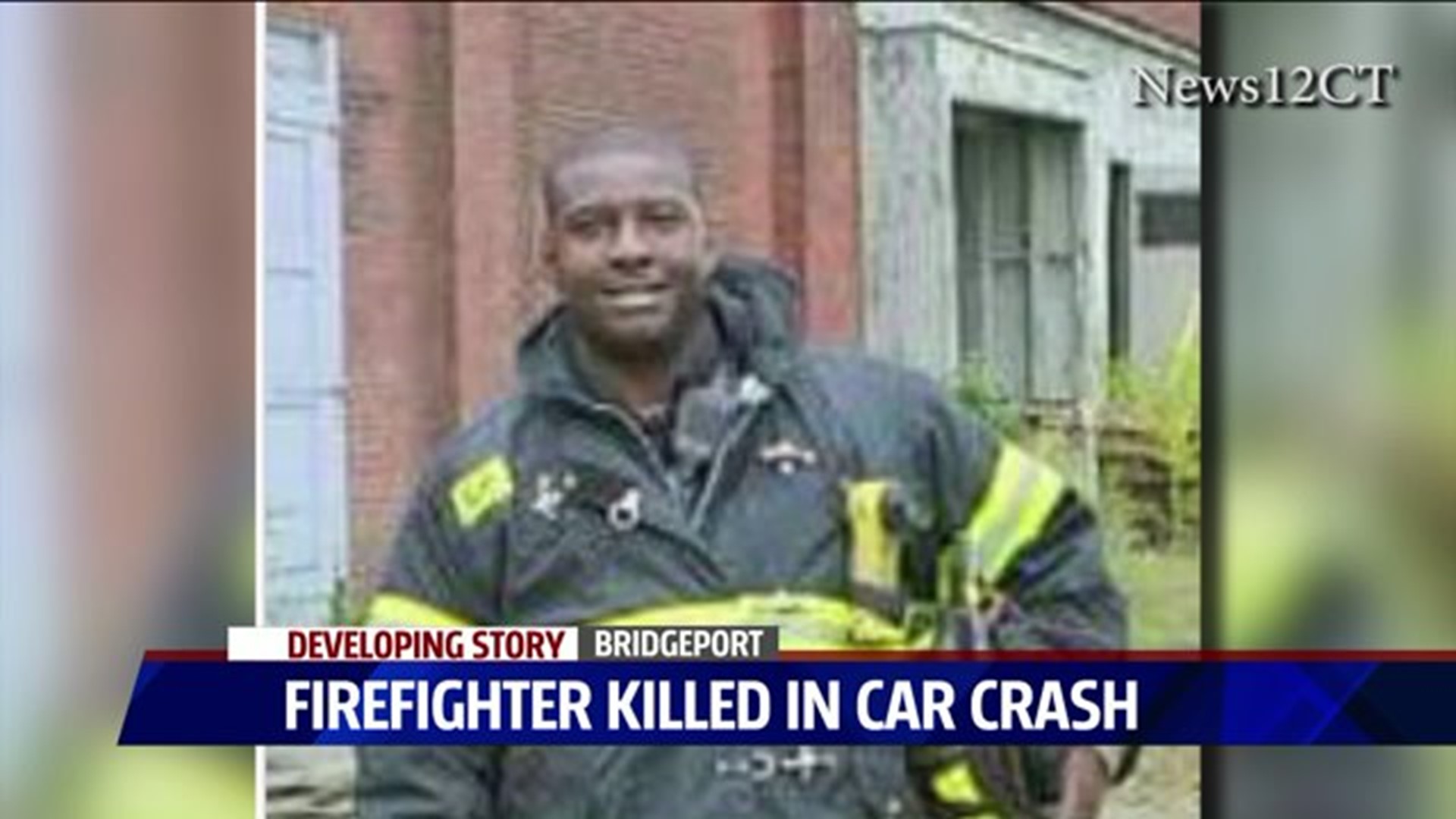 BRIDGEPORT - An off-duty city firefighter has died in a car crash.

Just before 3:30 p.m. Saturday, two cars were involved in a serious accident on Bishop Avenue near Connecticut Avenue.

There were multiple injuries with several occupants of both vehicles needing to be extracted by Bridgeport emergency responders.

Jimmie Jones, 34, an off-duty Bridgeport firefighter who was assigned to Truck and Ladder 6 on the East Side Battalion 2 on Central Avenue, was killed.

City officials said Jones was traveling south on Bishop Avenue when he lost control of his vehicle, striking a parked, unoccupied pickup truck and then hitting a utility pole.

One of his passengers, a 37-year-old woman, was taken to Bridgeport Hospital in critical condition.

Jones' 15-year-old son suffered a broken leg and is expected to be released from the hospital.

Some of Jones' truck mates on Ladder 6 were faced with the responsibility of extricating him from the vehicle. They attempted to perform CPR to save his life, but were unsuccessful.

Mayor Joseph Ganim and Fire Chief Brian Rooney released a statement late Saturday, extending their deepest condolences to Jones family prayers for the speedy recovery of all victims of the accident.