OXFORD -Three people died Saturday night after a fire destroyed a home on the 60 block of O’Neil Street. Terrified neighbors woke up screaming after a loud nois... 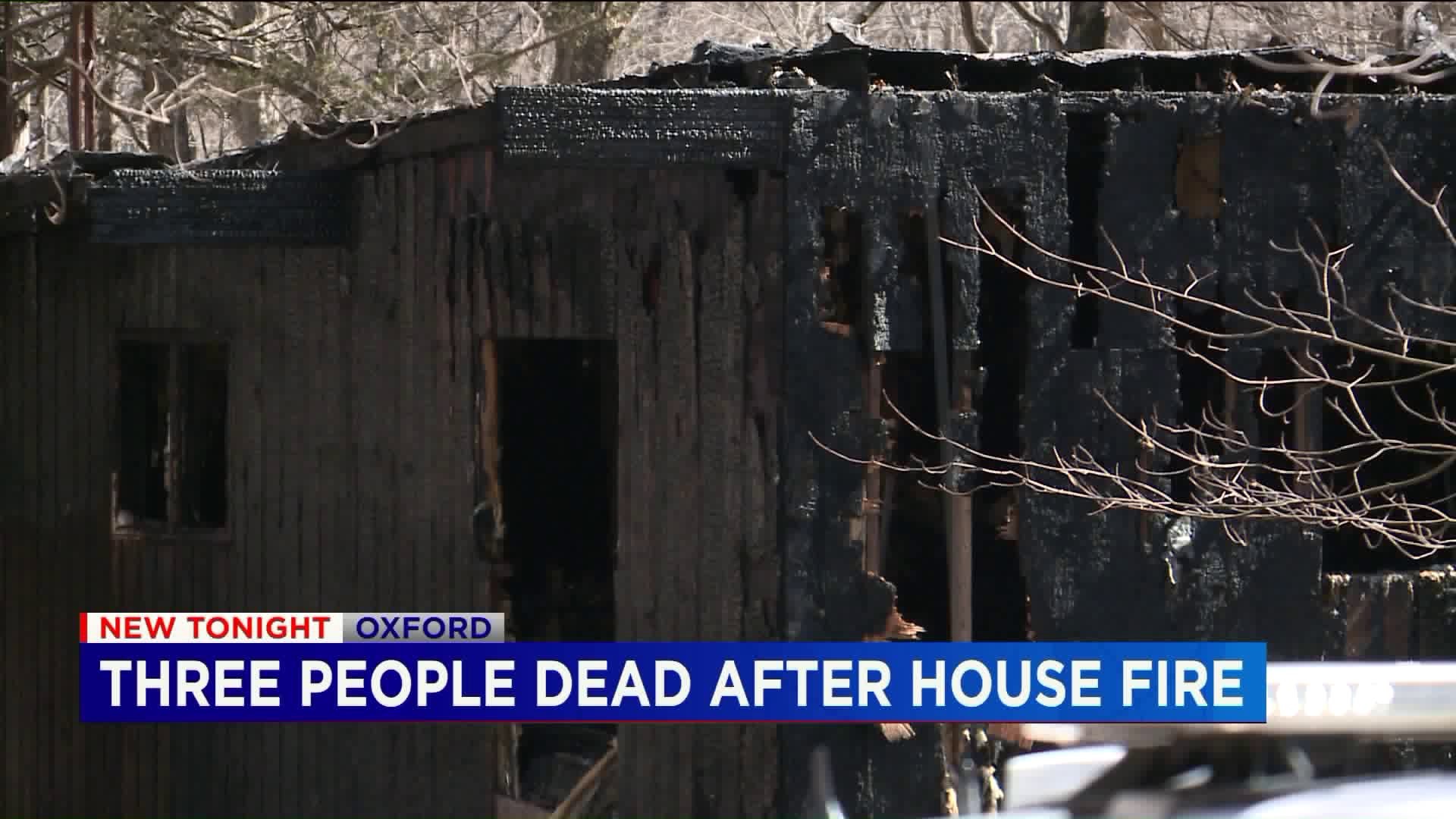 OXFORD -Three people died Saturday night after a fire destroyed a home on the 60 block of O’Neil Street.

Terrified neighbors woke up screaming after a loud noise led them to find their neighbor’s home engulfed in flames.

Dozens of phone calls were made to fire officials asking for help.

Jenn Babb and her husband were among the many residents that rushed outside to see the fiery glow.

Babb said, “We kept hearing this booming sound, and my husband was like we need to go out there.”

Other neighbors we spoke to say they were sad to learn the family didn’t make it, but they say the family was loved by the community.

The area around the home has been tapped off for safety. Officials say the home is at a total loss and the only thing left standing is the chimney.

George Temple is the 1st selectman in Oxford, he said, “Try to get a positive out of even the worst things maybe this gives us an opportunity to examine what we are doing at home with clutter, fire alarms, you know storing flammable material.”

Kash Cochrane another neighbor echoed the importance of a safety plan in case of a fire.

Cochrane said, “If you’re using any type of alternate heating sources such as propane or pellets make sure all your appliances are up to par.”

Donations to help can be made through the tribute pages.