EAST KILLINGLY/SOUTH WINDHAM–Two large mill fires broke out within hours of each other in Windham county early this morning. “It was a big ball of f... 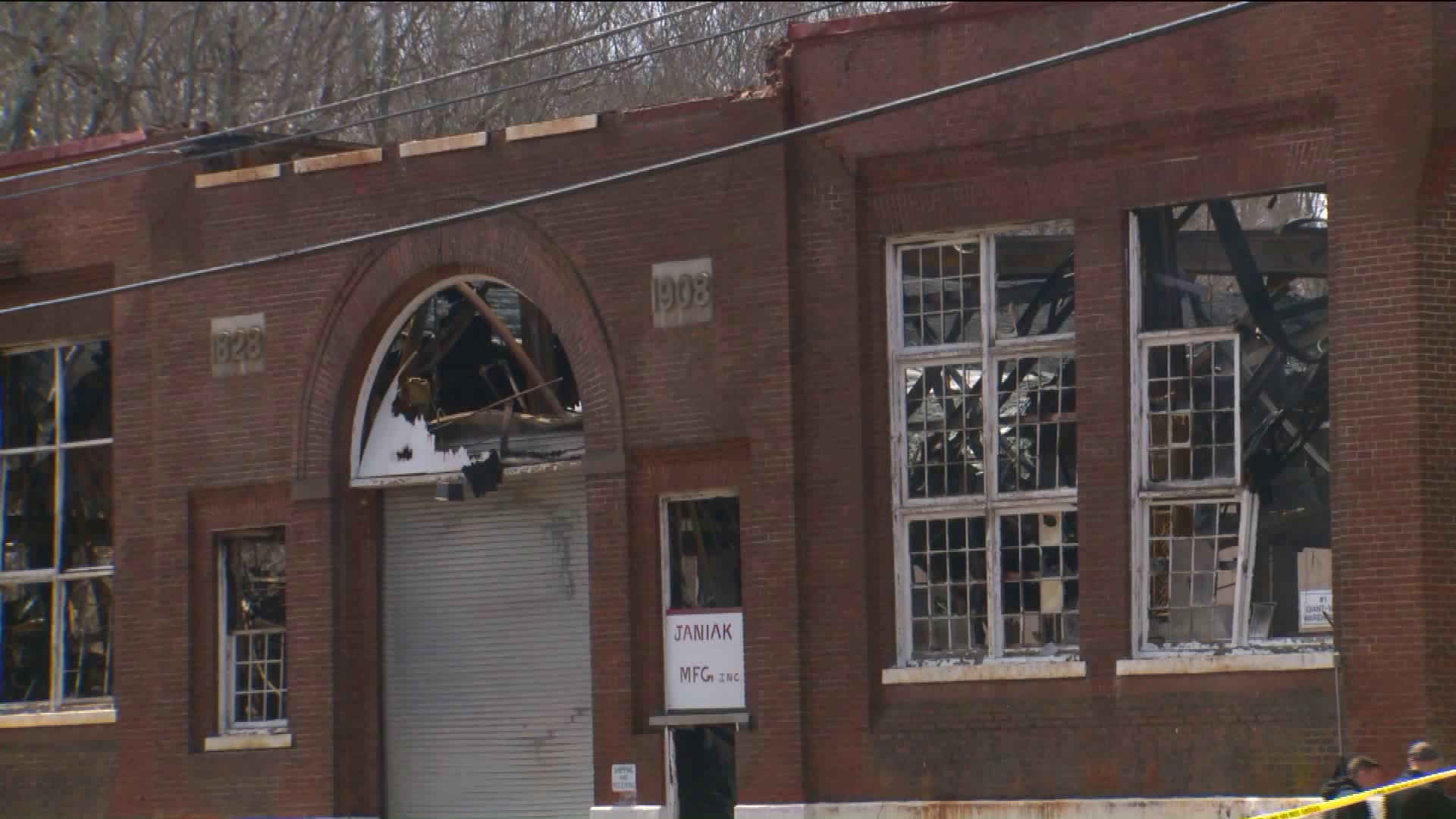 EAST KILLINGLY/SOUTH WINDHAM--Two large mill fires broke out within hours of each other in Windham county early this morning.

"It was a big ball of fire," says Charlotte Burwell, who lives near the fire.

Explosions turned into a four alarm blaze that shook houses and woke up the people inside them Saturday morning at 963 Bailey Hill Road in East Killingly. The building was the former Acme Cotton Company Mill and has been vacant for years.

"It was just amazing to see how much fire was there," says Burwell. "The whole mill was actually on fire at that point."

Video from viewer Luke Adams shows the fire throwing debris into the air. Some of it landed right in his yard.

It's been crazy," says Burwell. "It was supposed to be a nice quiet morning and the neighborhood has been turned upside down."

The outside brick structure is largely standing, but here in Windham. You can see directly through the windows and the building is a total loss. The town's director of development tells FOX61 it's going to be knocked down in the next day or two.

Officials are asking the public is advised to avoid the smoke downwind of the fires. Air monitoring tests revealed that no toxic chemicals have been detected, however, the visible solid particulate in the smoke may pose health risks.

DEEP officials said said that asbestos was identified in roofing materials at both sites. Debris from the Killingly fire was deposited on surrounding downwind properties. The debris field is being mapped by DEEP  and environmental contractors will remove the materials in the coming days.

Killingly residents that are concerned about fire debris on their property are asked to call the local debris hotline at 860-774-7555.

Public records show a man from China bought the building in 2013. It has been mostly empty. The realtor for the property tells us the man was working with the town to put a manufacturing firm in the mill and already started putting a few machines in there.

"People were excited just like Mr. Wang was to bring something in to Southeastern Connecticut and they really liked this area," Victoria Schroeder, the broker who helped sell the property to the current owner.

More than 140 firefighters worked through the night putting out both mill fires. The Fire Marshal's office is still investigating the cause of each, but public information officers tell FOX61 they don't believe the two are connected.

By 6 a.m., the fire was out, but crews were still working on hot spots and the S. Windham fire chief told FOX61 "We'll be here for quite some time."