First Night in Hartford goes on despite soggy forecast

HARTFORD – First Night Hartford is celebrating its 30th year in the capital city. Two years ago, the citywide family celebration faced a funding crisis as the c... 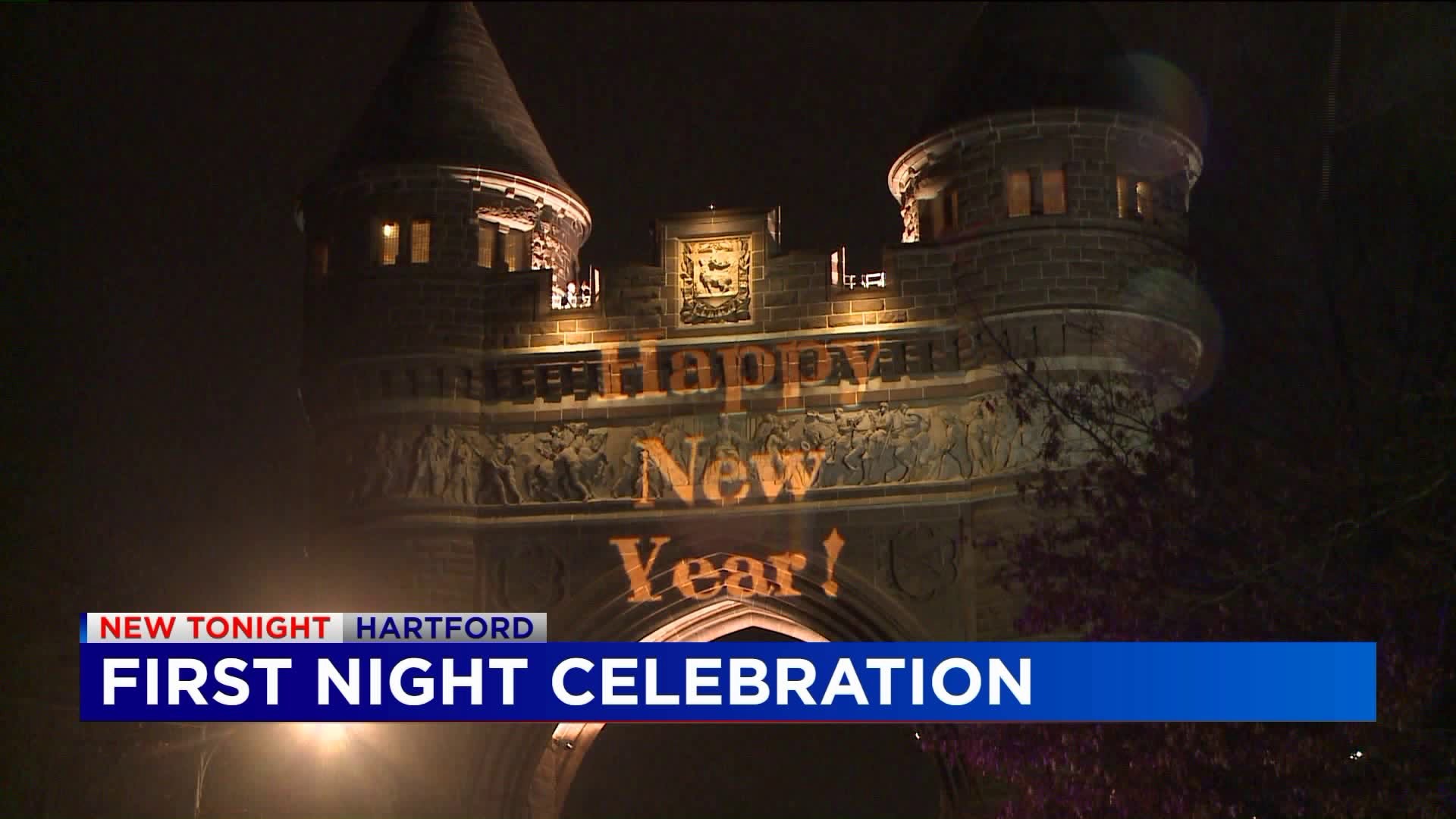 HARTFORD – First Night Hartford is celebrating its 30th year in the capital city. Two years ago, the citywide family celebration faced a funding crisis as the city couldn’t provide the free resources it had previously. And last year temperatures dived down to single digits.

So the forecast of a little rain – or even a lot – wasn’t going to stop the New Year’s Eve tradition.

“We wanna see the fireworks, no matter what,” said Hassan Kadhim, who brought his three young children to First Night. “We’re doing kids activities, like taking the trolley. We went to the carousel.”

“I’m really looking forward to the popcorn,” said 7-year-old Vincenzo Bellizzi of South Windsor. “I smelled it in there!”

First Night is a celebration of the New Year through the arts. The alcohol free, family-friendly, public celebration is a multicultural, artistically unique New Year’s experience with countless professional musicians, artists, performance groups and exhibits. Thousands of people of all ages to attend each year.

“It’s nice to see the community coming together,” said Cristina Gutierrez, who brought her children to First Night. “We’re walking around, waiting for the fireworks to begin.”

From ice skating, to a trolley ride, to a pageant, there were all kinds of activities.

Events began at 2pm with a kidfest at the Old State House. Skating was open at Winterfest in Bushnell Park. And fireworks lit up downtown at 6pm. Another display is scheduled for midnight.

Not everyone planned to make it to midnight, including Bellizzi, who said he has never stayed up that late before.

And John Hacunda of Rhode Island, who stopped by First Night on their way to visit family in Connecticut, said he had no plans of watching the clock strike midnight.

“We’ll probably be tucked in by the time it’s midnight,” he said.”

“First Night” celebrations began in Boston in 1976 with a small local group of artists who were inspired to create a new kind of New Year’s revelry emphasizing community spirit. Decades later, there are more than 100 First Nights celebrated in cities and towns across the United States. Hartford joined in 30 years ago. The non-profit is asking people to share their memories and stories from the past three decades on their website.