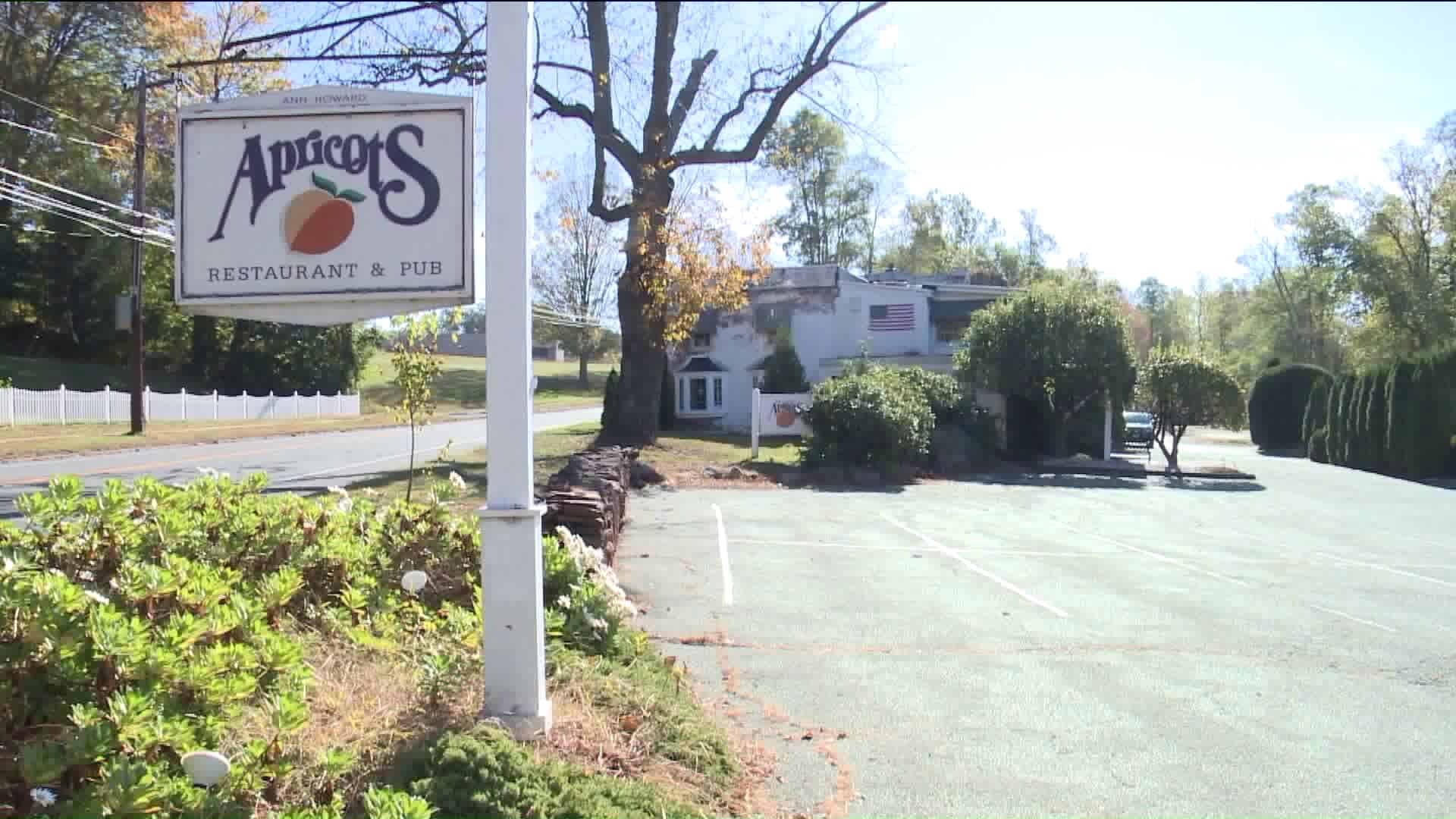 Concerned employees reached out to FOX61 after learning they were out of a job on Thursday.

"There was no discussion of it, there was no official word from management, or the owner who was saying this was going to happen, this was completely out of the blue," Apricots server Rachel Benoit said.

Benoit said she and her co-workers learned of the closing through a Facebook group chat between employees and they were completely caught off guard.

"It's just a shock to see this happen to my family because I put in a lot of dedication to that place," employee Peter Wojteczko said. "I wouldn’t wish this upon anybody cause some people have kids, some people have bills this weekend even to pay and some people, this is their only source of income."

Apricots owner Ann Howard said they are closing for renovations and re-branding until further notice. Despite being in her name, her family members currently run the restaurant.

She said she just found out Wednesday night in a meeting with the architect they are ready to begin work. According to Howard, the work was not scheduled to happen this soon, which is why she claims employees didn't know in advance.

Employees like mother Danielle Roohr said she wishes they were given a heads up. She was expecting to go into work Thursday morning and collect a paycheck on Friday.

"I have four bills due tomorrow that I was kind of banking on my check for. I don’t know if I’m going to see that money tomorrow," Roohr said. "It is just disheartening. We’ve all stuck by the restaurant through the good and the bad and we’re all a family there and to not be given a heads up or to know what is happening and just having the rug be pulled out from under us, it stinks."

Howard told FOX61 the employees would get paid claiming an attorney is on it saying, "We love our employees and will be taking care of them as soon as possible."

Employees said there were also planned events on the books including a bridal shower this weekend.

One man Michael Veronneau showed up to the restaurant after his family received an email their baby shower would no longer be held at Apricots.

"I was hoping just to talk to somebody to maybe convince them to stay open for a couple more days, talk to somebody to get an explanation, but instead all we get was an email. They’re not answering their phones, and I see chains on the door, it is like a scene out of a movie," he said. "It is just not fair to us or anybody else who was planning on coming here this weekend."

Veronneau said his family put down a deposit for the Saturday shower and have family members flying in from across the country.

"It's our first child so a lot of effort, time and thought went into this," he said. "To find out two days before that the venue was closing, that's just completely not only financially unacceptable but also as human beings."

Phil Chabot with Farmington Gardens and the North House told FOX61 he was contacted by people trying to book last-minute events due to the closing of Apricots. You can reach him at phil@farmingtongardensct.com for more information.

And Loredana M. Soucy, Director of Sales and Banquets for Tunxis Country Club in Farmington, contacted FOX61 and said that she was sad to hear what has happened to Apricots employees and customers, and that she would be happy to see if Tunxis can help them, at (860) 214-6204 or lmsoucy@tunxisgolf.com

The Cure in Unionville have released a statement reaching out to those impacted by the sudden closing:

“We are saddened to hear of the sudden closing of our neighbors at Apricot’s. We hope to continue supporting the Farmington and Unionville communities, and those that are unsure of the immediate future. We will be extending a discount through the end of 2017 for anyone that has purchased gift cards or placed a deposit on a planned event. We are also encouraging Apricot’s employees to fill out applications with us as well. Please contact us by email or phone for more information.”