FIRST ON FOX61: Lawyer representing woman involved in altercation with conservative speaker at UConn, speaks out

STORRS  — A community college adviser has been identified by her lawyer as the woman involved in an altercation with a conservative commentator during his speec... 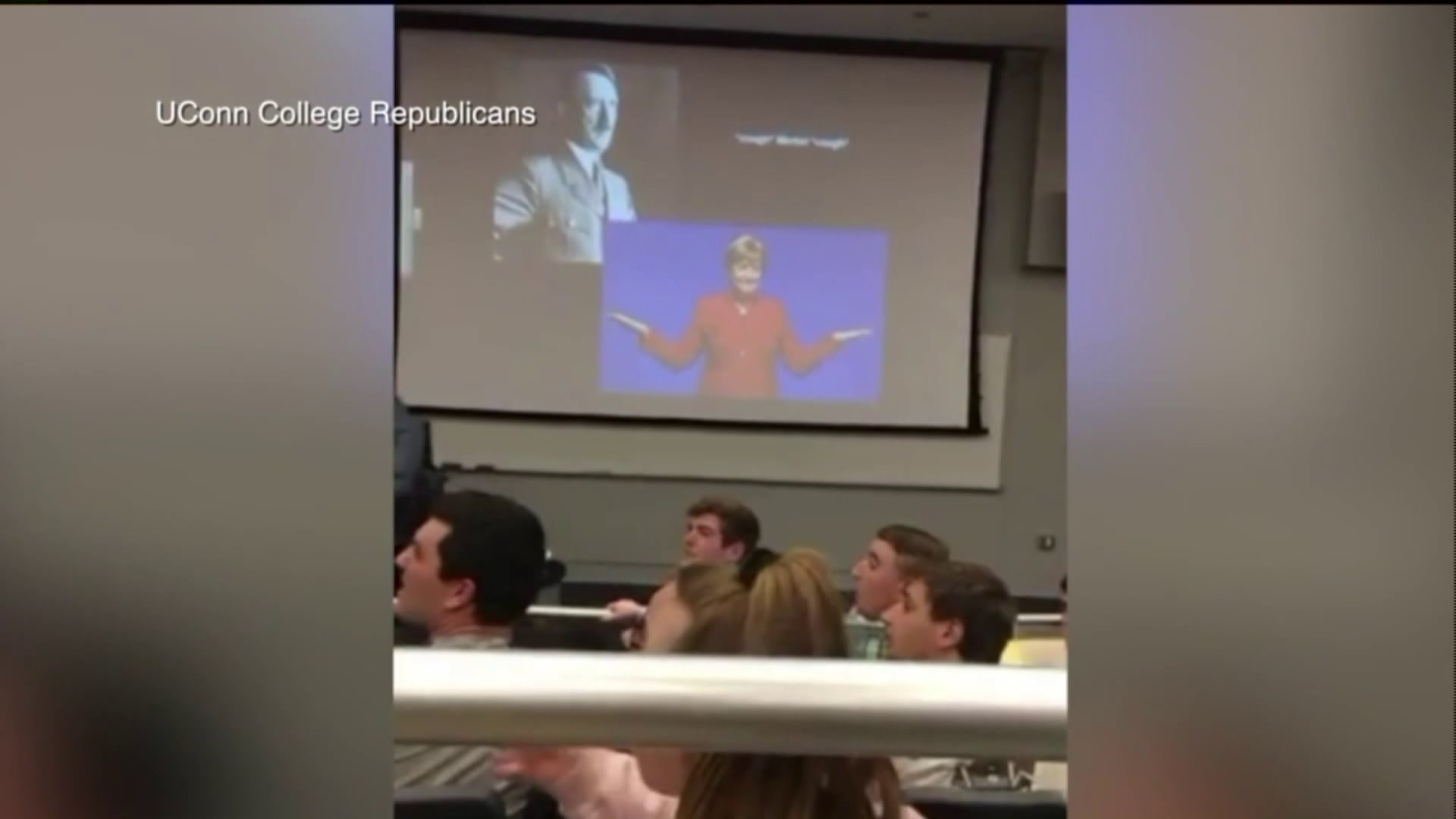 STORRS  — A community college adviser has been identified by her lawyer as the woman involved in an altercation with a conservative commentator during his speech at the University of Connecticut titled "It's OK To Be White."

The identified woman is Catherine Gregory who works at Quinebaug Valley Community College in Connecticut.

Wintrich's speech was cut short Tuesday when a young woman appeared to take paperwork off his lectern and began leaving. Cellphone videos show Wintrich running up and grabbing her.

Wintrich told FOX61 on Wednesday Gregory stole his property and he was simply going after her to get it back. Wintrich was charged with breach of peace. The community college confirmed an employee attended the event, but didn't name Gregory.

“From what we found out, she works at a local community college here which is also I think appalling. This is a woman who works in education,” said Wintrich.

The President of QVCC released a statement Thursday that said:

“Quinebaug Valley Community College confirms that one of its employees attended a speech given by Mr. Wintrich at the University of Connecticut. The employee attended on her personal time and QVCC learned about the incident when reported in the media. The College does not condone the behavior and encourages peaceful discourse and compassionate debate.  The employee attended the event as a private citizen.”

Despite Wintrich accusing Gregory of theft, her attorney, Jon Schoenhorn said there was never any of that as she only took the paper from his desk and not from Wintrich’s hands.

“She took a piece of paper off a podium or desk that was in front of Mr. Wintrich. She did not take anything from him,” said Schoenhorn.

Wintrich argued he never gave Gregory permission to take anything.

“I took reasonable action as allowed by law to re-obtain stolen property.”

However, Attorney Schoenhorn argued it is only theft when a person has the intention to steal something and he said Gregory did not have that intention.

“She was immediately physically attacked by Mr. Wintrich who grabbed her, grabbed her first around the neck and then tried to pull her down and she almost fell to the ground,” added Schoenhorn.

He added Wintrich’s intent of his speech was to cause violence and high emotions from the crowd.

“I believe that was the intention of Mr. Wintrich to cause violence, to cause people to react by spewing racist, hateful things,” added Schoenhorn.

UConn police said they are still investigating as to whether others should be arrested.

Wintrich said he plans on pressing charges against Gregory. He and his supporters including Conservative commentator Ann Coulter are calling for her arrest.

Attorney Schoenhorn added Gregory is not ashamed of what she did and has expressed the willingness to cooperate with officials throughout this case. Schoenhorn was not accompanied by Gregory during his interview with FOX61 as he said she has been very overwhelmed.

Here is the full statement from Attorney Jon Schoenhorn to FOX61:

"It is my position as Ms. Gregory’s attorney that there is no cause to believe that what Miss Gregory did constituted a “larceny” or “theft” simply by removing a piece of paper off the podium or desk. The fact that the  College Republican club sponsored an event with a racist and bigoted speaker and message reflects poorly on the Republicans and UConn for permitting it.

This is not a question of free speech and hate speech purveyors cannot wrap themselves in the Constitution. The racist remarks that were made by Mr. Wintrich about Puerto Ricans and other minorities and his display of an image of Adolph Hitler during the event were intended to cause and provoke a hostile reaction.  It certainly had that result. Within that context, Ms. Gregory’s reaction that evening is measured and understandable."