HARTFORD  — A police officer who fatally shot a man during an attempted traffic stop last month had been told his conduct was unacceptable by several former sup... 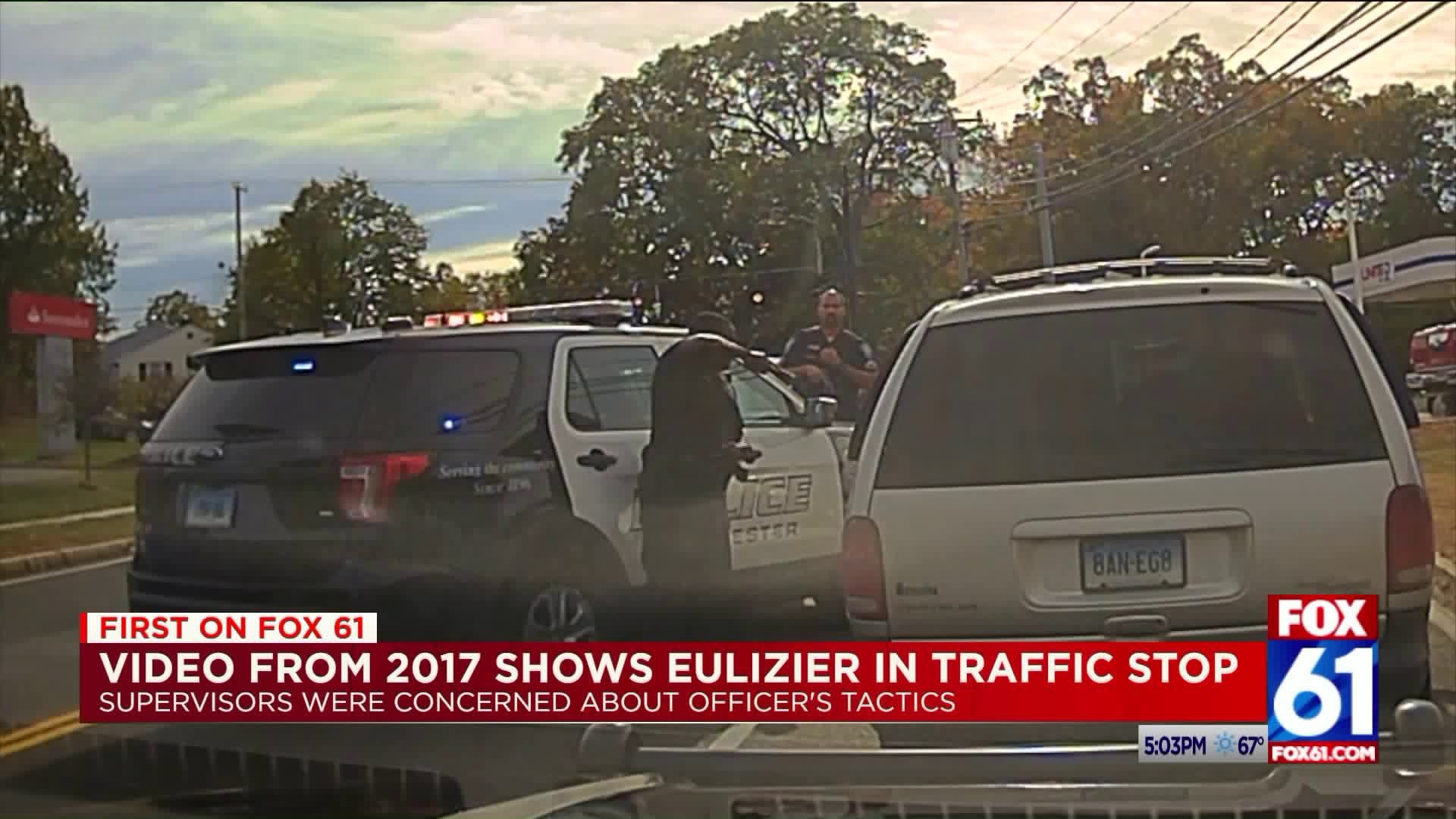 HARTFORD  — A police officer who fatally shot a man during an attempted traffic stop last month had been told his conduct was unacceptable by several former supervisors, including some who raised concerns about his difficulty in handling stressful situations, records show.

Wethersfield Officer Layau Eulizier, 26, was involved in several episodes in which he lost his composure with the public and made tactical mistakes when he was with Manchester police from 2015 to 2018, according to personnel records obtained by The Associated Press.

"It is my opinion that Off. Eulizier needs immediate attention," Manchester Sgt. Jamie Taylor wrote in a report in 2016. "I worry that if he does not vastly improve his work performance under stress he is going to hurt himself or someone else."

Eulizier, an Air Force veteran who joined Wethersfield police in August, shot and killed 18-year-old Anthony Jose Vega Cruz in Wethersfield on April 20 when Vega Cruz drove his car at the officer while trying to flee a traffic stop, police said. A passenger, Vega Cruz's 18-year-old girlfriend, was not injured.

According to documents provided to the AP by Manchester police under a public records request, Eulizier during a 2015 training exercise opened fire to provide "cover" for other officers when he was not supposed to, surprising the instructors.

During a traffic stop, also in 2015, Eulizier lost his composure and screamed at the driver while using "poor physical control tactics," the records show. In 2016, when another officer was being dragged by a car during a traffic stop, Eulizier screamed the wrong code in the police radio multiple times and unsafely drove his cruiser at nearly 100 mph (160 kph) on local streets trying to locate the car, the records show.

In January 2018, Marc Montminy, the police chief in Manchester at the time, reprimanded Eulizier for "conduct unbecoming" for improperly approaching a car and trying to open the driver's door with his gun drawn, creating the danger of the driver grabbing the gun or the weapon accidentally firing.

"This department has made several attempts to help you correct these performance issues through remedial training, but we are still observing deficiencies," Montminy wrote in the letter of reprimand to Eulizier.

In August 2016, Montminy extended Eulizier's probationary period for six months after police supervisors reported several instances of poor performance. He successfully completed the probation in January 2018, one day before he was reprimanded, records show.

Eulizier also received several "acceptable" job performance reviews during his probationary period, including one that commended him for being one of the department's top performers in terms of traffic stops and call responses.

While with Manchester police, Eulizier and a state trooper were involved in a fatal 2015 shooting that was ruled justified. The trooper fatally shot a man who threatened the officers with a box cutter. Eulizier also opened fire but missed.

The Wethersfield shooting, which was recorded on police dashboard camera and surveillance video that has been released to the public, sparked protests in which demonstrators said the use of deadly force was unnecessary.
In the first public comments on behalf of Eulizier on Tuesday, attorney Elliot Spector said he believed deadly force was justified because the officer's life was in danger when the car came at him. Eulizier had to run in front of the car because he couldn't see the driver through the darkly tinted door windows.

Spector also said the Manchester documents portray Eulizier unfairly. While Eulizier did make "some rookie mistakes," the records pertain only to a small fraction of Eulizier's time on the Manchester force and don't show all the good he did, Spector said.

"He's upset about the incident," Spector told the AP. "And he's concerned and he feels he's being unfairly attacked, and I can't disagree with that. It's very difficult for police officers to be involved in these shooting incidents. No one wants to do something like this, and he certainly did not. He wishes Mr. Cruz had not driven toward him."

Wethersfield Police Chief James Cetran and lawyers for Vega Cruz's family said Monday night that they could not comment. Cetran said he was at a town meeting where protesters had gathered again but did not return a new phone message Tuesday.

A lawyer for Vega Cruz's family, Ben Crump, has previously said last month's shooting was reckless. He plans to hold a news conference with the man's relatives Wednesday.

The shooting occurred four days after two other officers opened fire on an unarmed couple in a car in New Haven and wounded a 22-year-old woman. Both shootings sparked several days of protests. Spector also represents a Hamden officer involved in the New Haven shooting, Devin Eaton, and says that it was justified because the officer thought the driver had a gun.