MANCHESTER — Nasty weather was all over the state Wednesday night with heavy rain, wind and lightning which left some serious damage and power outages in ... 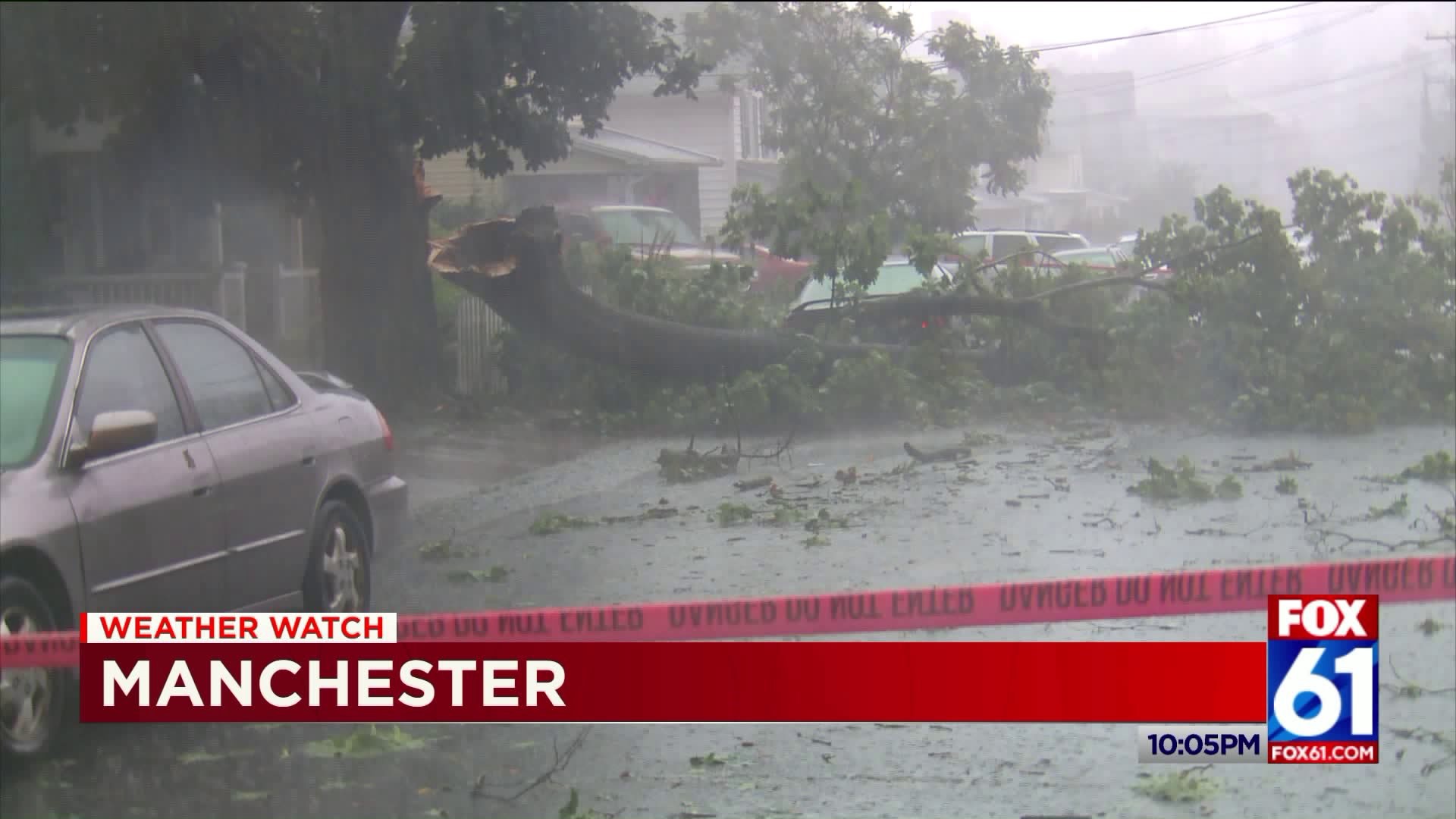 MANCHESTER -- Nasty weather was all over the state Wednesday night with heavy rain, wind and lightning which left some serious damage and power outages in several towns and cities.

One of the hardest hit towns was Manchester on Eldridge Street where the road was blocked off after a big tree came tumbling down.

"it sounded like bombs! It was unbelievably loud," said Laura Flavell of Manchester.

Flavell said she was inside her home when her phone went off with several weather alerts notifying her of a tornado warning in Manchester.

"We stayed in the basement cellar way until it quieter down and then when we heard people outside, we came out and saw the damage so the tree had come down and then two of the transformers blew," added Flavell.

Seconds later, Flavell came out to this big tree in the middle of the road.

"We heard a loud crash and then two big explosions," added Flavell.

Brian Plecity came home from work to find out his street was partially blocked off because of the tree and some damage on the roof of his home.

"I think I’m going to go out to dinner since we have no power. I can charge my phone in my truck. That would be my alarm for the morning to get up to go to work," said Plecity of Manchester.

Other parts of Manchester also suffered. Drivers were seen trying to maneuver around this manhole spewing out water like a fountain on Oak Street.

A tow truck was seen towing away a car after it was stranded in the flood.

On the highway, a tree blocked off part of the right lane on 384-East by exit 2.

Plecity was one of the drivers trying to safely get home after work.

Eversource restored power back to Eldridge Street around midnight.