BRIDGEPORT – A petition created by an animal advocate from Fairfield, has earned over 51,000 signatures in response to an alleged animal abuse case, invol... 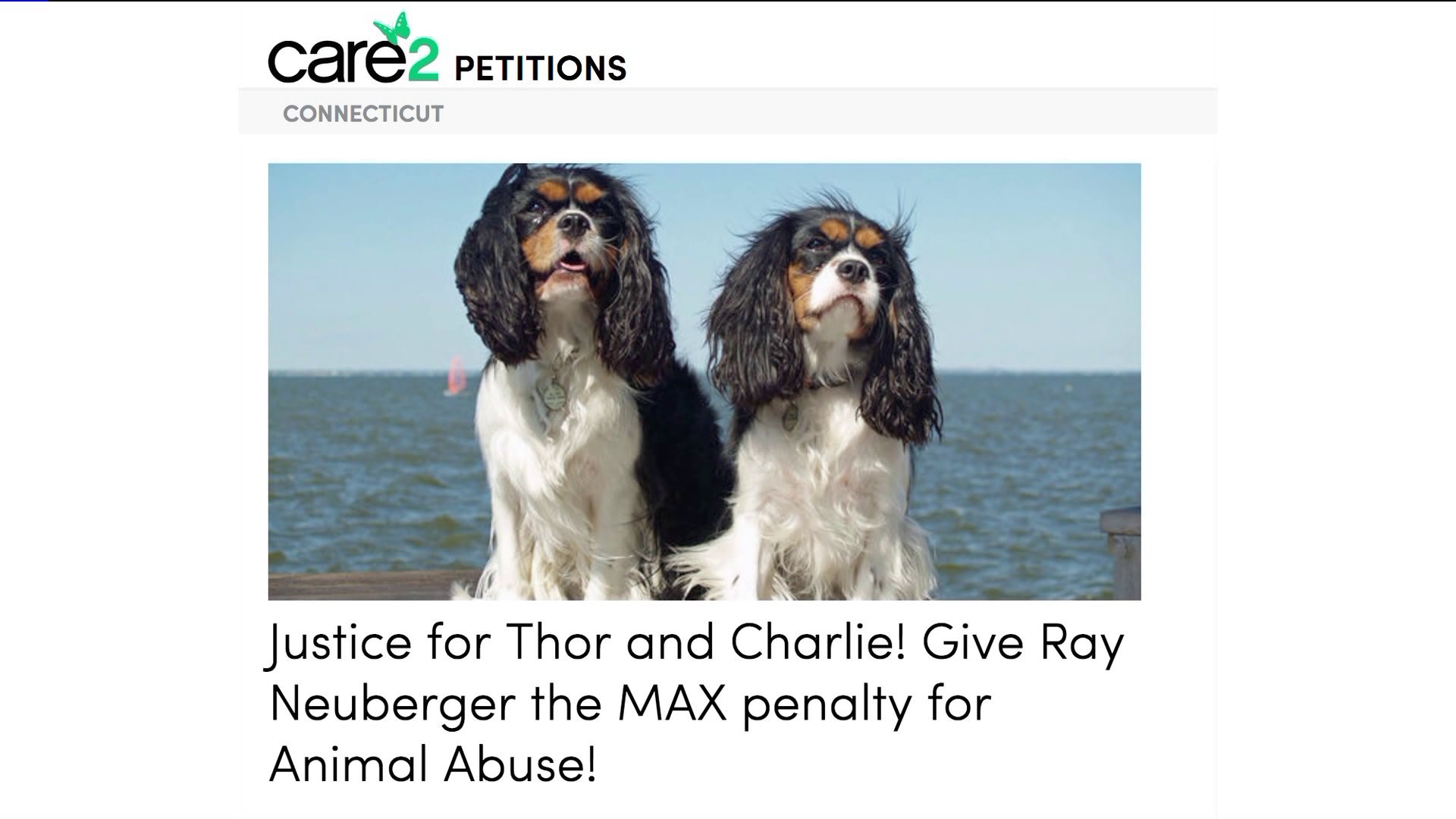 BRIDGEPORT - A petition created by an animal advocate from Fairfield, has earned over 51,000 signatures in response to an alleged animal abuse case, involving a former Fairfield town official.

Ray Neuberger, 34, a former member of Fairfield’s version of the Town Council, was arrested as a result of injuries sustained by his fiancé's dogs, Thor and Charlie, last year. He was charged Monday with four counts of malicious wounding of animals.

"I know that typically animal abusers go onto abuse people," said Tina Bencze, of Fairfield, who was one of many animal advocates flooding Bridgeport Superior Court for Neuberger's arraignment, during which he did not enter a plea.

"I'm not really making a comment on that, but, it’s fair to say my client is presumed innocent and we intend on fighting this case in court," said attorney Noah Kores, Neuberger’s Lawyer.

"The medical report shows that there were broken and fractured ribs, exposed nerves," noted Bencze.

According to the arrest warrant, the veterinarian, who tended to the two dogs, said that it was highly unlikely that a cup of hot coffee could have caused burns so severe. As for the fractures, Neuberger told police one of the dogs could have fallen off the bed and he added that his fiancée tends to let the dogs off the leash when they’re at a dog park.

"This week alone, in the state of Connecticut, there’s 18 animal abuse cases, on the court dockets," she said.

She started a petition that has now garnered more than 51,000 signatures calling for the maximum penalty if Neuberger is convicted.

State Representative Brenda Kupchick (R-Fairfield) has introduced a bill in Hartford that would eliminate accelerated rehabilitation as an option for those convicted of animal abuse crimes.