WEST HARTFORD — A familiar face stopped by Elizabeth Park in West Hartford today for a groundbreaking on a building renovation. It was former Governor Dannel Ma... 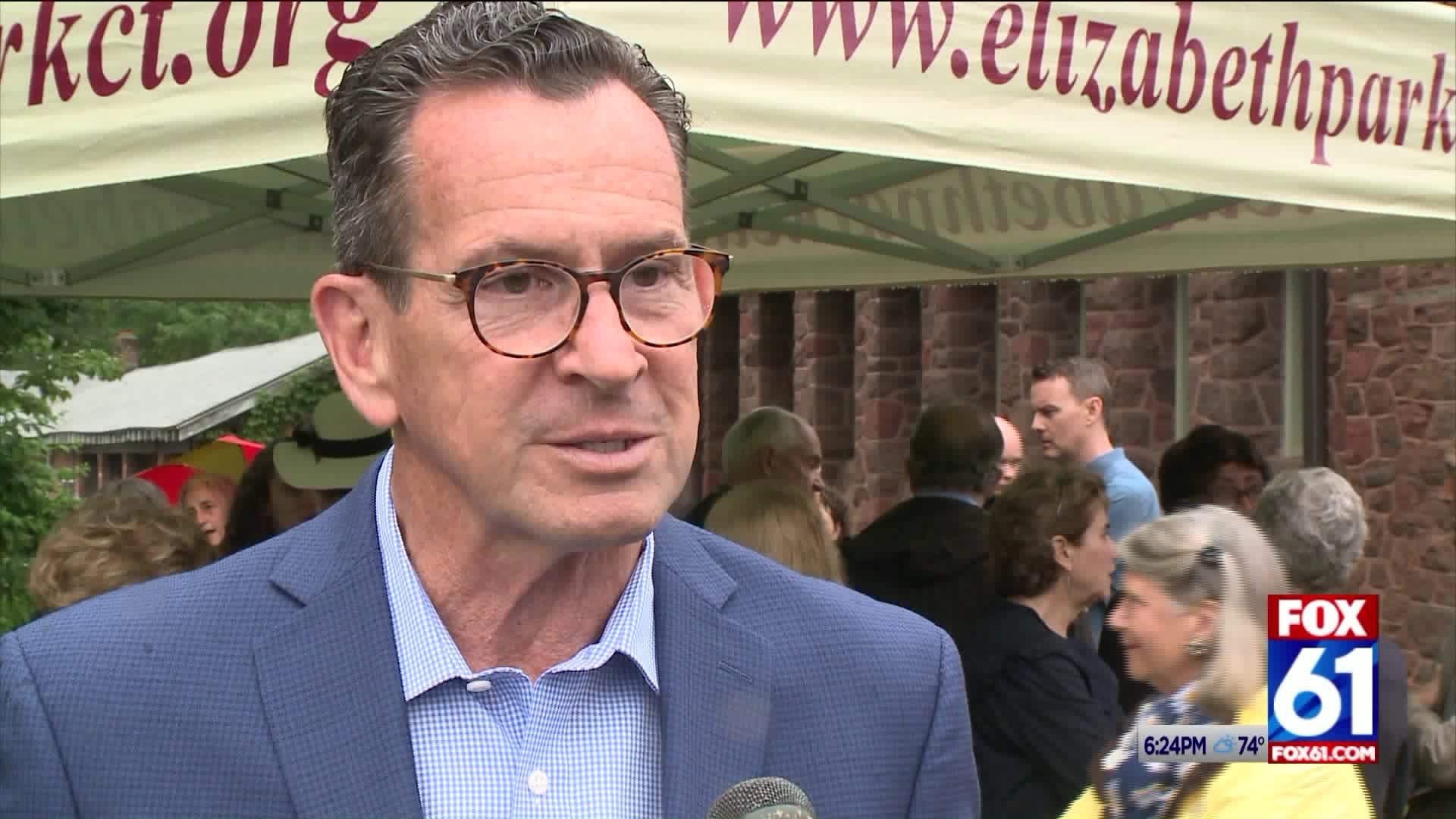 WEST HARTFORD — A familiar face stopped by Elizabeth Park in West Hartford today for a groundbreaking on a building renovation. It was former Governor Dannel Malloy.

Q: What has private life been life?

“It’s been great. Kathy and I moved down to Essex Connecticut. We love Essex. It’s a great place to live. We are both very happy and you know I don’t miss the job.”

Q: You really don’t miss anything about the job?

“I did the job as hard as I could for 8 years and then you go on to do other things.”

The Governor said the one thing he did miss was getting to run in Elizabeth Park where the groundbreaking was held. In fact, he hasn’t been able to run at all. It’s one of his hobbies.

“I hurt my foot and it’s cost me some time in running but I’ll be back out there in the next couple of weeks finally after a long delay,” said Malloy.

Q: What do you think about the job Governor Lamont is doing?

“The Governor is a very decent and hard working guy and he’s doing his very best and I admire the work and what he’s doing and trying to do.”

In fact, Governor Malloy said Governor Lamont called him a few minutes before our interview to thank him and his administration for closing the deal on the new Amazon facility in North Haven.

Q: What do you think about the toll debate?

“I’m not getting into any issues. I did what I said I would do and that was to get a constitutional lockbox passed.”

He did say he thought gas tax revenues were sustainable.

Governor Malloy took a new job as the Chancellor of the Maine University System.

Q: Why did you want that job?

“This was a desire a had to play a role in undergraduate and graduate education and so I get to do it.”

He’s been a professor for a long time.

Q: Do you plan to maintain your home in Essex, Connecticut?

“We’re certainly not leaving Connecticut. The idea that I would live someplace else apart from my grandchildren for 6 months a year makes no sense at all.”

Malloy is expecting another grandchild.

Q: Anything else you want to say to Connecticut residents?

“Thank you, just thank you.”