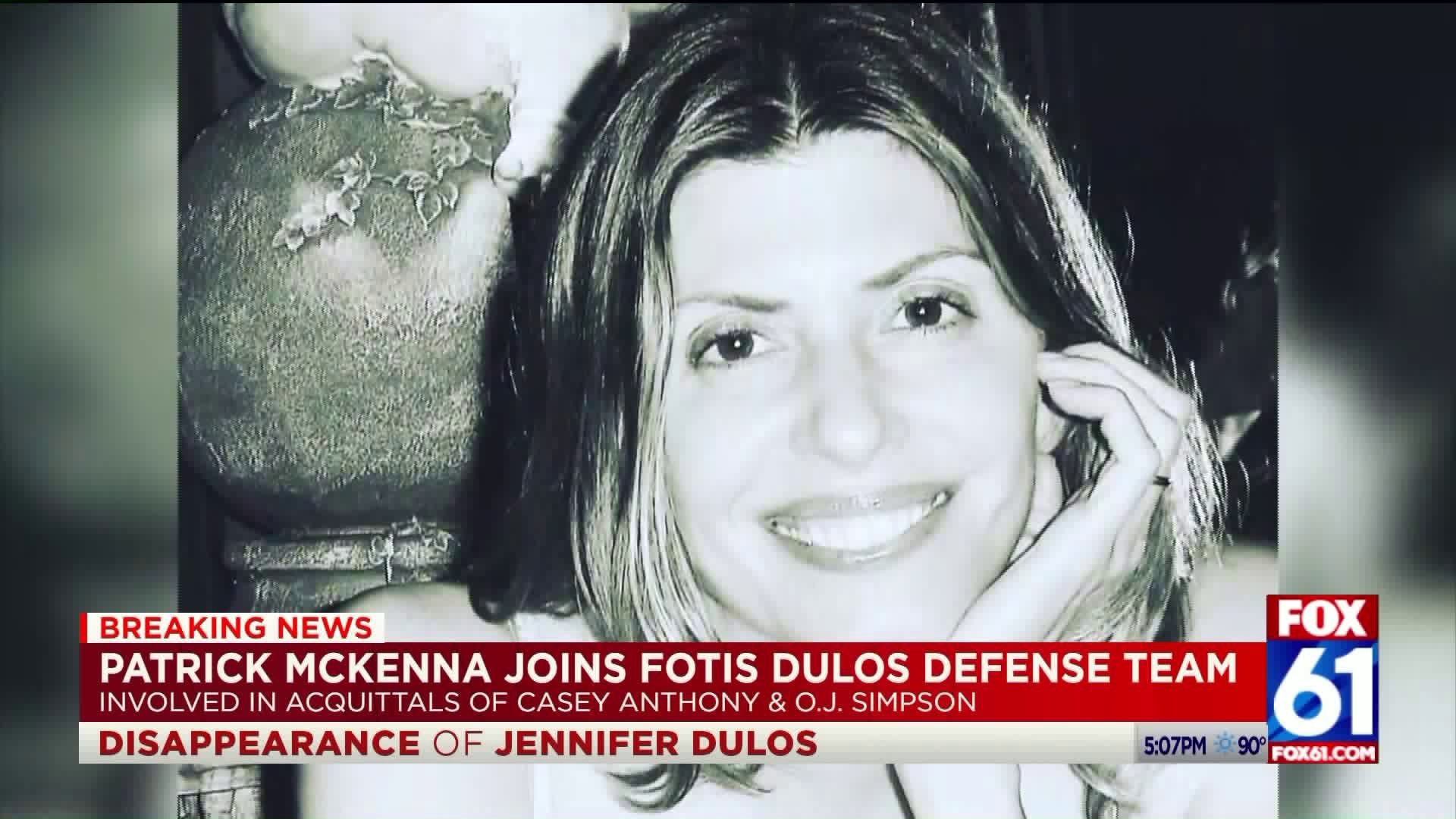 When asked about McKenna, Fotis Dulos' attorney Norm Pattis said "no comment" and then added that his team will spare no effort or expense in the defense of Dulos.

Fotis is currently free on bond, after pleading not guilty to charges of tampering with evidence and hindering prosecution in connection with his estranged wife's missing persons case.

Urso said his client will not be speaking with McKenna or anyone.

Urso's client has been cleared as a suspect in the case.

The search warrants -- executed during the statewide investigation into the disappearance of Jennifer -- remain sealed for 90 days by a superior court judge.

The New Canaan mother of five hasn’t been seen since Friday May 24  when she dropped her children off at school.

She was reported missing that evening. Around the same time police say people matching the description of Fotis and his girlfriend Michelle Troconis were caught on video dropping garbage bags into bins along Albany Avenue in Hartford.

Police say at least two of those bags contained items with Jennifer’s blood on them.

Fotis and Troconis are both free on bond.

Pattis said he was working on a motion to discovery of Jennifer’s medical records.

He’s also working on a motion to dismiss the case entirely – but wouldn’t elaborate.