Fotis Dulos: “I understand the public’s perception of me as a monster”

FARMINGTON — As the search for Jennifer Dulos approaches 40 days, her estranged husband has released a public statement. Fotis Dulos, who pleaded not guil... 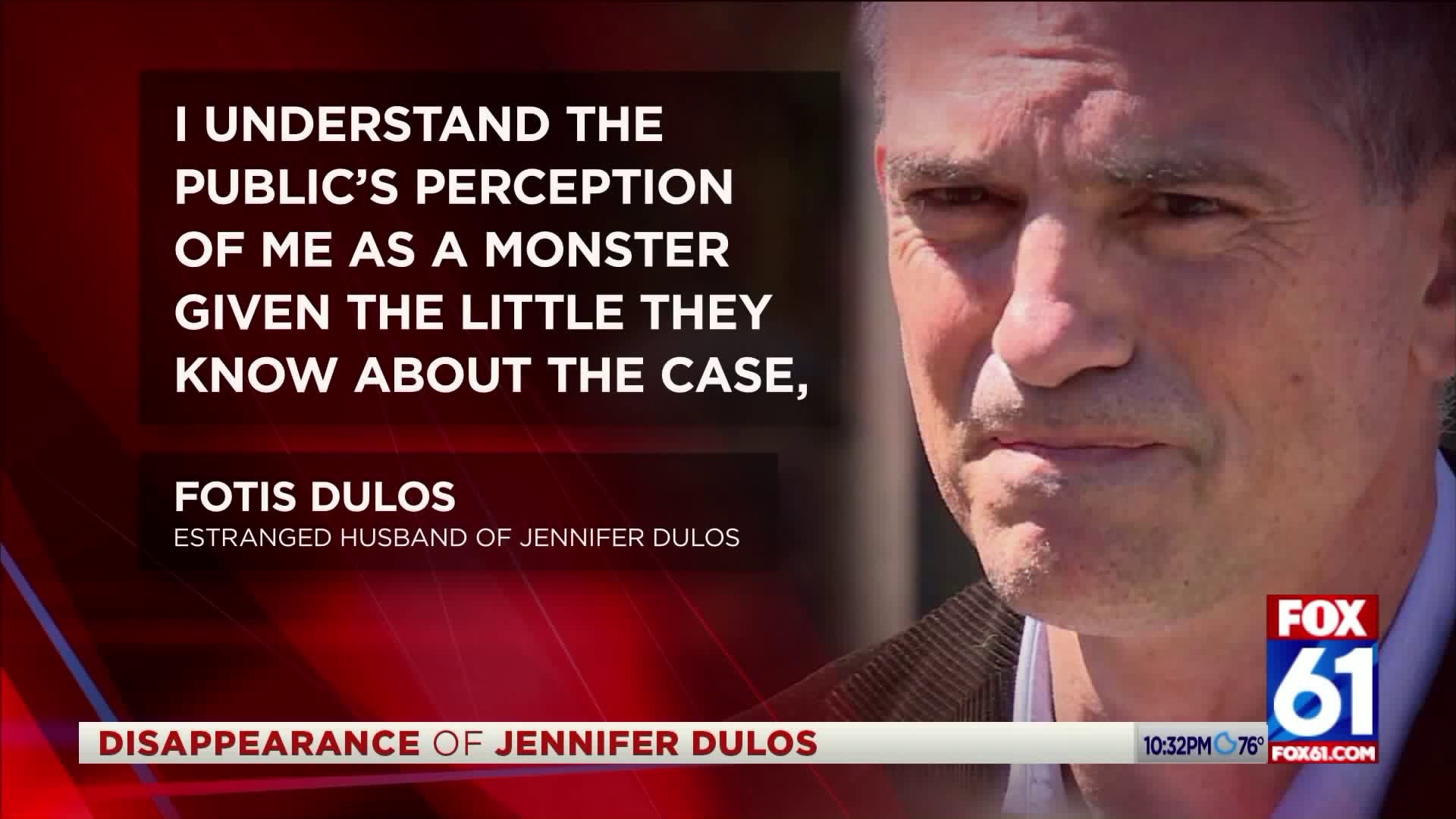 FARMINGTON -- As the search for Jennifer Dulos approaches 40 days, her estranged husband has released a public statement.

Fotis Dulos, who pleaded not guilty to evidence tampering charges in connection with Jennifer's disappearance, said he worries about his children and Jennifer.

My children are the center of my world. I worry about them and Jennifer, and I would tell them that I know it is hard now but everything IS going to be alright eventually. I understand the public’s perception of me as a monster given the little they know about the case, but I trust the system and the process and ask the public to do the same. I believe I have been and will continue to be treated fairly by the criminal justice system. Please keep my children and Jennifer in your thoughts.”

Fotis Dulos: “I understand the public’s perception of me as a monster”

Dulos has been out on bond since his release on June 11. While his criminal case plays out in court, he is also continuing the legal battle to gain custody of his five children, who have been staying with their grandmother in Manhattan.

Fotis's girlfriend Michelle Troconis faces the same charges of evidence tampering and hindering prosecution. She is also out on bond after pleading not guilty in June. Troconis was granted a request to travel to New York until July 17, amending her release terms to stay in Connecticut.

Jennifer Dulos was reported missing on May 24. New Canaan police have set up a website dedicated to finding Dulos and generating tips. You can visit FindJenniferDulos.com