PD: 4 shot, 1 seriously injured in a drive-by shooting in Hartford 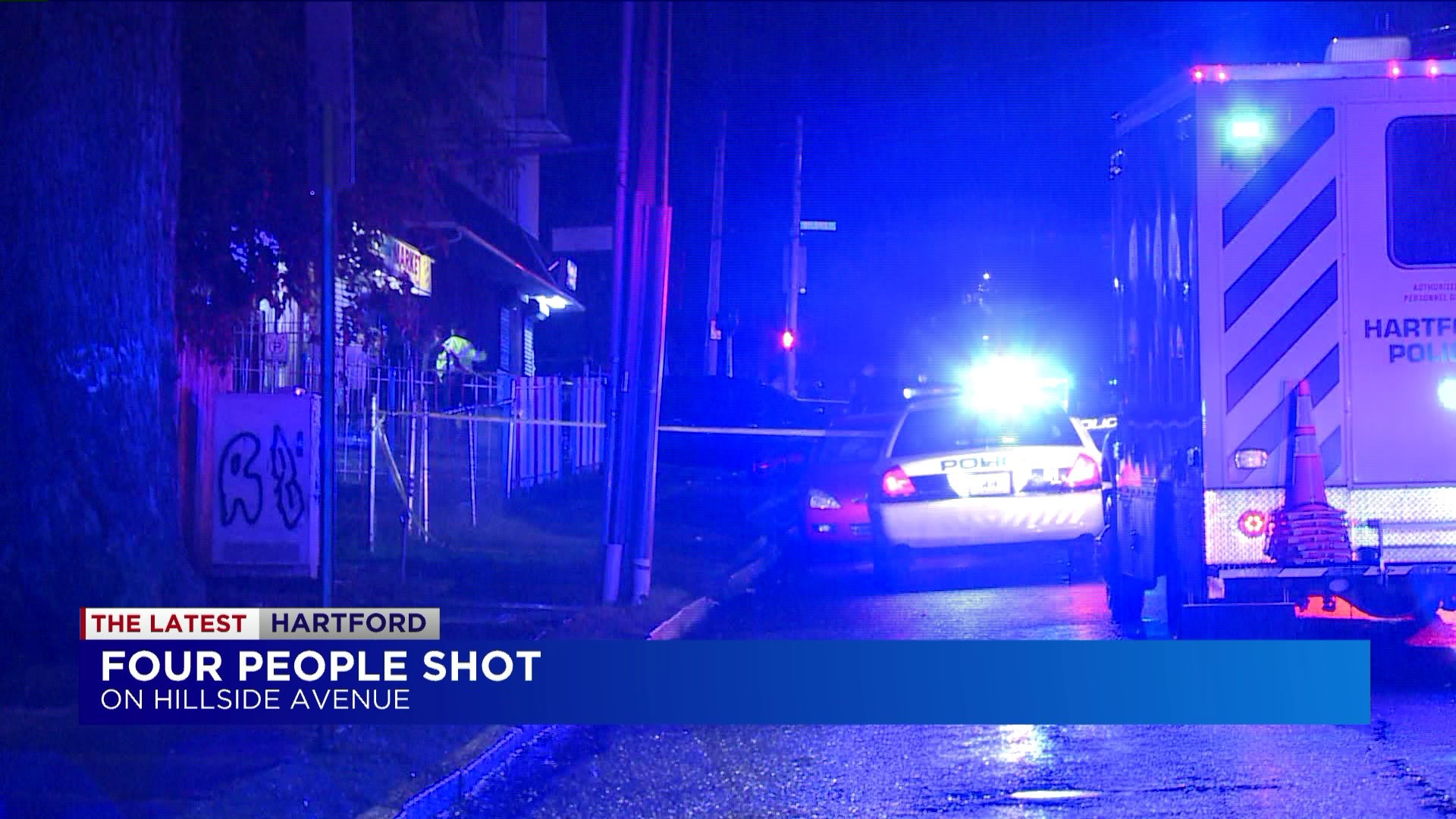 Police said just after 10 p.m. Wednesday, Shot Spotter alerted police to several gunshots in the area of 124 Hillside Avenue. Along with the alert, several 911 calls came in, reporting people struck by gunfire.

Three men and one woman who were standing together at the time were hit and taken to Hartford Hospital. Victims ran to a local bodega, where they were found by police.

Police said three of the victims have non-life threatening wounds, but one is listed in critical condition.

The victims are all Hartford residents, and all of them are adults. Police believe that one or more of the victims were targeted as they stood together at the location of the shooting. No arrests are reported.

This incident is being classified at this time as a drive-by shooting. Anyone with information is asked to call Major Crimes Division LT. Paul Cicero at 860-757-4179, or 860-722-TIPS.

Hartford Police on scene of Hillside Ave where four people got shot. Two with non-life threatening injuries and two with serious injuries. pic.twitter.com/CveOCGbliU