FOX61 EXCLUSIVE: Ambulance chief speaks out following the arrest of man accused of having a ‘sex dungeon’

HARTFORD —  The fall out continues in Ellington following the arrest of Simon Hessler, the man accused of having a sex dungeon. FOX61 met up with Peter Ha... 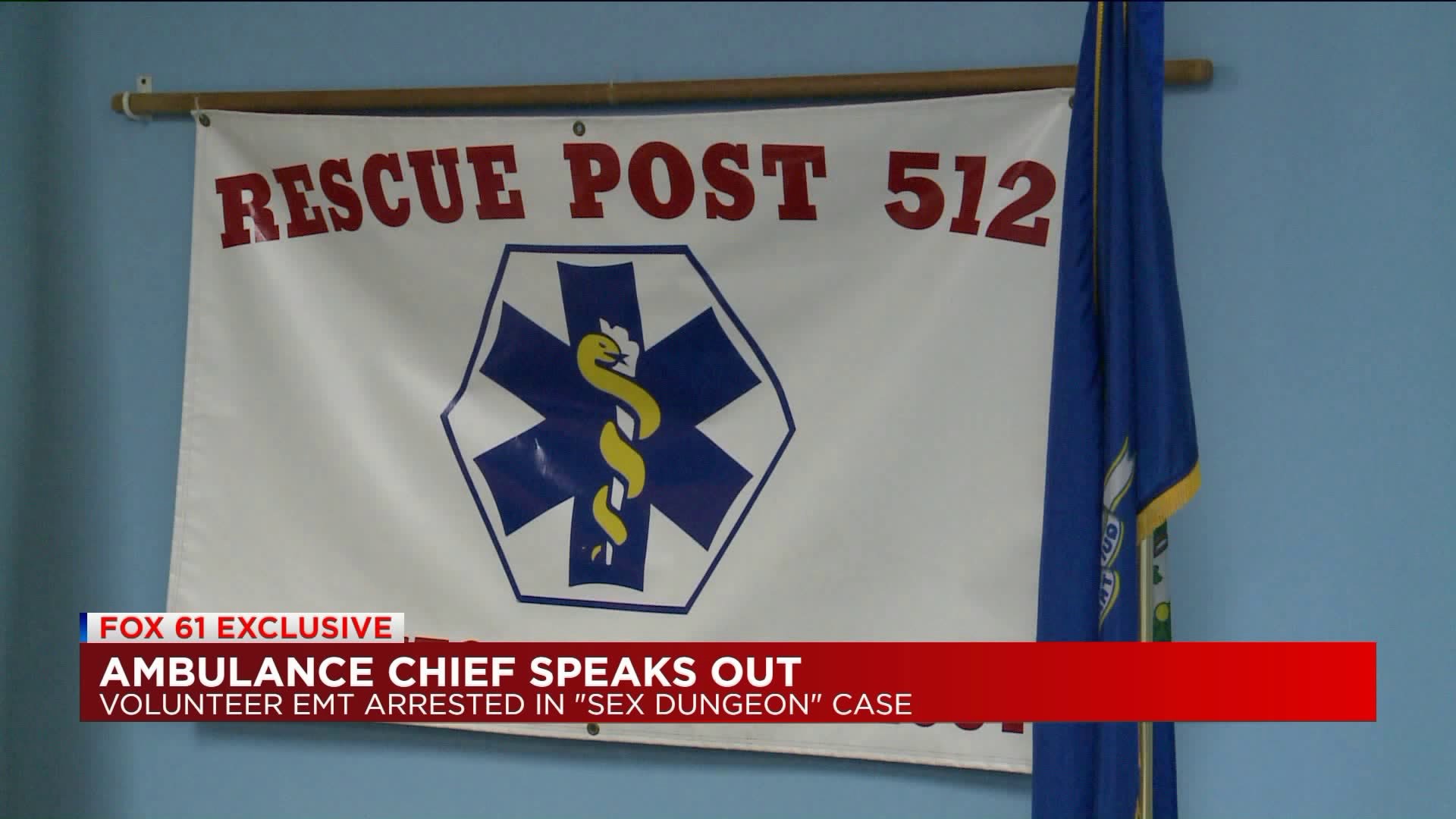 HARTFORD --  The fall out continues in Ellington following the arrest of Simon Hessler, the man accused of having a sex dungeon.

FOX61 met up with Peter Hany, the Chief of Ellington Volunteer Ambulance Corps, who wants everyone to know that Hessler is not a reflection of the Ambulance corps.

Hany wants the town’s parents to know that they are going to take extra steps to look back on Hessler’s actions at the Ambulance Corps.

“Simon Hessler, after a careful scrutiny and review of all the facts, and findings, was terminated from our ambulance corps Friday night. And he is no longer associated with our department.”

Hessler said the town is going to retrace Hessler’s steps, have his computer examined, and also talk to the juvenile explorers.

“So we are going to discuss the happenings with the explorer post program, which is our youth program, to make sure that they are aware of what took place, into rebuild their confidence that Simon Hasler will not be an issue in their lives anymore.”

“So with our proximity to Ellington high school, and the fact that our explore post members can respond from the high school to here, we have a lot of exposure to young adults," said Hany. "And I want to rest assure all the parents in Ellington high school of the students that are there, that this is an isolated incident, it is being investigated even more deeply then what it has been, and that they should feel free to come and talk with me, as the chief of service, if they have any cares or concerns.”

Like everyone, I am greatly disturbed by the recent claims involving Simon Hessler. My thoughts and prayers go out to all of the victims and their families.

Earlier this year, a concern regarding Mr. Hessler's conduct was brought to my attention. Recognizing that the conduct could be criminal in nature and, in accordance with standard procedures, I referred the complainant and the matter to the Ellington Resident State Trooper’s Office. I was later advised that the police had conducted an investigation, and based on the allegations made, the police had concluded that no crimes had been committed.

At that time, I believed the matter to be resolved, and I was unaware of additional complaints or investigations regarding Mr. Hessler until this past week when I was informed by Sergeant Santa that Mr. Hessler had been arrested.

As First Selectman of the Town, I also serve as Chief of Police, but that position does not grant me access to information regarding pending and active confidential police investigations. My knowledge of the additional investigations that led to the arrest of Mr. Hessler came just prior to the time that information was made public.

I am grateful to the police for their work in this matter, and I am grateful that Mr. Hessler will not have the opportunity to further victimize anyone, anywhere.

While I am confident that all Town policies and procedures were followed in connection with this matter, it is always our goal to make sure we do everything possible to best protect our residents. I will be working with the Board of Selectmen and the police to review those policies and procedures to determine if any changes are needed to allow us to better do our job.

First Selectman Spielman’s statement is complete 180 from what she told  FOX61 on Thursday.

Her written statement Monday said she was aware of the March incident and investigation involving Hessler. However, when FOX61 spoke to her last Thursday, specifically of previous Hessler investigations, she adamantly and clearly denied any knowledge of any investigation into Hessler.

She said she knew of an incident in March but did not know it involved Hessler. FOX61 went to her office Monday but were told she was not available to speak to us.

FOX61 made an appointment and hope to meet with her tomorrow for an explanation.