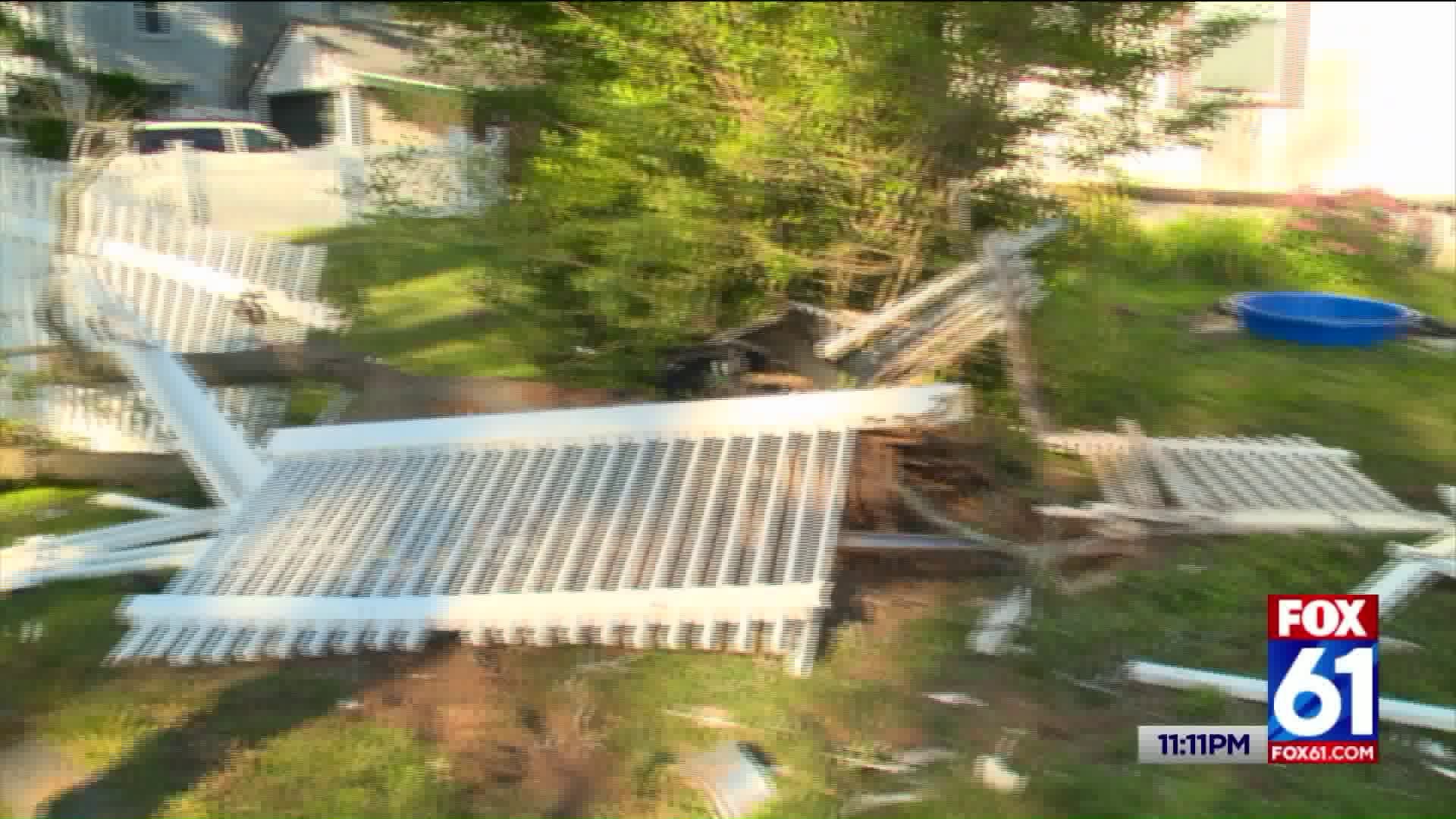 The stolen Jeep Cherokee takes out a fence and tree leaving pieces of the car behind. All five suspects in the car jump out on foot and sprint into the surrounding neighborhood. One even loses their shoe. West Hartford police could be heard shouting at the suspects to stop before pursuing them on foot.

Police were called to 57 Ledgewood road just before one in the morning. The homeowner tells FOX61 he was alerted by the activity outside of his home from his dog barking.

When police arrived, the suspects took off in the stolen car taken from New Britain. They had burglarized five unlocked cars. Police created a perimeter to cut off access to highways. They saw the car again going north on Overbrook road.

"Where it went by fast. With the intersection of Park Road, it was unable to make the turn because the speed it was traveling and ended up in some person’s front yard," said West Hartford Police LT. Dan Moffo.

That person is Chris Woodward. He showed us the damage to his yard that he just finished landscaping a couple of weeks ago.

"It’s just been a dream not come true," said Woodward.

Woodward was woken up by the screeching crash. His home shook so hard he thought the car had hit his house.

"It’s just smoking and there are lights everywhere and it’s like one in the morning, so it felt like a dream. I’m like what the heck’s going on," said Woodward.

Police would capture four of the five suspects. They were charged with five counts of 3rd-degree burglary, larceny, and possession of a firearm amongst other charges. The driver was additionally charged with reckless driving. All four arrested were juveniles.

Police also received calls for car burglaries in other West Hartford neighborhoods. One woman says marijuana was left in her car after it was recovered from the police.

Every night West Hartford Police put out the remainder of their 9 p.m. routine: Lock your doors, keep your key fobs inside and if you see something say something. No matter what time of day.

"We will be right there, we will respond and we will handle whatever we need to to make sure the community safe," said LT. Moffo.

A neighbor who had been burglarized said that nothing of value seemed to be taken.

The fifth suspect is still at large. Police are continuing to investigate.