FOX61 EXCLUSIVE: Deportation rally held in Hartford after mother was detained by ICE

HARTFORD – A protest was held in front of the Hartford Federal Building Tuesday evening in response to a mother who was detained by immigration officials.... 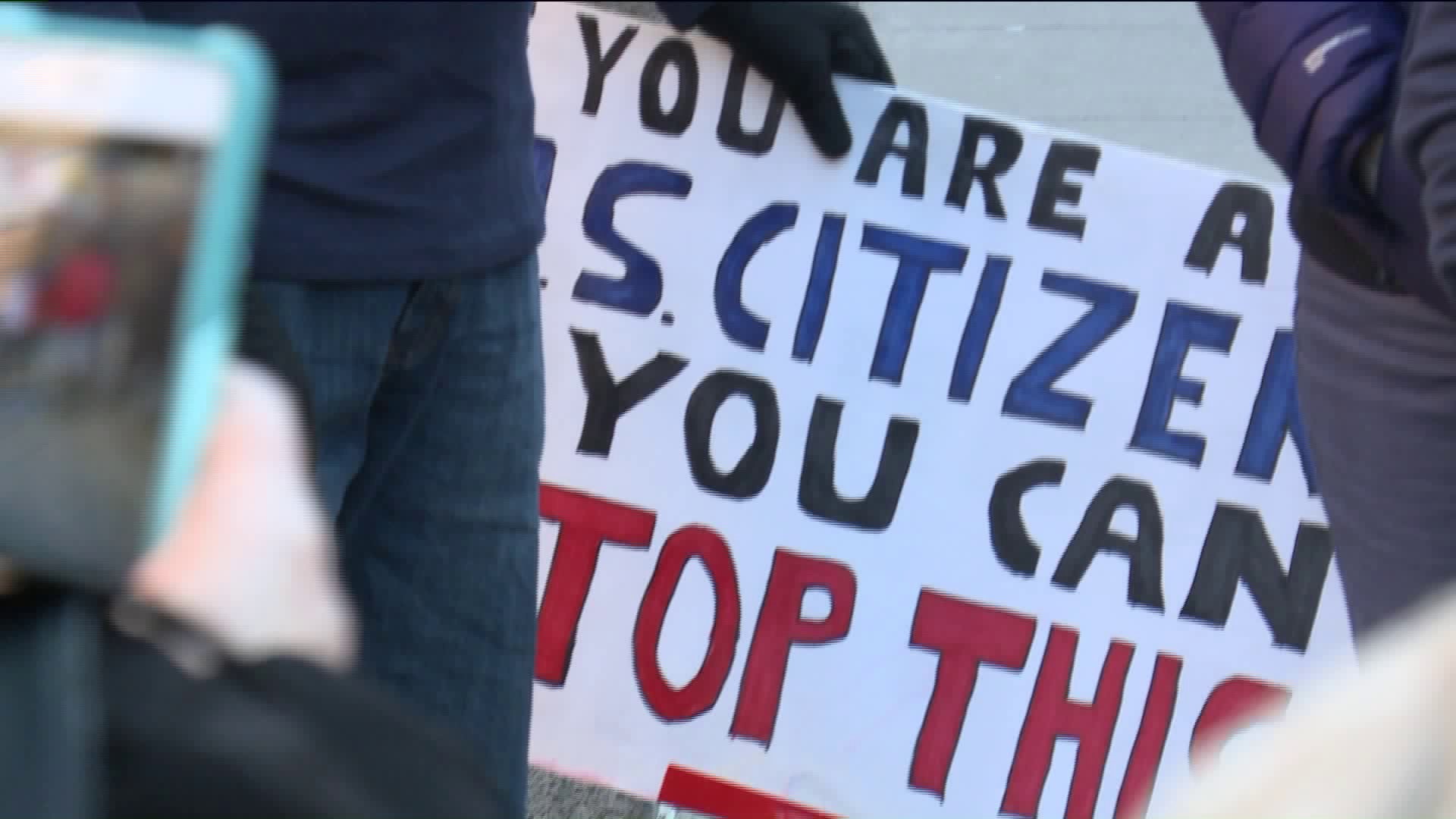 HARTFORD - A protest was held in front of the Hartford Federal Building Tuesday evening in response to a mother who was detained by immigration officials.

Wayzaro Walton, 35, of Hartford is originally from England but has lived in the United States for over two decades. FOX 61 was told immigration officials took Walton away because of her misdemeanor charges from 2011. Her friends and family argued she should be released because those charges have been cleared.

"They just took someone from our community," said Renee Reese of the Hartford Deportation Defense.

Reese and others held an emergency protest to send a message.

"I want ICE to stop terrorizing my neighbors and my friends here in Hartford and this is a situation where they have absolutely no basis," added Reese.

"I just want my wife back home," said Tamika Ferguson of Hartford.

Walton was brought to the United States from England when she was only four-years old. In 2011, she was arrested and convicted on a one count of larceny, a charge that her supporters said was cleared a long time ago.

FOX 61 checked and there are no records of Walton's past conviction in Connecticut.

Last December, Walton celebrated a stay of removal from ICE.

However, when Walton checked in with ICE Tuesday afternoon for her appointment, she was suddenly taken away.

Her wife, Tamika was in tears over what happened.

"Immigration is very serious and I don’t think it’s fair and I think some of the laws should be changed because people deserve better," added Ferguson.

The Supreme Court ruled last week the government can detain immigrants with past criminal records even after they have completed their sentence, siding with ICE and the Trump Administration's immigration policies.

There will be a news conference Wednesday at 8 a.m. in front of the Federal Building where people will continue to push for Walton's release.

FOX 61 reached out to ICE for a comment but has yet to hear back.