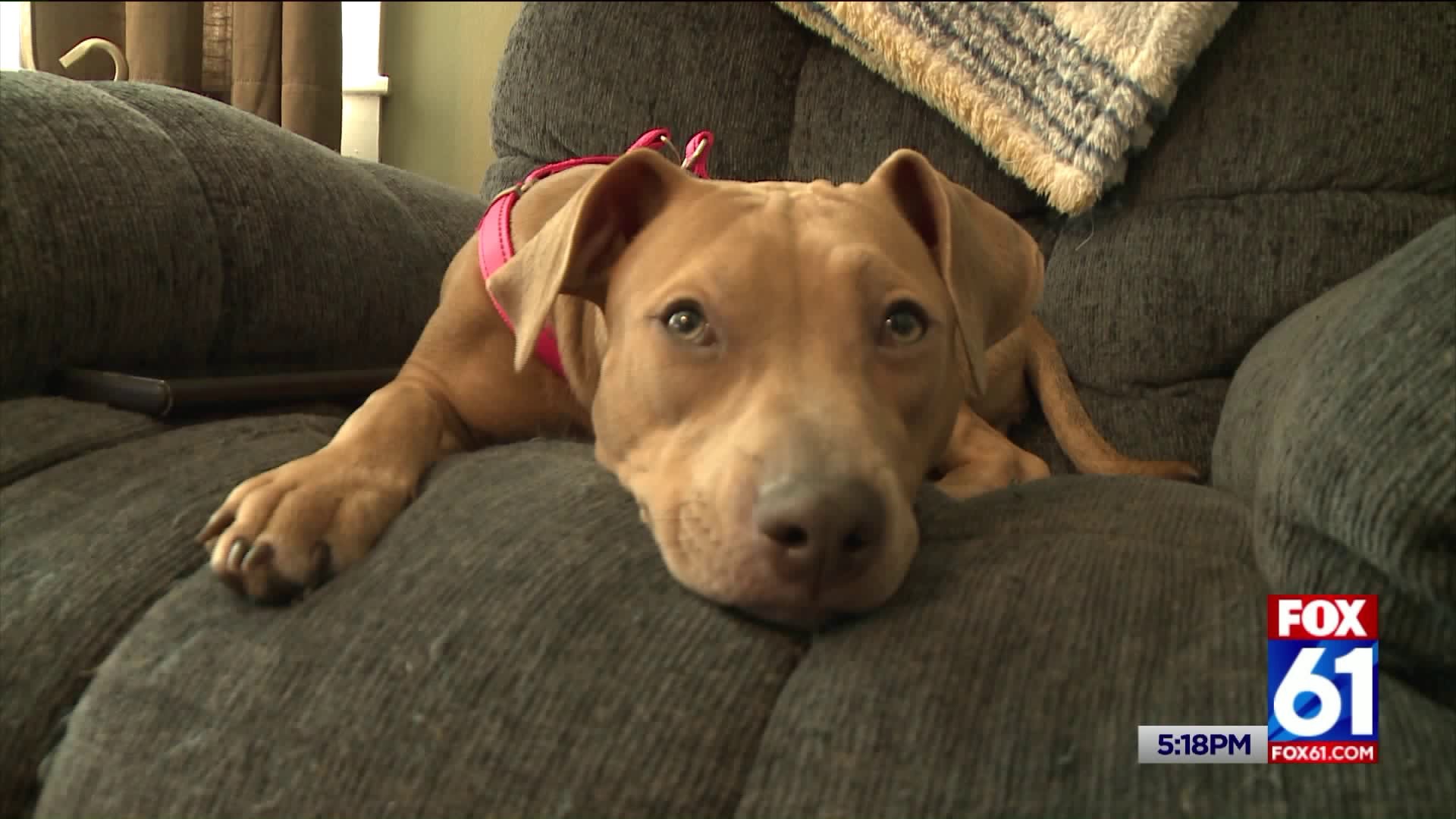 ENFIELD -- It’s a call no pet owner ever wants to get.

A typical Thursday afternoon took a tragic turn, Jennifer Franceschina’s teenage son was out walking their dog Koa when he slipped his collar.

“I spoke with officer Austin who said Koa pretty much ran right into the tire, he tumbled and landed right where he was. The car didn’t stop and obviously they were driving faster than normal. It looked like he went quick,” said Franceschina.

Koa was just two years old and was a registered support animal for both Jennifer and her son. “He was a little protector of his family, he loved all of us. I’m going to miss that squishy face of his” said Franceschina.

Jennifer told FOX61 if nothing else was to come from this tragedy, she at least hopes that it will teach people to slow down, especially in residential areas like this one and to also be more aware while driving. “We can’t control everything, this that are out of control happen, but speeding down a side street where children are, there should be consequences.”

Jennifer was told the accident was captured on a ring camera. We reached out to Enfield police but have not heard back.

After sharing what happened on an Enfield Facebook forum, Jennifer says she’s received an outpouring of support from the community. She hopes the person who hit and killed Koa will come forward but, in the meantime, hopes drivers slow down because she has children and another dog who live there.