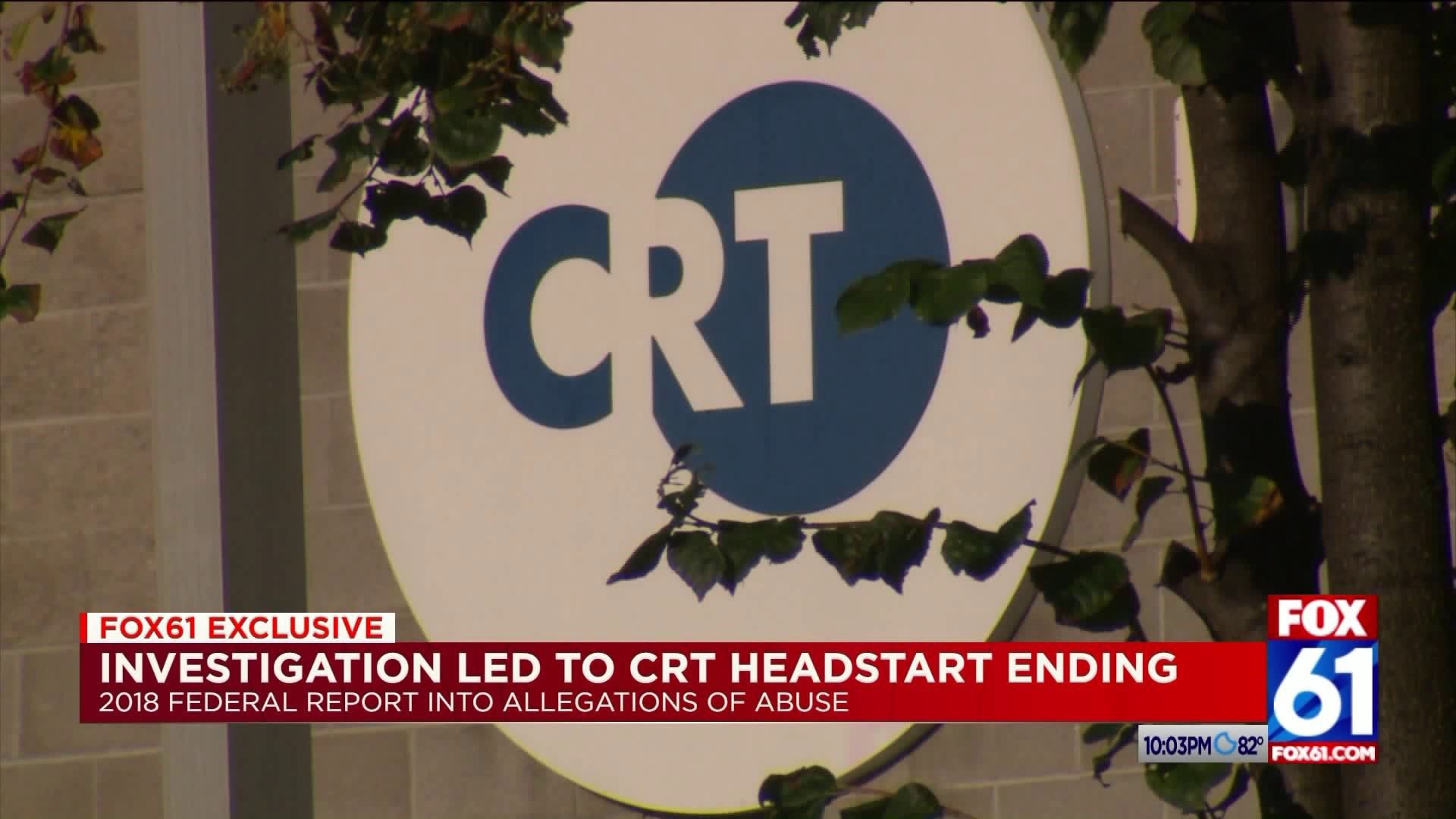 HARTFORD --  A federal investigation into several suspected child abuse incidents eventually led to a Hartford organization giving up its Head Start grant, suspending the program in the city for several months.

Through a Freedom of Information request, FOX61 obtained the 15-page report conducted by the Federal Administration for Children and Families.

Some incidents resulted in employees being fired.

All of the incidents highlighted in the report took place within the head start and early heard start programs. Following the investigation, CRT voluntarily relinquished its grant and chose to no longer operate the programs.

The investigation looked at incidents dating as far back as June 2017.

The revelations come more than a year after the report was completed, but on the same day parents learned about a separate CRT childhood learning program was cutting down on slots.

The report describes one instance in which “video footage found the assistant teacher forcefully held a child down on a cot, roughly turned him over, covered his face with a blanket and grabbed his ankle during rest time.” In that case the Department of Children and Families “did not substantiate child abuse,” but the it did document a concern around child guidance and neglect.

The Office of Early childhood cited CRT “for abuse and neglect” and “substantiated a finding of abusive treatment,” according to the ACF report.

A separate incident cited an employee "pulling a child by the hair and dragging a child across the room and poking a child in the head." The report found that one staffer “hit a child on the head with a stack of papers, grabbed and lifted the children by their arms and physically restrained children in a rough manner. That teacher was placed on leave and ultimately fired in February 2018.

It doesn’t appear anyone was charged with child abuse.

“Any of the individuals who were accused of that bad behavior over a year ago, they were fired, CRT communications director Jason Black told FOX61 Tuesday night. “They don’t work for CRT anymore and they will never work for CRT again,” he said.

Black also said: “They are now former employees, who had been at CRT who made bad decisions and didn’t do the right thing with their classrooms. Those employees were immediately terminated and n longer work for us. It did trigger where we are with the decision to terminate the head start program which was almost a year ago now. Since that time we’ve made a lot of efforts to ensure that all of our teaching staff and teaching aides and assistants have ample opportunities for education and extra help as they need it in the classroom.”

This investigation led to the end the head start program under CRT. Earlier this year head start was brought back under the Community Development Institute, which is a different organization.