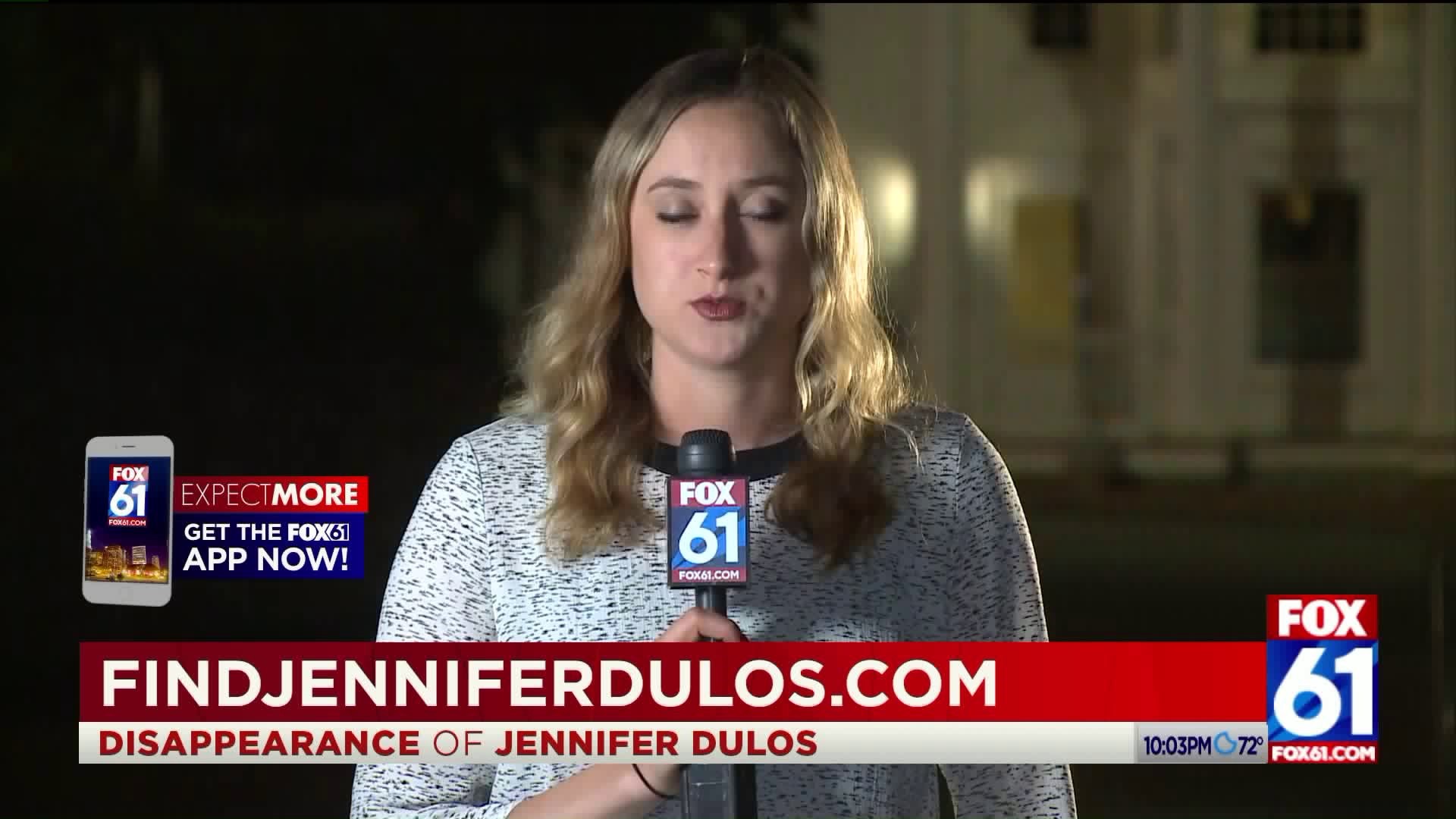 HARTFORD -- On Monday afternoon, Fotis Dulos was in New Canaan cleaning the property he owns.

FOX61 cameras caught Fotis sweeping the entryway, sweeping front steps and throwing things into a dumpster that sat in the driveway, all while wearing his ankle monitor.

Last week, he pleaded not guilty to charges related to his estranged wife Jennifer Dulos’s disappearance.

It was inside of his New Canaan house on Sturbridge Hill Road where neighbors said they heard “loud banging noises” the morning after Jennifer was reported missing.

Jennifer's Chevrolet Suburban was found abandoned at Waveny Park on Friday, May 24, just a short drive from her New Canaan house where, according to court records, police found blood stains and blood spatter.

FOX61 obtained new motions filed by Fotis’ defense including a motion to preserve evidence and a motion to return seized property. His defense attorney Norm Pattis is seeking to preserve all recordings, documents, photographs and statements; Pattis also wants items to be returned to Fotis to help build his defense.

Those items include vehicles such as a Ford Raptor truck and a Chevrolet Suburban, a server, a laptop, iPhones, hard drives and personal papers.

Fotis, 51, has been charged with evidence tampering and hindering prosecution in relation to the disappearance of his wife Jennifer Dulos, a mother of 5.

Troconis posted bond days before Fotis, who was released from custody last week.