NEW BRITAIN — New Britain Police have opened an internal investigation into the actions of Officer Michael Slavin, but as of Wednesday he has not been put... 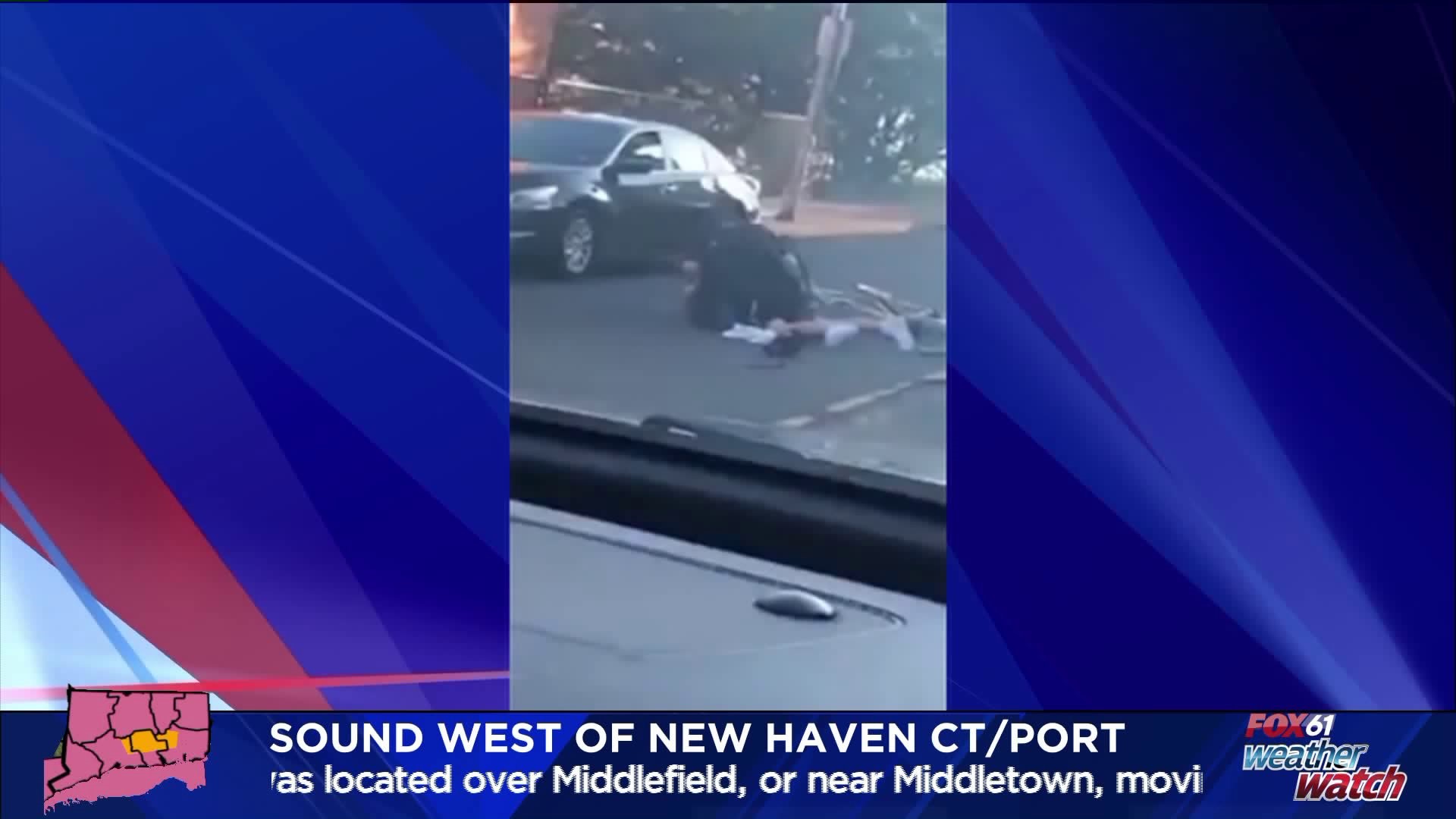 NEW BRITAIN -- New Britain Police have opened an internal investigation into the actions of Officer Michael Slavin, but as of Wednesday he has not been put on desk duty.

In a sling and covered in scrapes and bruises, Dennis Ramos told FOX61 his story.

“I was handcuffed and he was beating me in the face,” he said.

Ramos is the man seen pinned to the ground in the video as he’s being punch by Officer Michael Slavin. He talked exclusively to FOX61.

“I didn’t have a knife or anything,” he said.

Dennis Ramos claims he was tackled in the middle of the street after riding his bicycle past a bodega on the corner of Clark and North Street Saturday.

Ramos admits he has a drug problem. He was caught with a crack pipe.

But he was only charged with resisting arrest and disorderly conduct.

Police Chief Chute said, “This video captures seconds of an encounter one of our officers had with a suspect who was resisting arrest and refusing to show his hands.”

We showed the video to neighbors.

Jose Garzon said, “Wow. To be honest, I don’t know the whole context.”

New Britain Mayor Erin Stewart declined our request for an on camera interview but released a statement saying, “I am in discussions with the police chief about the incident and will be sure an internal investigation is done.”

“It comes from the top down. I think the mayors office needs to do more.”

We also learned Wednesday that this isn’t the first time Officer Slavin has been under the microscope. He was one of four officers investigated by the state’s attorneys office in connection to a deadly shooting in 2017.

Though their action were found to be justified, it’s still the subject of litigation.