HARTFORD – A West Hartford man spoke out about his concerning experience with a Lyft driver on Wednesday. The entire incident was recorded on his cell pho... 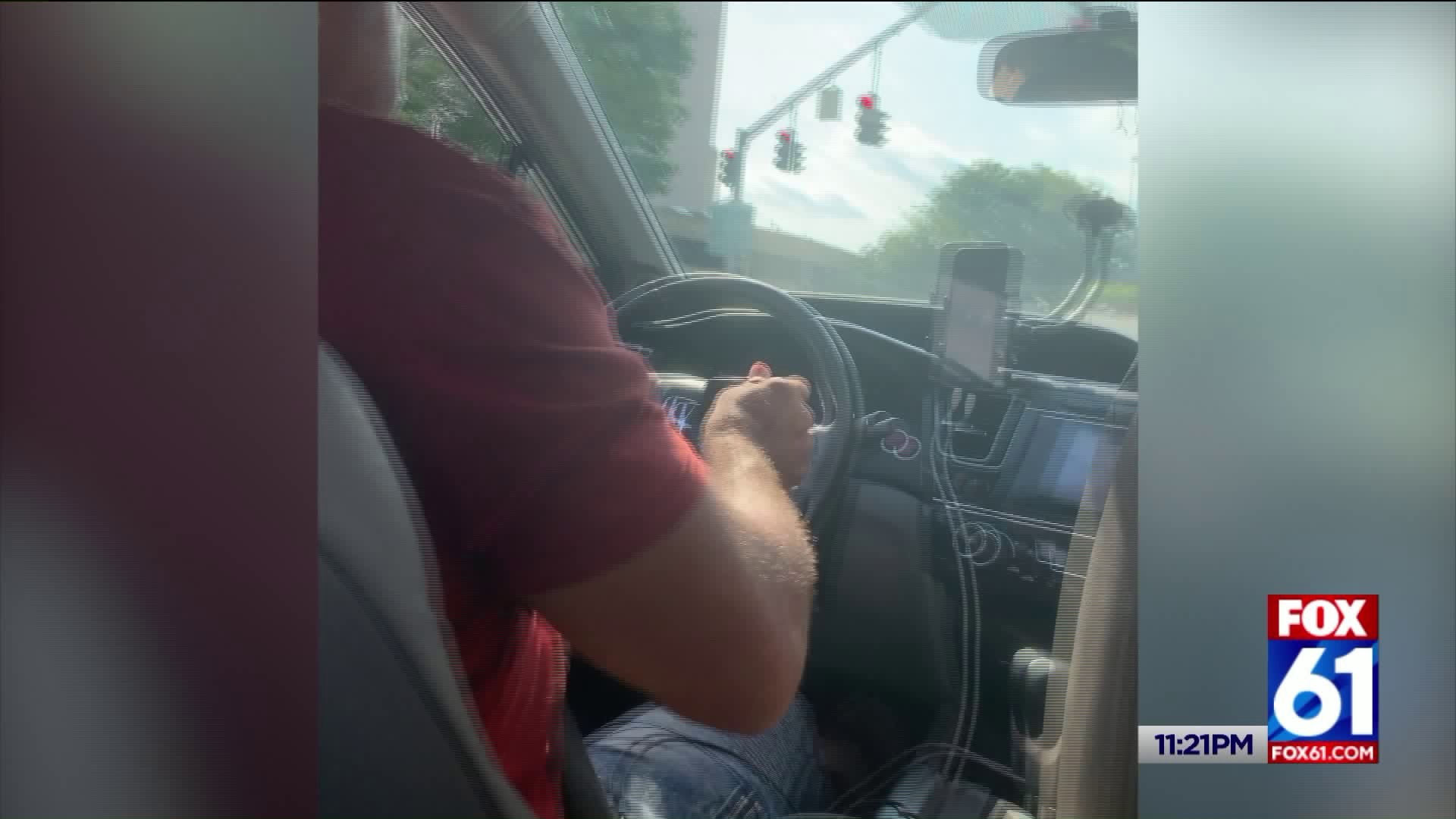 HARTFORD - A West Hartford man spoke out about his concerning experience with a Lyft driver on Wednesday.

The entire incident was recorded on his cell phone.

This is also coming as a reminder for passengers to be careful over who's car they are getting into.

The Lyft driver was supposed to take Garrett Fecteau back to his home in West Hartford but instead, the driver pulled over to a sidewalk in Hartford and kicked Fecteau out and almost caused a physical altercation.

"I just felt really unsafe in the car and I felt that the manner in which he acted was very unprofessional," said Fecteau of West Hartford.

Not long into the drive after picking Fecteau up from the airport, he said he was startled by a tractor trailer that laid their horn behind them because the Lyft driver was going 45 miles per hour on I-91.

"At this point, I was startled and I alerted him to the fact that hey from a speed perspective, I think you need to speed up or get out of the vehicle's behind, it's not going to be good for either of us," added Fecteau.

That is when Fecteau started recording.

"He became defensive and then escalated in his tone," added Fecteau.

Seconds later, the driver made a phone call and told someone in Spanish "he wanted me to go 65 when the highway is no good."

After the phone call, there is a brief moment of silence and then the driver turned off the AC, but you could hear Fecteau asking to put it back on.

The driver then told Fecteau to get out of his car.

The driver ended up dropping Fecteau off of a sidewalk on Market street in Hartford.

Fecteau now has this message for passengers.

"Make sure that people are thoughtful in their approach in using these types of ride sharing services," added Fecteau.

FOX61 reached out to Lyft for a statement and they said:

"Community safety is fundamental to Lyft and we responded immediately when we were notified of this incident. We have permanently banned this driver from the Lyft platform, and reached out to the rider to provide support and assistance."

Fecteau said he is commending Lyft for their quick response in addressing the issue. He said the company even reimbursed him for his ride and offered a credit to keep him as a customer.