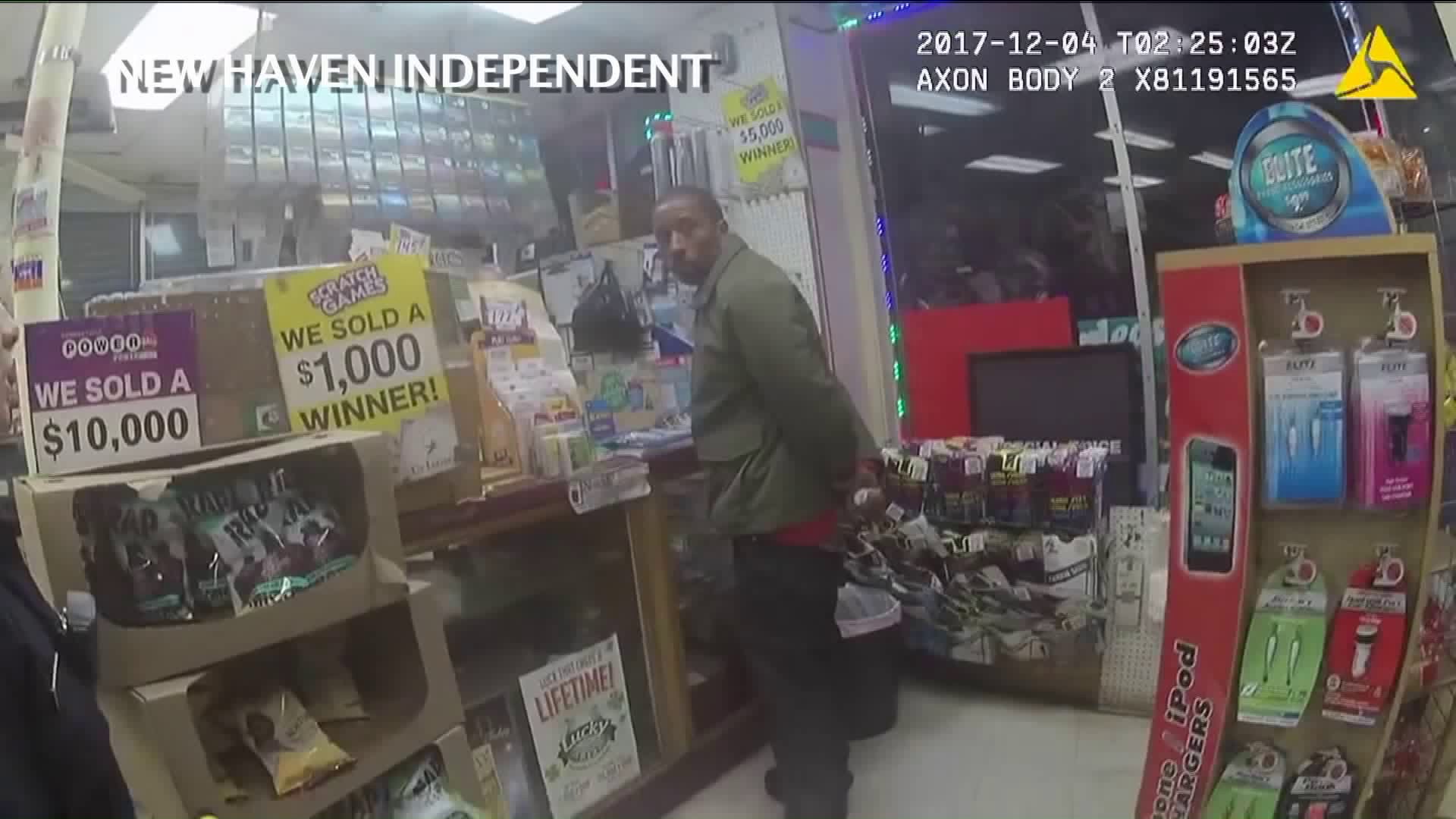 NEW HAVEN --  The New Haven man, tasered by New Haven police, inside an Elm City convenience store on December 3, believes police were unjustified in firing the stun gun at him.

Police asked 36-year-old Rashae Jamaal King to produce an ID. When he told them he was simply there to buy a lottery ticket and water, one of the officers said we don’t care about your lottery ticket.

King said he panicked at the unexpected request to show his ID.

“I was kind of skeptical of reaching in my pocket because things that have been going on I didn’t want to make no sudden moves,” King said.

But, he apparently did not comply quickly enough for officer Kenroy Taylor.

“I didn’t do nothing,” King can be heard and seen saying on Taylor’s Andy camera video, which was released to the New Haven Independent last week.

His attorney says his client deserved no such treatment.

“Someone that walks in to buy a water and a lottery ticket shouldn’t end up with tasers in his chest and criminal charges that now he has to answer for,” said Attorney Michael Skiber

“Turn around,” instructs officer Lindsey Nesto on the video.

“Turn around,” screams Taylor one more time before firing the taser.

"Overall, when you watch it from the beginning to the end, my take is that their training was not followed,” said New Haven Police Chief Anthony Campbell during an interview with FOX61 Friday.

Officer Nesto says the reason she, Taylor and another officer followed King into the store was because they encountered King acting erratically, blocking traffic and almost getting run over by a car on nearby Ellsworth Avenue about an hour and a half earlier.

“If he was causing an incident (on Ellsworth Ave) that also would be on the body camera and we have yet to see any sort of that footage,” said Attorney Skiber.

King says he was not on Ellsworth Avenue and did not take part in any such activity that evening.

Nesto also said that, based on how King’s eyes, looks and his actions, her experience told her that he was under the influence of some sort of drugs, perhaps PCP.

Neither King nor his lawyer would say whether they will pursue a lawsuit against the New Haven Police Department.

They both commend Chief Campbell for being critical of his officers' response, including lack of de-escalation tactics employed. The three officers, who were not suspended, were scheduled to go through retraining Tuesday.