MERIDEN – While Meriden police won’t reveal much about their investigation into the double shooting in the city late Monday afternoon, they have confirmed... 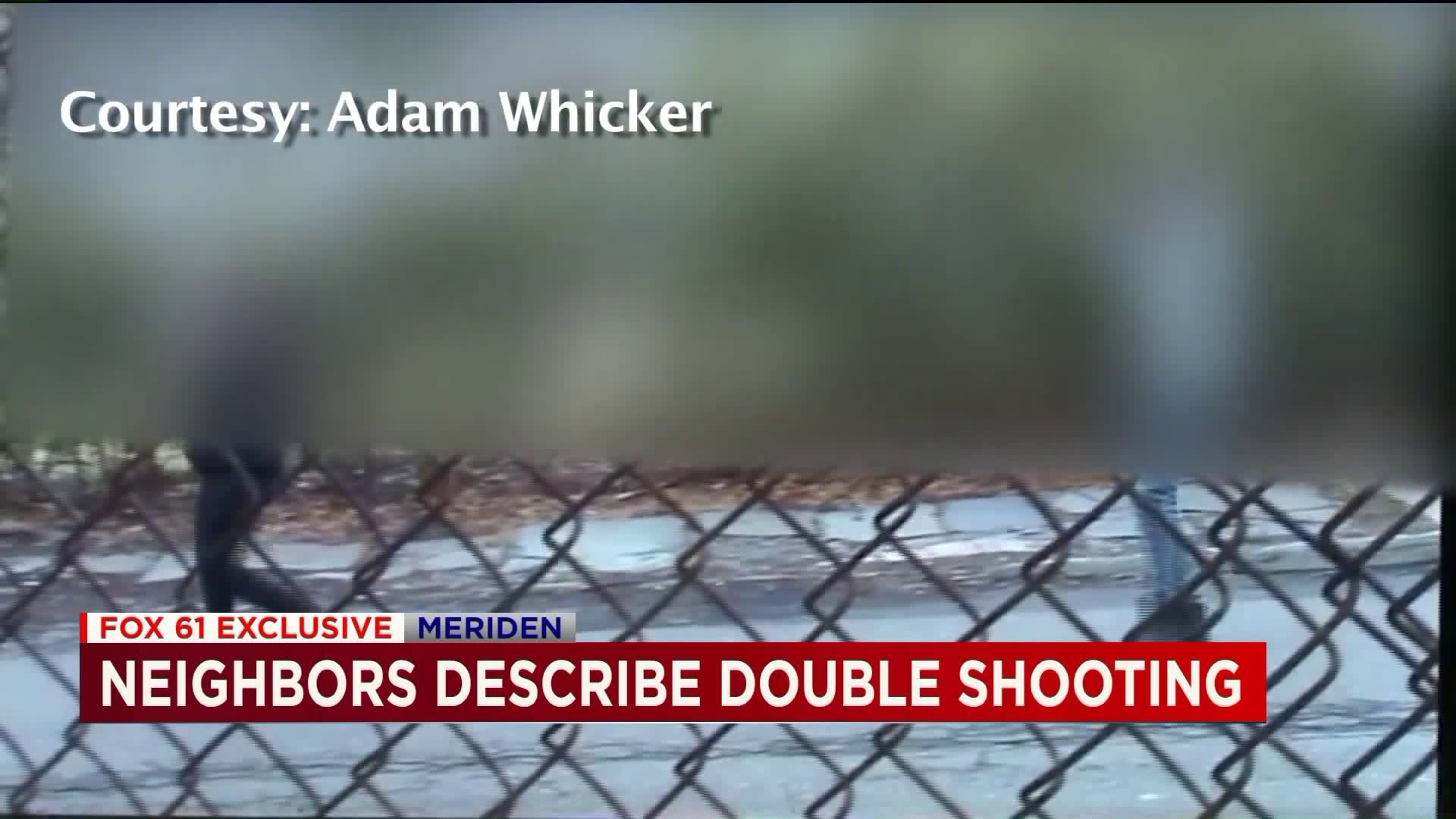 MERIDEN - While Meriden police won’t reveal much about their investigation into the double shooting in the city late Monday afternoon, they have confirmed the two shooting victims are African-American males, ages 23 and 24.
One of the victims have been released from the hospital, but the other remains in critical condition.
Police said the victims and those responsible for the shooting near intersection of Grove Street and Union Street know one another.
After the shooting, much of the police activity was focused about a block from the shooting scene on a multi-family home at 61 Washington Street, where police were told whoever was responsible may be hiding.
FOX61 exclusively obtained a cell phone video of police as they were instructing the occupants of that home to come outside.
“On the ground. White hoodie, on the ground! White hoodie, on the ground, now! On the ground. Feet wide. Hands wide. Do not move,” said member of the Meriden Police Department in the video.
And, right on the corner of Washington St., and Grove St.,  a man working on his car watched one of the victims get shot outside of a car.
“Once I seen the kid go down, I called 911 and started heading over there toward him,” Brian Colon exclusively told Fox 61. “Before I got there, he jumped in the car. His partner backed up, they jumped in the car and they took off.”
Over a mile from the shooting scene, police were able to catch up with a Nissan, which sped from the scene and was carrying the two shooting victims. The driver of the car said he was trying to find Midstate Medical Center.
As of mid-afternoon Tuesday, one of the victims had been released from the hospital,while the other remains in critical condition.
Meriden police were again combing through this neighborhood Tuesday morning. However, they won’t said what this dispute was about.
Residents of this neighborhood said they fairly regularly hear gunfire. A couple, with a two-year-old, said they can’t wait to move out even though they’ve only lived in the neighborhood for two months.